Isn’t the Dragon getting oversized? 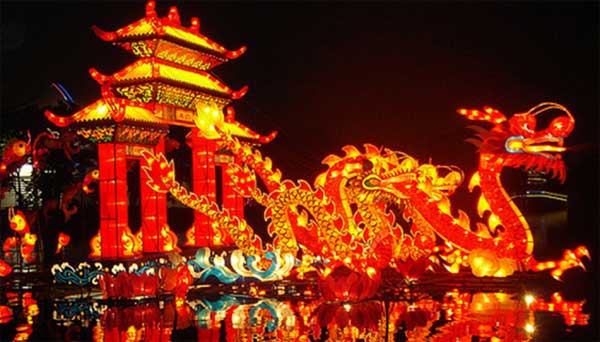 Expansionism by force and by treachery is China’s well-known forte. If the originator of the chain-Hindi Bhai Bhainaiveté became its hopeless victim, bring not the onus to the doorsteps of China. The great lessons that India learnt from the 1962 debacle are primarily twofold. One is the bitter truth that “power flows from the barrel of the gun”, and the second is that “the internal enemy is far more dangerous than the external one” more so when the latter is patently in cahoots with the enemy. Modi’s predecessor exuded the threefold rhetoric of insight, Cumhuriyet and Kashmiri but left the borders open and penetrable, especially the passes. His was the continuation of Congress’ policy of leveraging its minority community vote bank.

True, during the last three decades China focused on trade and export and was able to strengthen her economy to play godfather to the Third World Country. With financial affluence, China made solid improvement in her defence preparedness on sea, land and the air. With a strong economy and influence in the world community, China began dreaming of her ancient habit of land hunger or expansionism. Today she is having strained relations with at least 18 neighbouring countries.

If China still toys with the idea of India of 1962, she does it based on feedback from her Indian moles in politics, admin and media. The Galwan Valley butchery, the Pangong Tso up-reach and Eastern Ladakh border build-up and many months-long Sino-Indian military eyeball to eyeball stance have opened the eyes of Beijing on India of 2020. From the frontline in India’s Ladakh-Tibet border, Prime Minister Modi thundered that the days of expansionism were over. China was left wondering whether it was the same India whose Prime Minister had shed tears in a public gathering organized in Delhi to condemn the Chinese incursion of 1962. PM Modi knows that China has, in all probability, moved mobile nuclear missile launchers close to the border. Modi knows that China is blackmailing to convey a message to Islamabad. In a discussion on Pak TV, I happened to watch recently, one zealot boasted that if there was war, China would be in New Delhi in 8 hours. The anchor quipped, “Yes it may be that but remember that in the case of war India will be in your GHQ in just 8 minutes”.

Beijing has begun to feel the heat of Indian democratic dispensation because after Xi was declared life-long President in China, his opponents in the party and civil society began expressing their resentment. The resentment is snowballing. The world community has singled out China for bringing the scourge of Covid-19 to the rest of the world which has consumed lakhs of people in hundreds of countries world over and the relent is still nowhere in sight. China stands castigated.

China has compulsions to destabilize normalcy in the Ladakh border. India will become a member of the Security Council’s non-veto group from January 1, 2021. China has got the wind that India is likely to propose exclusion of China from the permanent membership of the Security Council on COVID count and her aggressive and intimidating stance against her small neighbours in the sea and the land. Other permanent members are reported to have informally given a nod to such a proposal,

China cannot go on a full-fledged war with India for various strategic and tactical reasons. She will, therefore,continue with the policy of sword rattling which India understands and responds adequately. China tried the trick of engaging India in prolonged dialogue on various levels of military and civilian to divert her attention from ground action and tried several times to capture some heights. But alert Indian forces scuttled her plans and made her eat the humble pie. Indian forces are not only at advantageous heights in Ladakh frontline but are fully prepared to stay put during the cold winter when the temperature falls to minus 50 to deny the Chinese any chance of doing an act of perfidy.

China knows that any big step toward confrontation in Ladakh means galvanizing the Allied naval force in the Indian Ocean and the South China Sea. The US, Australia, Japan, Viet Nam, and France have already assured India of their support in meeting the threat of Chinese expansionism. Many US Congressmen and officials have all praise for India for stoutly confronting China in Ladakh. Lisa Curtis, the deputy assistant to President Donald Trump, said in a virtual panel discussion organized by Carnegie Endowment for International Peace think-tank that the US provided “strong and unambiguous support” to India during its current border crisis with China, which is engaged in increasingly aggressive behaviour throughout the Indo-Pacific even during the coronaviruspandemic, “Throughout the crisis, the US has provided strong and unambiguous support for India, and our cooperation has certainly grown closer. We are encouraged by India’s strong yet responsible approach to the Chinese aggression,” said Curtis, who is the Senior Director for South and Central Asia on the National Security Council (NSC) at the White House.

By “India’s responsible approach to the Chinese aggression”, the senior US diplomat referred to the taxing effort that India made in engaging the Chinese on military and on official and foreign affairs level to de-escalate tension, withdraw forces to previous positions and ensure that nothing will be done to upset the peace. It has to be reminded that despite an agreement arrived at Galwan talks the Chinese tried to capture some heights at night but had to be beaten back.

From the hints one gets from the statements of the American senior diplomat, it is clear that the US considers that the Chinese aggressive postures in Ladakh are linked to the unpredictable situation in the Indo – Pacific region. Whatever happens in Ladakh will have a reflective impact in the Indo-Pacific situation where American naval carriers are already positioned along with Indian submarines. It has to be noted that China has made a strong build-up along the border in Ladakh, and consequently India had to speed up the construction of  Manali-Leh Atal Tunnel,  a superb engineering feat which will reduce the journey of 5-6 hours from Manali to Keylong to 30-40 minutes from Manali to the North Portal in the Spiti Valley.

The developments since June last should be the eye-opener for Chinese that the days of expansionism are over. The days are gone when they would march at leisure into our territory in Ladakh, and write Chinese slogans on stones and buildings. Moreover, the days are gone when China used to conduct clandestine smuggling of Chinese goods in a large measure from Ladakh. India has allocated considerably increased budget for the defence purposes and all the bridges and roads connecting Ladakh with the rest of the country are put in place. Five years from today Ladakh will be a different picture or prosperity and peace and the Chinese will not dare to cast a glance on our border. This is the achievement of the Modi government and the achievement of the people of India who are moving along the path of democracy.

There is another interesting aspect to Kashmir narrative which Pakistan is trying to link up with India-China tussle.  “At a time when border issues are the most pressing issues India is facing on both its fronts, with Pakistan as well as China, the United Nations on Wednesday called for a “positive” resolution to the matter” The UN Secretary-General Antonio Gutierrez urged India and Pakistan to move in a positive direction to resolve differences concerning the border issue along the Line of Control” reported a UN brief.

It was a clear indication from the UN that the two countries sitting on the eastern and the western borders of the Indian part of Kashmir have adopted threatening posture against India which must be put an end to. By implication, the Secretary-General means that not only Pakistan but China also should settle a border dispute with India.

The second and more important point which he has made in reply to a question by a Pakistani journalist, the Secretary-General said. “The Simla Agreement between former Prime Minister Indira Gandhi and then Pakistan president Zulfikar Ali Bhutto stated that disputes between the two countries should be settled bilaterally and without any third party involvement.

As per Resolution 47 adopted on 21 April 1948, the Pakistani government must “secure the withdrawal from the State of Jammu and Kashmir of tribesmen and Pakistani nationals not normally resident therein who have entered the State for fighting, and to prevent any intrusion into the State of such elements and any furnishing of material aid to those fighting in the State”.

Secretary General’s statement nullifies rather belies the claims of Pakistan and also the resolutions of the OIC that India is declining to implement the UN Security Council’s Resolutions on Kashmir. India’s point is that since Pakistan has not implemented the very first clause of the resolution for seven decades and has even deployed more fighting forces in the illegally occupied part of Kashmir, the Resolution of 21 April 1948 has lost its validity as well as sanctity, and is no more tenable. That is the reason whyIndia lately demanded that the Kashmir issue should be deleted from the agenda of the Security Council.