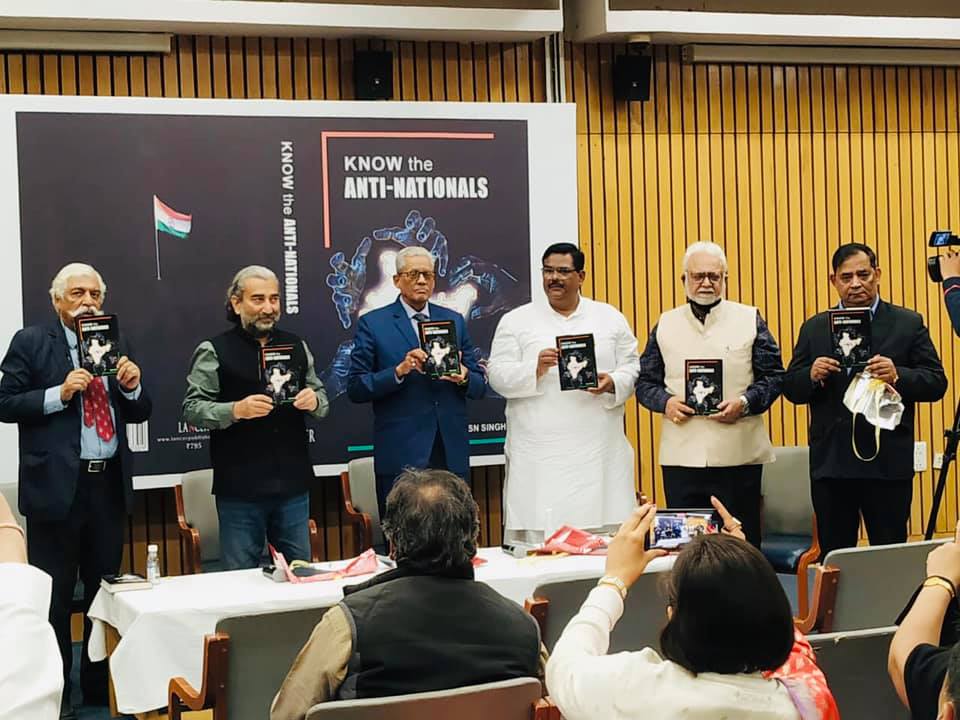 Two alleged contract killers from Faridkot in Punjab, Sukhvinder  Singh (25) and Lakhan (21), deployed through the aegis of Pak ISI Dubai network, were apprehended by the Special Branch of Delhi police on 26 Feb. Armed with two foreign made pistols, they were on a mission to assassinate Sushil Pandit, a beacon of displaced Kashmiri Hindus. Only two days before, on 24 Feb, Sushil, was one of the main discussant at the book release ceremony of this author at the India International Centre. The book coincidentally is titled ‘KNOW THE ANTI-NATIONALS’ which discusses the same forces  which are baying for the life of Sushil Pandit.

Sushil Pandit has been fiercely fighting for the cause of Kashmiris who have been suffering   since their exodus in 1990. This was the eighth exodus of Hindus from Kashmir, particularly since 14th century. Dubai has become convenient location for orchestration of anti-India activities. It is here that that all anti-India forces conveniently converge. One of the measures of  the shady side of politicians is the number and frequency of trips to Dubai.

The recruitment of Punjab based criminals for this assassination plot should not come as surprise. For a very long time now the military-intelligence establishment of Pakistan has been engaged in widening the arc of proxy war by assimilating Punjab in the jihadi  proxy war framework. There have been any number of jihadi attacks on 108 km Jullundur-Pathankot segment of the 663 km NH1A. The most provocative being the attack on Pathankot IAF airbase in Jan 2016. A year before three Pak sponsored jihadis donning army uniforms  fired indiscriminately  in a bus  and then attacked Dinanagar police station killing four policemen including a SP. The desperation to revive proxy war in Punjab after two decades was writ all over. There were other ingredients sought to be added in  Kashmiri jihad and Khalistan cocktail.i.e use of Kashmiri student  jihadis ostensibly availing education facilities in college and universities, both private and govt, in Jullundhur, Chandigarh and Patiala. Some Hizbul Mujahideen student  jihadis participated off and in terror attacks in Kashmir with their college serving as base to fall back upon. Majority of them were pursing technical courses. In Oct 2018, in a joint operation, the Punjab Police and the Special Operations Group (SOG) of J&K police busted a terror module with the arrest of three Kashmiri students linked to terror outfit Ansar Ghazwat-ul Hind. They also had links with JeM in Pakistan. The police recovered AK -47 and explosives from them.

Most recently on 15 Feb, the DGP of J&K, Dilbagh Singh said that Kashmir centric terrorist outfits have been utilizing Kashmiri students in Punjab educational institutions for smuggling of weapons. He revealed that one Kashmiri student undergoing nursing course in Chandigarh was apprehended with 7 kgs of IED upon his arrival in Jammu. The Police chief added that that Kashmiri students are procuring weapons from Bihar as well. It can be therefore be inferred that jihadism in Kashmir has linked up with the crime syndicate in eastern UP and Bihar, the route runs through Punjab. It is strange that the one of the main architects of jihadi crime corridor Mukhtar Ansari is ensconced in Roopnagar jail in Punjab under the alibi of a fabricated extortion crime. He is thus being politically sheltered from the UP govt which has issued two dozen warrants against him for heinous crimes. Ansari, along with Atique Ahmed and Shahbuddin of Bihar had carved out a crime corridor in eastern UP and Bihar. They enjoyed the patronage of Pak ISI. One major reason jihadism has proliferated in India is because confusion between Law & Order and Internal Security.

This year, in end Jan,  Amrinder Singh cautioned  that after October 2020, since the farmer agitation began, there has been an unprecedented spurt in arms drops by Pakistan by drones. Concimitantly, there also has been rise in heroine smuggling, he said. He expressed his anxiety over the possible collusion of Pakistan and China  in Punjab, situated in West and North of the state respectively. Considering that 20 percent army is drawn from in and around Punjab, it had the potential to endanger  the morale of the Army as such.

The  enemies within, of various hues, even though historically and ideologically mutually inimical, have over a period managed to forge strong links against the motherland. In this bid they are complementing each other. Khalistani youth accepting Rs 10 lakh supari for assassinating Sushil Pandit is a testimony to that complementarity. Post abrogation Article 370, Kashmiri Jihadis are targeting everyone who are trying to avail the new domicile law. These are the unfortunate Hindustanis who all these years were deprived of state citizenship or reduced to second class non-citizens. They Kashmiri jihadis have per perpetrated gruesome murders of citizenship seekers.

In the morning of 17 Feb, three terrorists entered Krishna Dhaba in Sri Nagar, fired at the co-owner Akash Mehra, who days later succumbed in the hospital. The Resistance Front (TRS), an affiliate of the LeT claimed responsibility. The first module of TRF was busted in March 2020. The attack was brazen display of Jihadi terror, given the location of Krishna Dhaba– in the vicinity of the residence of Chief Justice, the UNMO, Hq 15 Corps. The attack also coincided with the visit of 23 European envoys, lodged in the nearby, Hotel Grand Lalit.

On 31 Dec 2020 TRF jihadis killed Satpal Nischal, owner of a jewelry shop  in Sri Nagar. He paid his life for receiving a domicile certificate. The TRS accused him of being an agent of demographic change in the Valley. At the very outset, TRF had issued warning  that anyone who applies for  domicile status will be deemed as an occupier and an agent of RSS. It may be mentioned till September 2020, nearly 21 lakh domicile applications were received, and nearly 17 lakhs people were issued certificates. As per the new domicile law any non-kashmiri  who has resided in J&K can apply for domicile status, with all the attendant rights and benefits. 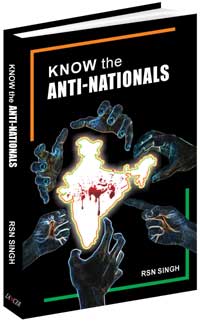 In reality the Kashmiri Jihadis are not averse to demographic change. They do not resent if Chechens, Pathans, Uzbeks and Rohingyas find permanent residence, because of their Islamic extraction. They infact treat them as demographic dividend—the destroyers of Kashmiriyat! They are pathologically averse to Hindus even Kashmiri Hindus. This pathology was part of the conversion package of their forefathers.

The wounds that were inflicted on Kashmiri Hindus during the exodus in 1990 continue to fester. The jihadis robbed their land,wealth and modesty. This was the eighth exodus of Kashmiri Hindus since 15th century—the longest and the most sinister religious persecution  in history!

The major objective of abrogation of Article 370 is to reverse the exodus and to snuff out Jihadi terror. It cannot be done without demographically pitting true Hindustanis against pro-Pak jihadis seduced by the idea of Ummah and Dar-ul-Harb. Till now the jihadi challenge has been met by security forces. Ideological wars are best fought at demographic levels.

Sushil Pandit is on the Kashmiri  Jihadi radar because he the most prominent voice of displaced Kashmiri Hindus, because he represents Kalhana’s Kashmir, because he is a symbol of Kashmiriyat. The jihadis perceive him as an agent of change for demographic course correction. The jihadis reckon that his elimination will deter others from applying for domicile status.