Is Transfer of Defence Technology an undesirable route for India? 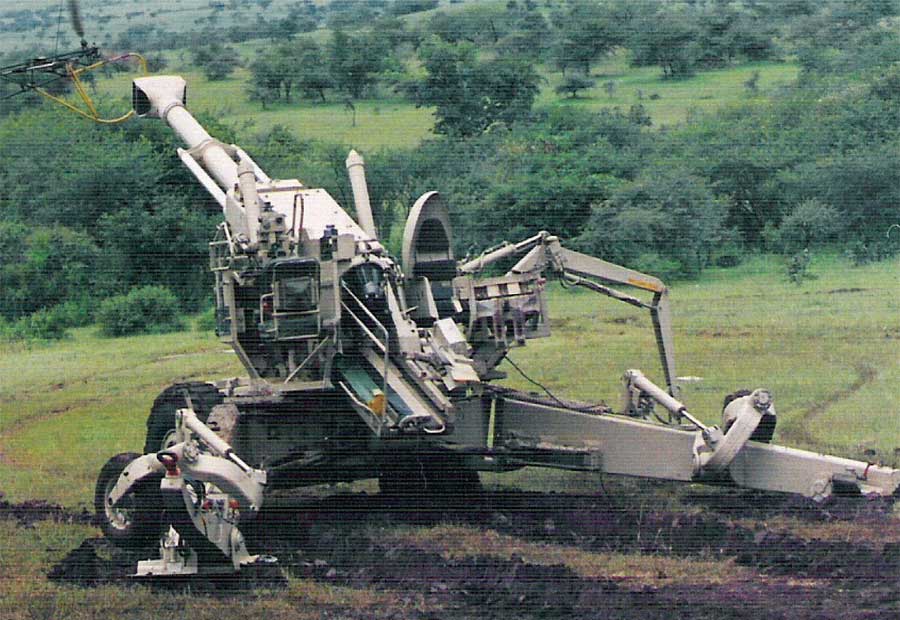 India’s march towards the acquisition of competitive defence technology and thus gain assured capability against the military threats it confronts has essentially two routes. The first is indigenous development and the second, import.1

Despite considerable thrust in that direction, albeit with an understandably limited budget, progress towards self-reliance in defence technology has not reached the milestones that were set.

The first route was adopted in the 1950s when the Defence Research and Development Organisation (DRDO), Defence Public Sector Undertakings (DPSUs) and additional Ordnance Factories (OFs) were established.2

Despite considerable thrust in that direction, albeit with an understandably limited budget,3 progress towards self-reliance in defence technology has not reached the milestones that were set.4 While overall indigenous development and production has significantly increased in technology levels and volumes over the decades, it has been offset by a faster evolution of defence technology in the world. Consequently, the defence forces continue, as in the past, to depend on imports of competitive defence technology systems. Today, India holds the embarrassing distinction of being the largest importer of defence systems in the world.5

The second route to acquire competitive defence technology is their import. Executed under the rubric of ‘Transfer of Technology’ (ToT), this comprises of arrangements wherein foreign supplier firms provide ‘technology’ for enabling the buyer to manufacture defence systems. Since indigenous capability was limited, India has been using ToT to shore up its defence production capabilities from as far back as the 1960s and 1970s.6

‘Transfer of Technology’ gives the impression, to the average person not acquainted with the details of such matters, that it will magically elevate defence production capabilities to cutting-edge levels. After which, India would attain self-reliance in that particular domain of technology for all the years to come. If that had been the case, India would have become self-reliant decades ago in fighter aircraft, helicopters, armoured tanks, artillery guns and numerous other defence materiel. India has been the recipient of these technologies since the 1960s and has full-fledged Ordnance Factories and Defence PSUs dedicated to their production.7

That these factories have not been able to absorb and build on the received technologies is viewed by many as a failing, for reasons of incompetence, poor management and short-sightedness.

That these factories have not been able to absorb and build on the received technologies is viewed by many as a failing, for reasons of incompetence, poor management and short-sightedness. While these may have been contributory factors, digging a little deeper reveals a whole plethora of factors linked mainly to the legal clauses protecting the rights to industrial/intellectual property (IPR) of technology sellers. While protection of these rights is justifiable considering the substantial investment made by the seller, the generally prevalent oligopolistic environment in defence technology has been exploited by many through the adoption of measures which could, arguably, fall under unreasonable restrictive trade practices.

ToT has not been confined to defence systems only. Firms in the developed world have been selling civil technology to less developed countries as a means to increase the returns on their investment over a wide range of products. Sellers have used numerous ways of excessively milking technology transfer arrangements, till growing resentment prompted the technology buying, less developed, countries to introduce regulations to protect themselves. In 1970, the matter was formally recognised by the United Nations Conference on Trade and Development (UNCTAD) with the setting up of the Inter-Governmental Group on ToT for drawing up a Code of Conduct.8

Today, the UNCTAD document on Transfer of Technology provides an exhaustive coverage of the various issues of regulatory measures, market competition, protection of IPR, Foreign Direct Investment (FDI) and encouragement of ToT.

In the 1970s and ‘80s, this aspect was hotly debated when it was noticed that the cost of making the Jaguar aircraft in India would be twice that of buying finished planes from Britain.

Technology seller firms have been known to: impose restrictions on field of use, volume and territory; ask for prolonged periods of validity (thus precluding its further development by the buyer); restrict any research and development in the field; impose non-competition clauses on the buyers; tie down the buyer to purchase material and parts from the seller; fix their own prices; impose restrictions in the event of the expiry or loss of secret technical knowhow; prevent challenges to the validity of the rights of the seller; impose grant-back provisions which force the buyer to transfer back to the seller, any improvements, inventions, etc.; and lastly, restrict exports.9

In addition to these, numerous export control arrangements and non-proliferation treaties such as the Wassenaar arrangement, Nuclear Non-Proliferation Treaty (NPT), Missile Technology Control Regime (MTCR), the Australia Group, etc. impose additional restrictions on export and transfers. While these, no doubt, hold universal acceptance for the righteous cause of preventing technology from falling into the wrong hands, they nevertheless impose heavy restrictions and are accused by some of being propagated by technology denial regimes.10

In addition to these restrictive clauses and export controls are the special agreements which supplier countries impose on the buyer. The Logistic Support Agreement (LSA) and others being thrust upon India by the US as pre-conditions for the Defence Trade and Technology Initiative are apt examples in this regard.11 Apart from compelling countries to compromise upon their foreign policy status, such agreements also seriously hamper ToT.

Finally comes the cost angle. ToTs enabling indigenous manufacture of defence systems appear, prima facie, to be cheaper than outright purchase of the system, given, as is the case for less developed countries like India, the availability of cheaper labour and use of existing infrastructure. Paradoxically, however, it is, in many instances, the other way around. In the 1970s and ‘80s, this aspect was hotly debated when it was noticed that the cost of making the Jaguar aircraft in India would be twice that of buying finished planes from Britain.12

A strong advantage that India has at this point of time is the economic slump prevalent worldwide, which has prompted a surge of competition among the foreign seller firms to partner with India in defence manufacturing.

Reasons for higher costs have been attributed to the costs imposed by the seller firms on patents, licenses, know-how, trademarks, over-pricing of capital goods and equipment supplied, and many others. 13

So is ToT an undesirable route for India? Would it be better just to keep buying defence systems outright until indigenous development catches up? These are questions which need to be answered keeping in mind the negatives discussed above, while at the same time taking into account the positives in the form of saved foreign exchange, employment generated, modernisation of production facilities, economic and industrial growth, possible spinoffs to commercial use and export. A lot will depend on how well these contracts are negotiated for the long term goal of self-reliance.

Therefore, Indian agencies would do well to deploy competent negotiators who are well trained and acquainted on connected matters of patents, licenses, pricing of technology, etc. by a special agency nominated for the purpose. A strong advantage that India has at this point of time is the economic slump prevalent worldwide, which has prompted a surge of competition among the foreign seller firms to partner with India in defence manufacturing. With detailed, well thought out, and executed negotiations, India may possibly be able to leverage the situation to turn ToTs into more effective means of building self-reliance in competitive defence technology.

4.David, Robin, “The Ministry of Defence is a bad organisation with no accountability,” Times of India, December 20 2015

2 thoughts on “Is Transfer of Defence Technology an undesirable route for India?”