Home  >  News  > Geopolitics  >  Is there an endgame in Afghanistan?

Is there an endgame in Afghanistan? 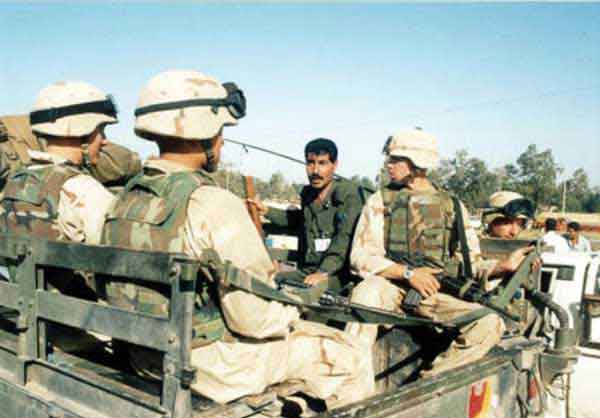 The visit of U.S. Defense Secretary Chuck Hagel’s visit to Kabul had been greeted by two suicide attacks on March 9 that left 18 dead. The Taliban were obviously leaving their calling card.

But the visit was a fiasco, as President Karzai insisted that U.S. Special Forces leave Wardak because of allegations of human rights violations and not only was the ceremony for the handing over of Bagram prison to Afghan authorities on March 10 cancelled, the press conference was also not held, ostensibly for security reasons.

Many Afghan leaders, and members of political parties also sought to distance themselves from President Karzai’s comments attributing this outburst to an attempt to show that he was not a U.S. puppet at a time when anti-US feelings in the country were on the rise.

President Karzai then threatened that his government would take unilateral action to take over control of Bagram Prison. This outburst had followed an earlier attack by Karzai when on March 10 he charged that the Taliban were killing Afghan civilians who were “in the service of America.”

As was to be expected, these comments evoked a sharp American rebuke with the U.S. Commander in Afghanistan Gen Joseph Dunford commenting that U.S.-Afghanistan relations were at a rough point.

He even feared that such remarks by Karzai could trigger insider attacks by disgruntled or radical elements against U.S. troops. Even the Taliban had mocked on Wednesday, saying that the U.S. was ignoring Karzai’s demands, and their spokesman, Zabihullah Mujahid, triumphantly said that “Poor Karzai is not guilty. His masters have put him in a very tough spot. Such talk from him is a sign of desperation.”

Indeed, there may be an element of truth in both the U.S. and Taliban comments about the state of affairs in Afghanistan. Many Afghan leaders, and members of political parties also sought to distance themselves from President Karzai’s comments attributing this outburst to an attempt to show that he was not a U.S. puppet at a time when anti-US feelings in the country were on the rise.

On the other hand, the Afghan Ulema Council urged that the US military hand over Bagram prison to Afghan control and withdraw from the gateway to Kabul, the Wardak province otherwise the US presence would be regarded as an “occupation force”.

Meanwhile, the security situation in Afghanistan has not shown any great improvement. The father and two brothers of the former governor of Kunduz province, Abdul Latif Ibrahimi, and the present speaker of the Afghan Parliament, Abdul Rouf Ibrahimi, were killed in a suicide attack on March 13 in Kunduz. There have been several similar lethal attacks against senior officials in Kunduz and Takhar provinces in the last two years.

There is suspicion in Kabul about what might be Karzai’s intentions regarding the Taliban and that he may come to a deal with them to buy his security and even longevity.

All the main actors in the drama in Afghanistan – President Karzai and his government, other Afghan political and regional leaders, the Taliban and their Pakistani backers, and the Americans themselves – await the finale of 2014.

On his third visit to Afghanistan in March, Republican Congressman Howard “Buck” McKeon, and Chairman of the House Armed Forces Services Committee, has recommended that the US retain 13,600 troops beyond December 31, 2014 along with a coalition force of 6000.

President Karzai is of course worried about his future beyond 2014 when the country goes in for fresh elections and his second term expires.

The U.S. dilemma is that it cannot completely leave Afghanistan for that country to once become a source of terrorist threat to the U.S., it cannot leave the region so long as Pakistan is unstable and home to Islamic radicals and the country holds nuclear weapons, Pakistan’s relations with India remain sour and Iran is a problem.

At the same time, there is exhaustion among Americans about the war in Afghanistan especially after the elimination of Osama bin Laden. This is probably reflected in the skirmishes in Washington D.C. among the various stake holders in the campaign in Afghanistan.

Apart from that, the Afghan government is worried about it is concerned about its own security with an inadequate Armed Force and an inimical Pakistan. Karzai’s recent outbursts against the US are part of the endgame which may buy him political space in Afghanistan post 2014.

There is suspicion in Kabul about what might be Karzai’s intentions regarding the Taliban and that he may come to a deal with them to buy his security and even longevity.

It makes sense for Karzai to work out a direct deal with the Taliban instead of something that the Taliban might work out with the Americans without keeping Karzai in the picture. The Afghan President may well be playing high stakes here, assuming that the U.S. largesse is unlimited and would keep flowing endlessly. He may be underestimating American fatigue and its budgetary constraints.

The tangled web also says that dealing with the Quetta Shura means in effect dealing with Pakistan. Pakistan, with a virtual veto to US options in Afghanistan, has steadily strengthened its position in Afghanistan despite setbacks in the US Pakistan relations.

In reality, Pakistan does not want a strong, predominantly Pukhtun force on its western borders with the Indian Army staring down at it on the eastern border.

At a time in 2009 when the US was negotiating with a section of the Taliban, Pakistan picked up a number of senior Taliban commanders from the Quetta Shura which clearly sent the message that no negotiations could be possible without taking Pakistan on board.

Pakistan has had the Afghan Quetta Shura, the Haqqani Network and even the Hekmetyar Group on its side, but in a post-2014 situation, it would need to work with the Hazaras, Uzbeks and Tajiks of Afghanistan, especially if the Taliban are not able to establish complete control in Kabul and Kandahar, leaving the outlying areas beyond its control. It would thus be necessary to have these ethnic groups on board to prevent Indian, Russian or Iranian presence among these groups, or a Pukhtun versus the rest civil war. However, the Pakistani stock with the ethnic minorities is not a great source of comfort for the Pakistan Army seen as the mentor of the Taliban.

Later, Pakistan’s Chief of Army Staff, General Asfaq Pervez Kayani, was apparently able to convince the Americans in his discussions in 2010 that an Afghan force of 400,000 was both unviable, as this would cost USD nine billion annually, and, that unable to sustain itself, it would break up into small groups that would resort to terror and crime for its survival.

In reality, Pakistan does not want a strong, predominantly Pukhtun force on its western borders with the Indian Army staring down at it on the eastern border.

Added to this, the Pakistan insistence has been the U.S. should ensure that Afghanistan formally accepts the Durand Line before leaving Afghanistan. There has been greater realisation and acceptance in DC that Pakistan has been duplicitous in its dealings, but it is now too late to correct that given that the date of withdrawal is irrevocable.

The Taliban game seems fairly simple. Lie low and wait it out with an occasional violent foray to remind others of their presence and keep their own morale high.

The problem for the US in assuring an orderly withdrawal and to decide on how much force to leave behind is the utter lack of trust between Afghanistan, Pakistan and itself. It is difficult to accurately anticipate how the situation will evolve in 2015 after the Americans go home, but whatever it is, it will not be a simple uncomplicated situation and may not be all that warm and friendly for Pakistan. However, this will not bring any cheer to India’s security interests either. We may have to contend with larger numbers of jihadi foot soldiers redeployed on our border.

One thought on “Is there an endgame in Afghanistan?”