Is there a need for fresh ‘code of ethics’ for the Armed Forces? 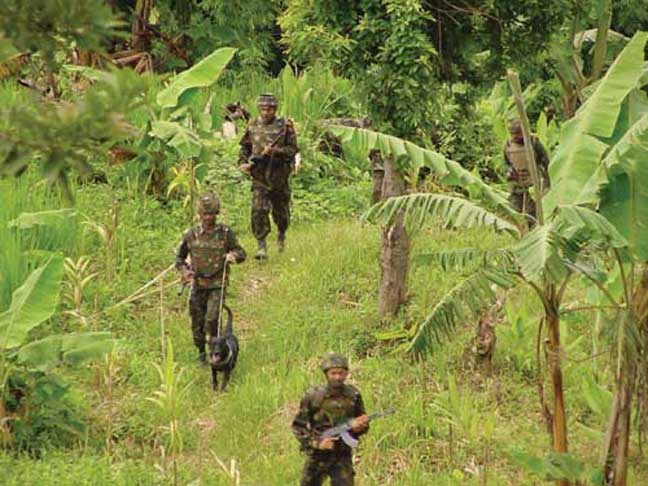 As part of the wider motive to inculcate a culture of academic discussion on the subject of defence studies and issues of war and ethics, the students of National Law School of India University, Bengaluru, are creating a platform for open discussion on the matter by hosting the fifth edition of the NLS Union Debates on the 4th of January, 2013. The motion to be discussed before the house is:“This house will enforce a strict ‘code of ethics’ on Armed Forces during Counter Insurgency Operations in India”.

Apart from being a hotly contested policy issue,the on-going counter insurgency operations in Kashmir and the North East have raised several questions regarding the ethical and moral conduct of the military in these areas.Counterinsurgency operations have created a strong anti-Indian sentiment in the minds of the local populations. A solution to this problem has been proposed in the form of the imposition of a ‘code of ethics’ upon the military, thereby tempering its influence in such areas.This, however, could seriously interfere with the military’s power to suppress insurgency.

Despite being in place for several years, many of the sensitive aspects of the State’s counterinsurgency operations remain to be openly discussed. During such operations, military personnel inevitably find themselves under circumstances where the consequences of their decisions are not limited to the sphere of power which has been delegated to them by the state. These actions repeatedly violate the most basic of human rights, echoing state failure. So, given that it is not feasible for the state to regulate these decisions at every juncture, should the state make an effort to internalise a certain ethical conduct within the Armed Forces? What would be the possible impact on the decision making and the morale of military personnel if violation of such a code is made punishable under the law? Would we be morally justified in holding the Armed Forces responsible for failures on their part?

Assuming that the Indian state remains adamant with regards to its stand of AFSPA being an essential part of Counter Insurgency operations in these areas, such a ‘Code of Ethics’ seems to be the only possible practical solution within the restraints of AFSPA. Indian Armed Forces are no strangers to Counter Insurgency and have been rigorously trained with methods of operation valuing civilian life or human dignity in general without the compromise of efficiency of these military operations. The Indian state drains significant amount of resources for this purpose. Is it very unreasonable for the civilian population of these areas to demand a mutually agreeable code of conduct for the military operations if it helps to decrease the public discontentment at large?All these questions and more await discussion at the upcoming NLS Union Debate.

The debate comprises a mixture of guest speakers, students and faculty, with three members on each side. After a sequence of alternating between proposition and opposition twice, with each speaker speaking once for approximately ten minutes, the floor of the house is left open for a period of twenty minutes for members of the audience to comment on the debate. At the conclusion of this period, each team will be permitted a rejoinder of five minutes before voting among the audience members begins. This will be followed by a formal dinner where the speakers can engage in fruitful conversations with the community and the general public.

The debate promises to be a highly entertaining and informative one, given the current relevance of the issue and the magnitude of public debate on the same. Moreover, our distinguished speakers, who have first-hand experience and extensive knowledge on this topic, will ensure that all the myriad facets of the issue at hand will be brought out and thoroughly explored. Policy questions will be weighed against each other and put before the public to decide. Such free and open discourse will broaden the horizons of thought in public discussion and open up the issue to further discussions in academic fora, leading to an alert, well-informed nation.

The venue is the Academic Block, in the quadrangle of the National Law School of India University. The opening remarks and clarifications will begin at 5pm and after a short break the debate will commence at 5.30pm.