Home  >  News  > Geopolitics  >  Is ‘guht’ the anagram Biden must solve before calling up President Xi?

Is ‘guht’ the anagram Biden must solve before calling up President Xi? 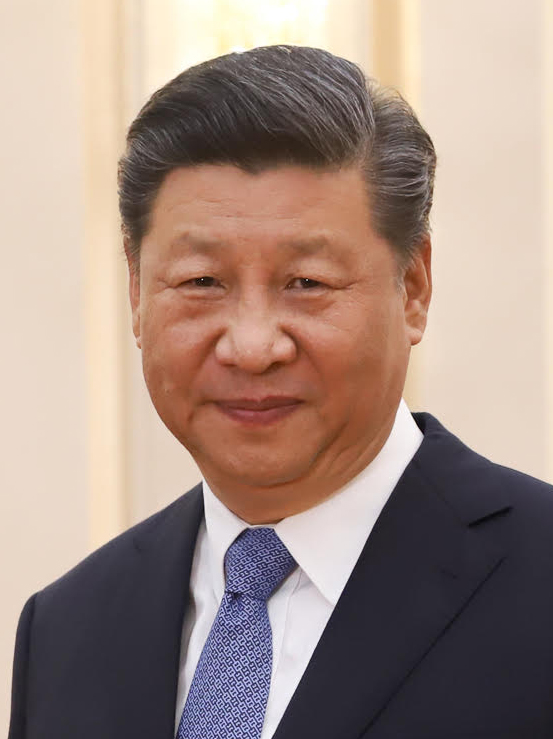 In Washington, or on the Capitol Hill to be precise, the buzz word is ‘what is to be done with China’? The joke is, Biden knows Xi “pretty well” and no leader in the democratic world – so Russia’s Vladimir Putin is excluded – has spent more time with Xi Jinping, therefore, he (Biden) has a reason to not call Xi. However, on a serious note, Biden is hugely disappointed in Antony Blinken, Kurt Campbell and Jack Sullivan – Biden’s top China advisors – for not advising the President even after nearly three months since the president-elect was confirmed, to what to say to Xi on the phone?

In Beijing, or inside Zhongnanhai to be precise, the sixth tone being heard is (there are five tones in Modern Standard Chinese – MSC or Mandarin) Baideng zenme le? Or ‘what is wrong with Biden? Why is the guy not calling? The joke inside Zhongnanhai is, Xi Jinping heard angrily telling  his three top policy advisors on the US: “I proposed win-win to Trump in November 2016, but the guy was so arrogant that he pooh-poohed me. And look, what happened to him in the end?” However, in a much more serious tone, Xi warned Yang Jiechi, Wang Yi and Cui Tiankai (China’s envoy in Washington): I am so disappointed in you three, it is three months and you couldn’t arm twist him (Biden) to at least call me. How I wish I could pack you all off to the labour camp in Xinjiang, including the “old oil fritter” Biden!”

Seriously, why are Biden and Xi not conversing? Since he defeated Trump in November last year, as also after being sworn in more than two weeks ago, Biden has been talking to the leaders of the “free world” – with the exception of Israel’s Prime Minister Benjamin Netanyahu. Eventually, Biden also had to talk to Putin last week to extend New START treaty on nuclear weapons for another five years. Yet, despite this hopeful sign, no one is expecting a turnaround in US-Russia relations. As John Feffer, director of Foreign Policy in Focus has observed: “no one expects anything close to a full reset of U.S.-Russian relations during a Biden administration.”

Following initial reluctance but finally succumbing to the mounting pressure of the formidable   Russian nuclear weapon capability and agreeing to extend New Start treaty, there were speculations of Biden calling up Xi to wish him Chinese Lunar New Year greetings this week. However, just like one-off phone call to Putin made under duress will not result in a dramatic turnaround of ties between Washington and Moscow. Likewise, a Chinese Lunar New Year telephonic greeting from Washington to Beijing is not going to “warm up” icy relationship either. No matter even if the Chinese New Year is also popularly known as Chunjie – the Spring Festival. (Just as this write-up was being sent to the press, news filtered in of a 2 hour-long telephonic conversation between Biden and Xi).

As was expected, the “opportunity to break the ice” between Washington and Beijing, despite Biden-Xi phone call, ended up in only exchange of New Year niceties. Why? The first high-level online contact between Xi’s high profile foreign policy advisor Yang Jiechi and Biden’s top China hand Antony Blinken on February 6 faded away in their respective high expectations from each other, according to the reports originating in Hong Kong. However, we must acknowledge the due credit to Yang-Blinken success in setting up the New Year courtesy call between the two non-talking presidents. But as a news report in Hong Kong’s South China Morning Post said, “Such top official-level phone call traditionally helps prepare for the two presidents to talk. But the misalignment between the two sides remains huge.”

On the other hand, it cannot be ruled out that though President Joe Biden is facing a host of challenges in foreign policy – as was evident from his first address to the world on February 4,  “relations with the People’s Republic of China is going to be the thorniest.” As Conn Hallinan, writing in his post in dispatchesfromtheedge.blog.wordpress.com says, “[How] the Biden administration handles issues of trade, security and human rights will either allow both countries to hammer out a working relationship or pull the US into an expensive–and unwinnable–cold war.”

In China, the official response to Biden’s latest stance on Beijing as expressed in his interview to CBS on February 7 saying “there is no reason not to call Xi Jinping,” has been that of measured tone and un-wolf warrior-like patience. Last Monday, China’s official news agency Xinhua published a commentary that said “candid and constructive” dialogue was needed to better understand each side’s strategic intentions and rebuilt trust. The commentary also recommended to Washington to heed to what Henry Kissinger recently said: “Both America and China should merge their efforts to not to shake the world, but to build it.”

However, typically, several other media outlets and scholars have pointed out Beijing’s growing anger with the Biden administration, especially for two reasons. First, it is apparently becoming clear (to Beijing) the new administration is unlikely to significantly alter U.S. policies on trade, Taiwan, human rights and the South China Sea, as reported in the English language Global Times recently. Second, in a joint article written in hardened tone, two international relations scholars Wu Tong and Zhang Cong have cautioned: “Under the Biden administration, the US basic perception on China may have changed from a ‘regional power’ to a revisionist power ‘seeking global hegemony.’ Therefore, Beijing should be prepared to counter further pressure from the Biden administration.”

Finally, sceptics in Beijing, Washington and elsewhere maybe right in asking the question arising out of the delay in setting up the conversation between the two leaders: is this more a posturing of the Cold War kind?