Home  >  News  > Geopolitics  >  Is China-Myanmar Economic Corridor turning out to be another CPEC for India?

Is China-Myanmar Economic Corridor turning out to be another CPEC for India? 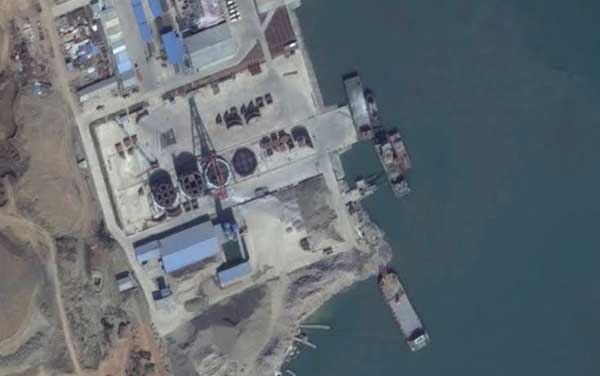 Chinese President Xi Jinping visited Myanmar on January 18, 2020 at a time when it was struggling global criticism over its treatment of the Rohingya Muslim minority. It is learnt that the two countries two sides signed 33 memorandums of understanding, agreements, exchange letters and protocols, 13 of which were related to infrastructure, including special economic Zone, industrial park and a strategically important Kyaukphyuport in the Indian Ocean, giving a push to China- Myanmar Economic Corridor (CMEC). President Xi called CMEC a “priority among priorities” for the Belt and Road Initiative (BRI), which reminds of his using similar words for China Pakistan Economic Corridor (CPEC) few years back.

Both CMEC and CPEC are part of BRI projects, aiming to give warm water access to China avoiding Malacca dilemma, deep-sea ports in the Bay of Bengal and Arabian Sea respectively…

It needs to be noted that no new big ticket deal has been signed, as Myanmar seems to be fairly cautious, learning from past bad experience of $3.6 billion proposed Myitsone Dam project, which got suspended nearly 10 years ago due to strong local opposition and doubts over Chinese infrastructure policy of leading them to debt trap, an issue which both countries avoided discussing during this visit.

Why CMEC and CPEC cause similar concerns to India?

China’s large-scale infrastructure projects in South Asia give it a growing presence in the Indian Ocean region. Myanmar and Pakistan are Chinese partner in BRI and being sovereign countries have a reason to look at their national interest from their prism, aspiring for better infrastructure.

Both CMEC and CPEC are part of BRI projects, aiming to give warm water access to China avoiding Malacca dilemma, deep-sea ports in the Bay of Bengal and Arabian Sea respectively, land communication corridors and pipelines from Chinese territory to the respective ports for smooth flow of oil and trade commodities. Both provide ports which can be used as military bases, capable of positioning PLA naval assets and threatening coasts of India. Interestingly both these ports are prone to blockade by Indian and friendly Navies.

Most importantly CMEC and CPEC are pushing Pakistan and Myanmar into debt trap of China. India needs to be concerned about CMEC, as it leads to Bay of Bengal threatening Andaman and Nicobar islands, bringing Chinese closer to Indian coastline, like CPEC, which brings China to Persian Gulf and our coastline in Arabian Sea.

To build the corridors for its economic interests, China chose to overlook persecution of minorities and state sponsored terrorism in Pakistan in case of CPEC and sideline Rohingya issue in case of Myanmar. If CMEC & CPEC are viewed together it will gives out Chinese attempt to strategically encircle India.

The concern is that if Myanmar doesn’t receive sufficient revenue from the port, it will be taken over by Chinese like Gwadar port.

Should India look at CMEC differently from CPEC?

Unlike CPEC, which encroaches directly into the sovereign territory of India strengthening Sino-Pak nexus, CMEC does not affect Indian territory directly. Myanmar is a sovereign country, which maintains cordial relations with India, has no formal military alliance with China, but its genuine developmental needs necessitate Chinese help in infrastructure projects due to its fragile economy. Presently India has no reason to believe the collusion of Myanmar with China against Indian interest.

Cancellation of the Myitsone hydropower dam project has resulted in a debt trap for Myanmar to repay the US$800 million ($1.06 billion) already invested by China, which is unviable for Myanmar. China has thus sealed the Kyaukpyu project deal to pump oil through 793 kilometres pipeline across Myanmar to Southwest China through a process of Debt Trap Diplomacy. The port is the entry point of a pipeline and is expected to carry oil from the Bay of Bengal to refineries in Yunnan, up to six percent of Chinese oil imports.

Gaining preferential access to the strategic deep port at Kyaukpyu, which is close to Indian funded Sittwe port,and luring Myanmar with Special Economic Zone (SEZ) is a worthwhile gain for China. The concern is that if Myanmar doesn’t receive sufficient revenue from the port, it will be taken over by Chinese like Gwadar port.

China defended Myanmar internationally and posed biggest obstacle to prosecution of its leaders at an international war crimes tribunal.

President Xi Jinping’s visit embraces Myanmar into BRI with various infrastructure projects and Kyaukphyu port, opening new trade and energy routes to the Indian Ocean through Bay of Bengal that avoids the Malacca Strait and South China Sea, where China faces a growing challenge from the US and other navies.

China is also trying to hard sell the idea that these projects will bring stability to Rakhine, but locals appear unconvinced after observing the fate of promised SEZ in Baluchistan, which helped nobody except Chinese. People in Rakhine province remain sceptical about promised job creation as well as pending land settlement cases related to these projects and have been protesting even during the visit of President XI.

Unlike CPEC, CMEC passes through Rakhine state bringing a refugee problem in Bangladesh and India, affecting internal social dynamics of India. Rohingya Issue has been one of the reasonsfor Myanmar being so amenable to China in recent times, due to the support it received from China, when it stood almost isolated,facing international criticism over its handling of the issue, which displaced an estimated half a million people.

China defended Myanmar internationally and posed biggest obstacle to prosecution of its leaders at an international war crimes tribunal. China in the post visit joint statement promised to help Myanmar to relocate refugees, while Myanmar reiterated that it would accept vetted refugees under an agreement with Bangladesh.

Strategically India will have to continue with improving defence profile of its littorals in Bay of Bengal, collaborate with other navies and observe progress of CMEC almost like CPEC.

In Myanmar, China’s infrastructure overdrive gives it access to the Bay of Bengal and brings its connectivity in close proximity to Indian border with Myanmar, which is a strategic challenge in continental as well as maritime domain.China’s inroads in Myanmar and Pakistan are a growing cause of concern, as it helps China to encircle India from both sides, avoiding major choke points.

The silver lining is that it joins up with Indian plans of East-West Corridor (Trilateral Highway) proposing to connect South East Asian countries through multimodal transportation system, as part of India’s ‘Act East’ policy and may improve its outreach in trade flow of mutual interest.

Strategically India will have to continue with improving defence profile of its littorals in Bay of Bengal, collaborate with other navies and observe progress of CMEC almost like CPEC. Any possible threat / strategic disadvantage / monitoring can be expected from China, by taking possession of the ports in Myanmar and the later finding itself helpless to take sides due to economic pressure from China.