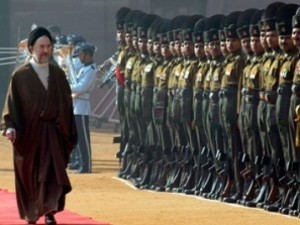 There are many advantages in our relationship with Tehran. Iran is the second largest oil supplier to India after Saudi Arabia. Indias access to Afghanistan and Central Asia is via Iran as access by   land route through Pakistan is unlikely to be available in the foreseeable future.   As Central Asia holds huge reserves of oil and gas, access to this region will be vitally important for Indias energy security.  Our absence in Central Asia will give China runaway success.

Similarly, we can neither overlook nor allow our presence to be diminished in Afghanistan as the exhausted armies of the West withdraw. This will result in emergence of an Islamic Emirate under the tutelage of Pakistan that will stretch from Kabul to Islamabad and pose a serious threat to Indias multi-cultural and multi-party democracy. In addition, Tehrans connectivity boasts of a large population of Shias who reside in India.