Inter Service Rivalry and its Impact on National Security

Inter-service rivalry is as old as the services themselves. Competition amongst the services and within the individual service is a good thing if it develops esprit-de-corps but at times, the rivalry can become dangerous as one service distorts the truth or actively works to undermine the efforts of a sister service. Such acts are generally common during periods of fiscal austerity, during extended periods of comparative peace or when the services come face to face with such financial stringency and have reservations about their ability to carry out wartime missions. Historically, during such periods, jointness is forgotten and the services become parochial rather than collaborative.

Inter-service rivalry is as old as the services themselves. Competition amongst the services and within the individual service is a good thing if it develops esprit-de-corps but at times, the rivalry can become dangerous as one service distorts the truth or actively works to undermine the efforts of a sister service. Such acts are generally common during periods of fiscal austerity, during extended periods of comparative peace or when the services come face to face with such financial stringency and have reservations about their ability to carry out wartime missions. Historically, during such periods, jointness is forgotten and the services become parochial rather than collaborative.

Rivalry flows from the highest levels when the services compete for the post of Chief of Defence Staff and vie for the allocation of funds or during the transfer of a role to another service. Inter-service rivalry is universal and there is a perpetual undercurrent both in peace and war. Most militaries in the world fight more turf battles than real wars.

In Nazi Germany, Herman Goring created a ground force under the command of the Luftwaffe to counter the influence of the German Army. The German Navy of that time and the Luftwaffe had serious differences over command and control of the air fleet which was to be stationed on aircraft carriers when they became operational. It is another story that the German carriers were never launched.

In the years before the Second World War (WW II), rivalry between the Imperial Japanese Army (IJA) and the Imperial Japanese Navy (IJN) was legendary and had serious geo-political consequences leading up to Japan’s entry into WW II. The Rikken Seiyukai political party was closely associated with the Mitsui group and had strong connections with the Japanese Army. Similarly, the Rikken Minseito party was connected with the Mitsubishi group and the IJN. The rivalry was so fanatical that each faction even resorted to murder of opponents to further their cause.

The IJA/IJN rivalry was manifest in the 1930s as the ‘Strike North’ and the ‘Strike South’ factions. The ‘Strike North’ faction led by the Imperial Army propounded the capture of China where the IJA would be the lead player. The ‘Strike South’ advocated the capture of Indonesia and in this scenario, the IJN would call the shots. The ‘Strike North” strategy was initially seen as the more prudent approach leading to the occupation of Manchuria in 1931 and full scale invasion of China in 1937. This strategy was reversed when a number of powerful Zaibatsus (business houses) realized that Japan’s aspirations would be better addressed by meeting the aspirations of the Navy and the Pacific campaign was launched.

Zaibatsus were large family controlled vertical monopolies with financial and industrial subsidiaries and by 1940, the ‘Big Four’ Zaibatsus, i.e. Mitsui, Mitsubishi, Sumitomo and Yasuda were wielding phenomenal influence and control on Japan’s industrial and commercial power.

Turmoil over Doctrine and Military Strategy

Inter-service rivalry is also driven by changes in military strategy and doctrine. A classic example was the “Revolt of the Admirals” in the late 1940s when several Admirals and high ranking civilian officials of the US Navy publically disagreed with the US President and the then Secretary of Defence on military strategy post-WW II.

Generals of the newly formed United States Air Force (USAF) were pushing for a new doctrine of strategic bombing particularly with nuclear weapons as the sole decisive element to win any future war. However, for this the USAF would need a large fleet of home-based long-range bombers. This would also deter an enemy from attacking the US homeland. On the other hand, the Admirals asked the US Congress to fund the construction of a large fleet of super carriers, each carrying 14 heavy bombers. The carriers would have enough fuel to launch eight raids by each bomber. The US Navy wanted funding for eight such carriers over a five-year period. The first Secretary of Defence, James Forrestal, who had a Navy background, authorised the construction of the first super carrier United States followed by five more. However, on March 28, 1948, due to a disagreement with President Truman on the budget, he was replaced by Louis Johnson who supported the President’s views and was in favour of strategic bombing by the USAF as the preferred strategy.

The new Secretary of Defence, Louis Johnson stated, “There is no reason for having a Navy or Marine Corps. General Omar Bradley tells me that amphibious operations are a thing of the past. That does away with the Marine Corps. The Air Force can do anything the Navy can do nowadays, so that does away with the Navy.” On April 23, 1949, less than a month of taking office, Johnson unilaterally cancelled the super carrier order and a number of high ranking admirals resigned in protest. A few days later, he announced that the aviation assets of the US Marine Corps were to be transferred to the USAF, but this did not take place.

The “revolt” was the culmination of a contentious debate that had been simmering for several years on the efficacy of long-range land-based strategic bombers versus the unrestrained freedom of carrier-borne aviation to operate in international waters. Without carrier-based aviation and the expeditionary forces of the Marines, the US military would have been defanged in subsequent years. The “Revolt of the Admirals” drives home the point that during periods of severe financial constraints, inter-service rivalry can result in intense turf battles where national security can be compromised to meet narrow service interests.

The RAF is perhaps the oldest Air Force in the world and its formation as an independent entity has been touted as the example for other Air Forces to follow. The RAF was formed by the amalgamation of the Royal Flying Corps of the Army and the Royal Naval Air Service. It was controlled by the Air Ministry which had the status of the War Office and the Admiralty.

Post-WW I, there was intense debate on the need for an independent air force and efforts were made to disband the RAF and revert control of military aircraft to the Army and the Navy. Sir Hugh Trenchard, Chief of the Air Staff, retaliated by stating that air power would be more cost-effective than the Army in controlling large territories. Colonial policing of the British Empire in Somalia, Iraq, Afghanistan and the North West Frontier Province of undivided India kept the RAF in the limelight.

Cuts in the defence budget during the 1920s and 1930s saw renewed demand for the disbandment of the RAF and transfer of responsibilities to the Army and the Navy. De-classified secret cabinet papers of the 1920s reflect the ferocity of the turf battle and the determination of the British Army to decimate the RAF. In response to a request by Lord Salisbury, Member House of Lords, the then Secretary of State for War, Earl of Derby wrote, “The experiment of an independent Air Staff and Air Force has been in operation in Great Britain for the past five years. It has proved a costly experiment and convincing proof of its success will be required to justify its continuance.” 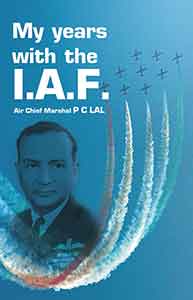 The origins of the experiment are difficult to trace. The foundation of the separation was laid under cover of wartime so critical that the process passed almost unnoticed. At the end of the war, the fait accompli of the separation was disclosed tacitly and accepted by a war-weary Government and the public. In 1921-1922, the General Staff did protest on grounds of unsound principle. Since then, while conforming to the experiment in the spirit of the closest cooperation, their convictions remain unchanged. “We definitely do not see the necessity for an Air Force with an independent Ministry and organisation to support and an independent staff to control it,” was the general refrain.