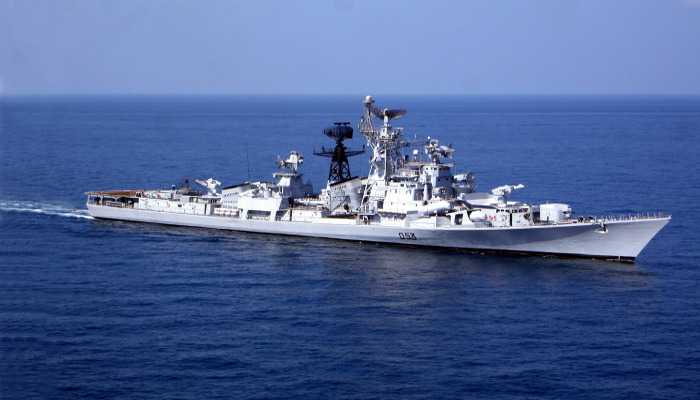 The ship commissioned on 15 September 1983 by Captain Vishnu Bhagwat in erstwhile USSR has rendered yeoman service to the nation for 36 years. The ship has been helmed by 27 commanding officers and  the last commanding officer, Captain Vikram C Mehra has been in command since 06 June 2017. The ship since her commissioning has sailed for 2190 days covering a distance of over 7,43,000 nautical miles which is equivalent to navigating around the world 35 times and 3.5 times the distance from earth to moon.

The ship has been at the forefront of major naval operations and has the distinction of serving on both Eastern and Western seaboards. Apart from various naval operations like Op Talwar and various multinational exercises, the ship has also been a flag bearer of the Indian Navy`s benign role by participating in relief operations post Tsunami in 2004 and Hud-hud in 2014. In recognition of the service rendered by the ship to the nation, the ship was awarded Unit Citations by the Chief of Naval Staff in 2003-04 and in 2009-10.

At the sunset on 06 May 2019, the National Flag, Naval Ensign and Commissioning Pennant were lowered for one last time onboard, glorious era in the history of the Indian Navy came to a nostalgic end. Whilst the Ranjit era has come to an end in the Indian Navy, the spirit of Ranjit will continue to live in the hearts of every officer and sailor who has served onboard and her motto of Sada Rane Jayat or Ever Victorious in Battle will continue to inspire generations of Sea Warriors today and in the future.