Innovator and Startup Woes which Government Must Address 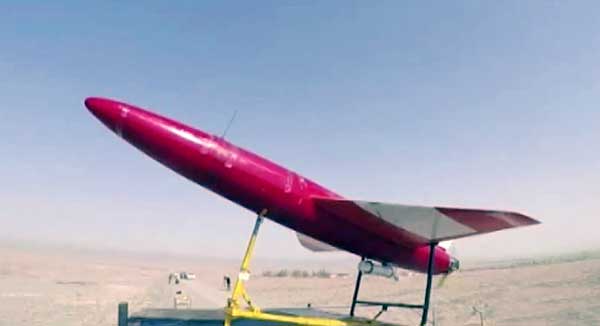 On March 15, 2020, a firm in Turkey unveiled its ES-60 Electromagnetic Anti Drone Gun, designed to inflict high-speed electromagnetic interference to disrupt communications between drones and their control units and cause enemy devices to malfunction.  Weighing just 2.5 kg, its effective range to combat rogue drones is 3 km. The firm is allowed to sell this gun only to government agencies under Turkish government regulations.  What about an indigenous Indian equivalent of ES-60 Electromagnetic Anti Drone Gun? Iran unveiled its new attack drone ‘Kian’ on September 1, 2019.

Though most of characteristics remain unknown, the head of Iran’s air-defence force told media Kian can fly more than 960 km and operate at an altitude of 15,000 feet. Yes our DRDO is working on drones past decades and HAL is reportedly going in for a joint venture with Israel to manufacture drones but the issue to note is that  Iran has advanced weapon technologies despite denial of critical technologies and stringent sanctions.

It is not that India has lack of innovative ideas. We may be far ahead of Iran in ideas and innovations but to what extent have we permitted them to independently progress further without intervention of the DRDO-OFB? For that matter the problem of provisions in our offset policy are also the same – it allows offset discharge ‘through’ DRDO and OFB whereas it should have allowed ‘only’ industrial participation like in Turkey.

Offset is only a short-term solution for indigenization but through empty rhetoric we are hoping it will be the ultimate miracle.  Releasing the Draft Defence Procurement Procedure (DPP) 2020, on March 20 Defence Minister Rajnath Singh said, “Our aim is to make India self-reliant and a global manufacturing hub. The government is constantly striving to formulate policies to empower the private industry including MSMEs in order to develop the eco-system for indigenous defence production…..it is now time to take further steps to strengthen ‘Make in India’ initiative…”.

All previous DPPs too were supposedly definitive but there are some issues at ground level somehow don’t get addressed.

There is no dearth of brains in the country with reports of new innovations in media every second day.  But many of these are not heard of thereafter. The woes of start-up don’t really get addressed, even for those who came through the Innovations and Defence Excellence (iDEX) – like infrastructure, funds, clearances and the like.

Start-ups with new innovations are running around meeting policy makers but things somehow do not move. Perhaps government could nominate a single-window contact for meeting innovators and make their innovations digitally transparent like lodging an FIR, where progress can be tracked by everyone including the public and media – this would be real transparency.

Until these issues are looked at and resolved, our progress will continue to be knee-jerk without exploiting the nation’s potential. For that matter, there are many innovations in rural India that get reported by chance through an enterprising reporter. Yet the DPP has no version in Hindi or regional languages, where many innovators in urban areas too may not be conversant in English.

For years where multiple indigenous companies were exporting bullet proof jackets (BPJs) to militaries and security forces around the world, we continued to import BPJs. Then Amrita University, Coimbatore developed a state-of-the-art BPJ but seeing little chance of progressing independently, approached the MoD through the DRDO.

Yet the joint TDF-DRDO proposal kept lying in MoD.  Dr Shantanu Bhowmik from Amrita University eventually had to write to the Defence Minister in 2017 for the need to progress the  case expeditiously since similar research was ongoing by foreign companies like Boeing, EADS, Airbus, Lockheed Martin, Bombardier etc, and if delayed we would lose the lead. The proposal was eventually approved by the government. But how many private innovators and start ups can do so especially who do not want to go through DRDO?

In January 2017, Harshwardhan Zala, a 14-year old Class X student signed a deal with the Gujarat Government to productionize the drone produced by him that effectively detects and defuses land mines. Has he been left on his own to fight the system and try to produce these drones? Three years having elapsed since, any other country would have fielded these drones into its security forces.

So what are the State Government and Centre doing? All the more reason, we need a website tracking progress of all innovations, which should be accessible to all. If the Ministry of Science and Technology is too overworked, this website can be outsourced.

This is just one example of the scores of innovations done in the country by individuals and start ups.

Intelli Automation, registered under ‘Start-Up India’ began developng an app in 2016 which could ensure safety of the people. Indian employees of Dell computers, Adobe,  QA Infotech, Facebook and Google etc came together to brainstorm and develop the app.

The developed app named ‘Safety First’ has following features: voice command with a button and special button provisions since criminal won’t allow the victim to make a call; automatic audio and video recording features and identifying GPS location. App automatically identifies the nearest police station and Police PCR van and starts sending them the live feeds of audio, or video or both with GPS location even as the crime is being initiated; numbers of people fed in the app also get the same details as police; intelligence on areas with higher number of alerts triggered to stay more vigilant for both police and citizens; intelligent case routing – auto routing of cases to relevant police headquarters; smart transmission – to ensure network speed does not impact victim-police connection; police officer and station performance dashboards (can be customized based on any additional requirements that police want, and; auto-detection of phone memory and RAM and adjust the alert communication system to ensure a faster connection between victim and police.

Above are only few features of the ‘Safety First’ app. The Start-Up Intelli Automation has been running around meeting government officials, politicians, bureaucrats, police officials to get their app through, which include the Union HRD Minister,  Women & Child Welfare Minister of Uttrakhand, former Uttrakhand BJP State President who is now MP, present BJP state President Uttrakhand, Finance Minister of UP; senior-most MP in Parliament currently from Madhya Pradesh, MP from Bhopal, MP from Sirsa (Haryana), MP from Shimla, Union HRD Ministry head from IAS, Joint Secretary in Union HRD Ministry, former DGP former DGP Uttar Pradesh, former Lieutenant General on board of management of NDMA, in addition to quite a few other, IAS, IPS, MLA’s, Mayor’s and police personnel have been contacted for the same. But there has been no concrete result and no direction either.

The example of Intelli Automation has been cited here as just one example.  The company claims that ‘Safety First’ is first of its kind with a path breaking artificial intelligence support; a personal 24/7 personal bodyguard at no cost for the user. It ensures personal protection not only through the button but also through voice command which is revolutionary. Enabled with the full details of nearest police stations, police vans and guardian’s details, it helps connect to them ‘live’ in times of danger.

The country can be united through a single artificial intelligence enabled app like ‘Safety First’, where the responsibility of each other’s safety is not just with the law authorities, but also rests on the collective shoulders of our citizens.  But the question here is which other doors does the start-up has to knock on and will we ever have a streamlined system where India can benefit from innovations and start-up in a ‘timely’ manner, dispensing red tape and without greasing palms?

As India battles COVID-19, Intelli Automation is ready to assist the Central Government through another artificial intelligence enabled app which can help identify people who are suffering from the virus, people who have been in quarantine and also places where it has occurred in the country. It will have the same platform and features that the Microsoft app is launching for the United States.

Intelli Automation claims its technology is 95% cheaper compared to apps available in western countries. The ‘Kavach’ app launched by the Union Government has only two features; most importantly it does NOT track those in Quarantine and those who are out of COVID-19. Will the policymakers pay heed?