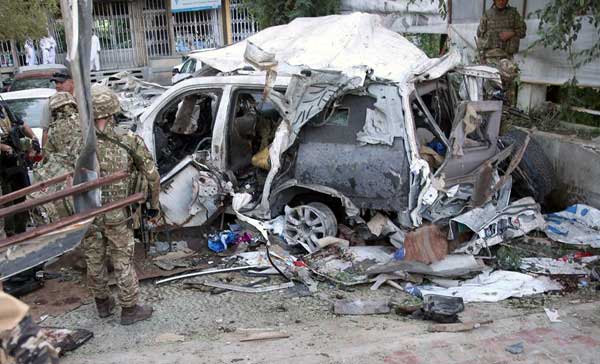 As reflected by the repeated bomb blasts in Mumbai, Delhi, Jaipur and elsewhere, India has proved itself to be vulnerable and unable to prevent bomb blasts.  Bomb disposal teams came into play only on reports.  Is there a better way to ensure our safety? Much of the responsibility rests on the shoulders of Citizens, Technology/Industry and Regulators are merely facilitators.  This triad needs to synergize in order to provide us a safe & secure environment.  I intend touching upon unique system evolved in Israel by “AR Challenges” specifically for Airports combining people, technology and regulations.

The airport  currently faces 70 real bomb threats per day and handles about 11 million passengers per year, to introduce the old human system it at Heathrow, which has six times as much traffic, would bring the place to a halt!

Basic Philosophy: “We operate on the principle that it’s much more effective to detect the would-be terrorist than try to find his bomb”.

The last attack at Ben Gurion – the juiciest airport terrorist target in the world – took place in 1972, and that was in the arrivals area, when three members of the Japanese Red Army armed with grenades and machine guns killed 24 after getting off a flight from Rome. No plane leaving Ben Gurion has ever been hijacked or blown up

‘The 9/11 hijackers killed 3,000 people without real weapons or explosives. To be safe, you have to be able to stop the person who has hostile intentions. That’s how our system works.’

The Israelis call this method ‘behavior pattern analysis’, and it starts beyond the airport: the passenger who pays cash for a one-way ticket at an airline office will be more likely to attract attention than someone who uses a credit card to purchase a return over the internet. Someone travelling in a cab is more likely  to attract attention than one who travels in a private car.

Its first physical layer lies more than a mile from the terminal: a checkpoint for every vehicle on the only airport access road.

The system in Europe and America and of course India is outdated. Unless we adopt an approach that actually works, whatever technology we care to use will make little difference. The terrorists will always be one step ahead.

But the system’s most crucial element is those polite young agents – the ‘selectors’. In most cases, their questions won’t take long, and those who pass their examination will soon be en route to their gate.

Sometimes, however, the ‘selectors’ suspicions will be aroused: perhaps by a traveler who seems unaccountably nervous, or by someone who says he came to Israel for the sightseeing, but can’t recall what he saw. That passenger will then face more probing questions from selectors while his baggage is thoroughly searched. If he still can’t provide satisfactory answers, he will be detained in a private room and interrogated by seasoned investigators. This was the manual system.

The changed Approach : Technology Replaced Humans! The scenario changed!  They now have the potential to revolutionize airport security worldwide, not just for passengers, but for freight. And after the discovery at East Midlands airport of explosives packed in a toner cartridge flown from Yemen, it is also a pressing need.

‘The system in Europe and America and of course India is outdated. Unless we adopt an approach that actually works, whatever technology we care to use will make little difference. The terrorists will always be one step ahead.’

‘How many times in the history of aviation have the scanners and security procedures that currently cause such huge anger and inconvenience actually found explosives in baggage or on a passenger?’

The answer, shockingly, is zero. It’s true that a bomb packed by the Jordanian Nizar Hindawi in the hand luggage of his pregnant girlfriend Anne Murphy was discovered at Heathrow in 1986. But she was trying to board a flight on the Israeli airline El Al – which uses the same selector method abroad as at Ben Gurion: it was a selector’s questioning that revealed Hindawi’s plot.

Criminals are getting good at creating fake latex fingerprints, and iris scanners can be fooled with contact lenses.

The bombers who killed 270 when Pan Am Flight 103 blew up over Lockerbie in 1988; the 2001 shoe bomber Richard Reid; Umar Abdulmutallab, the former London University student who tried to detonate a bomb in his underpants above Detroit last Christmas; all smuggled their explosives on to aircraft undetected. While, although Abdulmutallab’s extremist links were discovered by security officials while he was in the air, their plan to question him when he landed would not have been much use if he had already blown himself up.

After the discovery of the 2006 Al Qaeda scheme to mix liquids in aircraft toilets in order to make bombs. all but tiny quantities of liquid taken on to planes were banned – even, as a YouTube clip of a mother being detained in Phoenix, Arizona showed bottles of babies’ breast milk.

‘The liquids ban also sucks,’ ‘We always seem to be fighting the last war.’

‘The answer is a system that will separate the people like Abdulmutallab from the vast mass of travelers who are benign. And can be done- in ways that make us all safer, and are also much cheaper, and take less time.’

It’s no coincidence that this technology comes from Israel. For obvious reasons, no country in the world is more security conscious.

Take the ID-U a system based on research that shows that every person’s eyes will reveal a unique zigzag pattern when they follow a dot tracing the outline of a simple shape on a screen, it is said to be far more secure than- fingerprints or iris recognition.

‘Criminals are getting good at creating fake latex fingerprints, and iris scanners can be fooled with contact lenses.’

‘You can’t fool this. Your individual zig-zag pattern will stay the same, whether your eyes are following a square, a circle or anything else – you can change the shape every day.

Magna BSP has developed 3D, stereoscopic, heat-seeking infrared cameras to safeguard an airport’s perimeter against intruders or attack by rockets.

Research and innovation Israel enabled to follow their dream. A brilliant way to encourage innovation – especially when economic times are hard.’ In the future,  passports and other forms of ID, such as bank ATM cards, will encode this basic biometric data.’

Some of the elements of the package are incremental: improvements to technology which is already in widespread use. For example, Magna BSP, a firm based in a business park on the Red Sea coast near Eilat, has developed 3D, stereoscopic, heat-seeking infrared cameras to safeguard an airport’s perimeter against intruders or attack by rockets. Able to distinguish human beings from birds, animals or branches moving in the wind at distances of up to two kilometers, they function equally well at night and through dense fog. But the point where it starts to get truly futuristic is inside the terminal building.

WeCU (pronounced ‘we see you’)the automated equivalent of Ben Gurion’s selectors has been developed in the business park at the ancient Roman town of Caesarea.

‘The beauty of this is that you can do it without interrupting the normal flow at the airport. without interrogation and without infringing human rights.

‘And tests have shown it’s extremely accurate – close to 100 per cent.’

Working with a world-renowned psychology professor from Haifa, they derived their machine from the science that shows that anyone who comes across a familiar stimulus – for example, a branch of the bank he or she uses, or a favored chain restaurant – will show a small but completely involuntary physical response.

‘If you expose the subject to something that he knows, he will react, and this produces a dateable physiological change,’  ‘And it’s even better if he knows this test is going to happen. This isn’t a trick. Nobody is going to be deceived.’