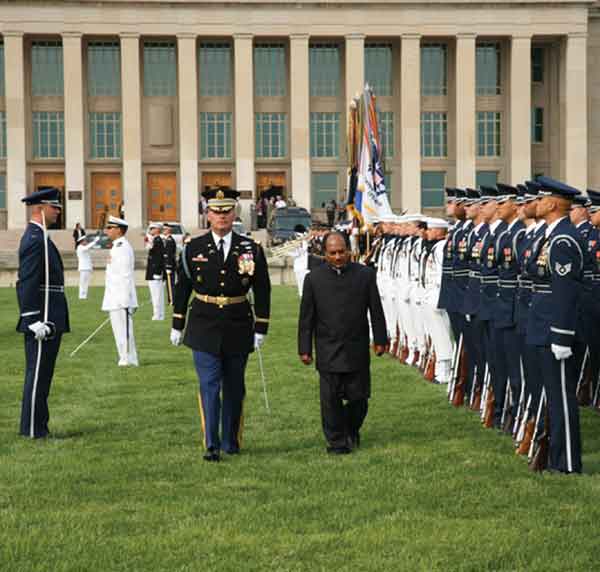 In a sign of increased cooperation and better relations between India and the US, a high powered delegation featuring India’s Defence Minister AK Antony was received in the US, at the Pentagon

Arms sales and consequently, defence and bilateral relations during the Cold War were hampered by India’s fears about reliability of the US as an arms supplier as also by its sensitivity to the terms of US government agreements. Even today, there is a question mark on the reliability of delivery concerning US military equipment. The desire for the US–India strategic relationship to become an enduring one, needs a change in the mindsets on the part of both, the US and India.

Even as India modernises its military, forges “strategic partnerships” with the United States and other nations and expands its influence in the Indian Ocean Region and beyond, its defence establishment is undergoing an unprecedented transformation which includes a shift in emphasis from Russia as the primary supplier of military hardware, to a western base of supply. There is also enhanced focus on bilateral exercises and training with several major powers.

Since Independence, India had been sourcing military equipment from the West. Most of the military industrial facilities that were built during British rule including 16 Ordnance Factories (OFs), three shipyards – Mazagon Dockyard, Garden Reach Shipbuilders & Engineers, Goa Shipyard and an aircraft overhaul and repair facility that later became the Hindustan Aeronautics Limited (HAL), were retained. While bulk of the requirement of low-technology basic military equipment was provided by the OFs, India was critically dependent on western sources for its growing need for high technology equipment.

While Britain and France were prime suppliers of military hardware to India during the early years following Independence, the US was not far behind. In fact, defence cooperation between India and America can be traced to the 1950s when they engaged in joint exercises with Britain and Australia. Arms sales from the US to India date back to 1951 when the US gave India the T6 Texan basic trainer aircraft. In 1952, India also sought tanks and military aircraft to modernise its armed forces. While the proposal for 200 Sherman tanks was quickly approved, the request for 200 combat jets was not. However, the US acceded to India’s request to purchase 54 C119G aircraft. 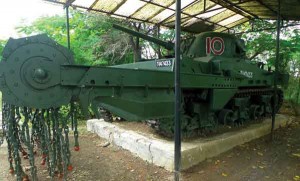 After the Indo-Pak War in 1965, the US ceased all arms exports and military assistance to India. However, in 1971, India received ten Hughes-300/TH-55 Light helicopters from the US. But again, on December 02, 1971, during the Bangladesh War, Washington announced a suspension of military sales to India. Consequently, sale of a $70 million communications system for upgrade of India’s air defence capabilities was blocked. The most significant feature of India-US cooperation in the regime of defence equipment was the supply of the General Electric F404 engines in the late 1980s for the Light Combat Aircraft project.

Arms sales and consequently, defence and bilateral relations during the Cold War were hampered by India’s fears about reliability of the US as an arms supplier as also by its sensitivity to the terms of US government agreements. Even today, there is a question mark on the reliability of delivery concerning US military equipment. The desire for the US–India strategic relationship to become an enduring one needs a change in the mindsets on the part of both, the nations.

In 1995, India and the US signed the Agreed Minutes of Defence Relations. The US however, stressed then that arms sales and Transfer of Technology were not part of the agreement and that no arms/technology transfer would be done at the expense of Pakistan. Defence and bilateral relations took a nose-dive in the wake of India’s nuclear tests in 1998, after which the US imposed sanctions on India under the provisions of the Arms Export Control Act, which among other things, terminated military sales to India and withdrew product support for the GE F404 engines. However, some of the sanctions were lifted by President Clinton and the remaining by President Bush by September 2001.

The change in America’s policy was propelled by India’s quick response to the 9/11 episode and its support for the US war on terrorism. The lifting of sanctions paved the way for a major improvement in defence relations and subsequently led to major arms purchases by India from the US. Since then, defence cooperation between India and the US has reached a new high. Defence sales, joint military exercises, exchange of experts, high-level visits, seminars and conferences are the important components of the new Indo-US defence relationship. The main defence deals have been:-

Inter-operability is one of the factors which will enable the US and like-minded nations to cope and function more cohesively with global challenges.

Inter-operability is one of the factors which will enable the US and like-minded nations to function more cohesively to cope with global challenges such as terrorism, drugs, and illegal arms trade. The US views inter-operability as a key objective in pursuing the Indo-US defence relationship. Inter-operability is possible only when the armed forces of both countries are familiar with each other’s procedures, systems, methodologies and if there is mutual trust. Inter-operability also depends on compatibility of equipment. As far as India is concerned, this also involves technology transfer, for only then will inter-operability enable India to bridge the gap existing in the high technology areas such as jet engine, radar, stealth design and development for all the three services. What then are the possible challenges and opportunities in making this a win-win situation for both the countries?

Indo-US relations were first described as a strategic partnership in the Vajpayee-Bush joint statement of 2004. The two countries agreed to expand cooperation in strategic areas like civilian nuclear regime, civilian space activities, military and high technology. Although defence cooperation has increased exponentially in the recent years yet differences within the realms of legal, political and geo-strategy have occasionally threatened the partnership. 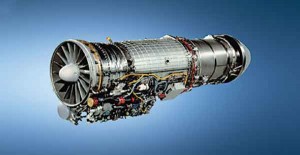 Due to sanctions and other restrictions imposed by the US government, the Indian Defence Ministry and the Defence Research and Development Organisation (DRDO) had never joined hands with the US defence industry to produce critical weaponry or big-ticket projects. On the other hand, India is engaged in the joint development with Russia of the $12 billion Fifth Generation Fighter Aircraft (FGFA) project and there is the $2 billion partnership between the DRDO and Israel Aerospace Industries (IAI) to co-develop surface-to-air missiles. The US needs to recognise the inherent strengths of India to make the engagement mutually beneficial.

The US defence industry players have recognised Indian defence technology expertise, both at the high and low end of the spectrum especially India’s excellence in information technology and cost-effective engineering. The benefit to the Indian industrial base would be by way of upgrading of domestic infrastructure as also research and development activities. While the US industry has been keen to sell weapons systems, India prefers US high technology and advanced weaponry. The mutually beneficial strategic partnership during the tenure of the BJP-led NDA regime led to the Next Steps in Strategic Partnership under which several layers of sanctions on India were removed by the US. The US began to look beyond sale of defence equipment and expressed its readiness to discuss transformation of defence cooperation with India. The US now sees India in a different light and the Framework Indo-US Defence Agreement was signed on June 28, 2005 on equal terms.

After the Indo-Pak War in 1965, the US ceased all arms exports and military assistance to India.

The new relationship is mutually beneficial both for India and for the US. The US has technology and hardware; India is a leading player in the knowledge economy and has demonstrated its soft power potential.

The US now accepts that India is strong on information security and is capable of ensuring the ‘security’ of technology transferred. The US has realised that the lower cost of production in India, particularly of manufacturing sub-systems and components, will make US products more cost-effective. Lower repair costs are also attractive. Factors that will sustain this relationship in the long-term are people-to-people contact, industry-to-industry relations and a military-industrial partnership. The US is now more flexible in its approach to technology transfer. This does not imply that the US will dilute its export control regime or bypass procedures. US officials have explained to India in great detail the various clearances mandated under US law and their efforts to expedite these processes. What then are the opportunities for the two countries to get together in defence technology?

The first is direct sale of weapons systems to India and the establishment of a regional maintenance support system to exploit the commonality of US equipment with other countries in the region. This would bring US investments into Indian companies for both domestic and global markets. The next are technology transfer not only for licensed production but also for co-development, co-production and sub-contracting in areas as under:-

One area where the US can meet India’s needs is the indigenous BMD programme. But like all nations that have learned the hard way that going it alone in defence technologies could turn out to be a heavy burden to bear, India too is opening its doors. It has already struck research and development deals with a number of countries for sophisticated systems of strategic importance. Companies from Russia and Israel, once again, dominate the strategic agreements that India has signed. Certainly it is time for a powerhouse like the US to make an entry into this space.

One area where this offer would appear to make immediate impact is in the area of infrastructure for BMD such as radars and Command, Control, Communications, Computing and Intelligence systems (C4I). The US has developed the Aegis Weapon System, one of the most sophisticated and widely deployed BMD systems. India is also hard at work developing similar systems but could benefit from a quicker induction of hardware and software in these areas, more so if they were produced in association with the country’s research labs and the industry. After all, cruise and ballistic missiles deployed in our neighbourhood may not patiently await the leisurely development of countermeasures at our end before they take to the skies. Of course, with the induction of American infrastructure, there is a possibility that the Indian system could end up getting yoked to an American one. But then it also needs to be kept in mind that the testing of all Indian air defence systems has apparently been done with the help of locally produced derivatives.

One thought on “Indo-US Partnership in Defence Industry”