Indo-Pak War, 1947-48: The History and its Current Ramifications 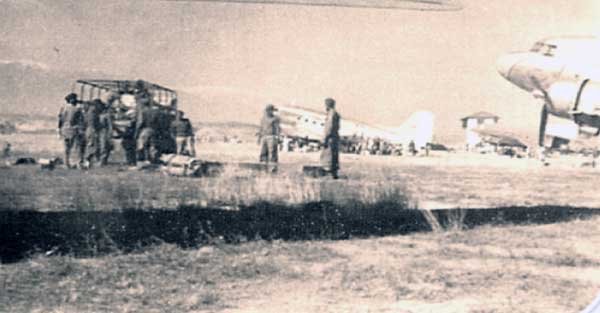 On October 27, 1947, the Indian Army landed in Srinagar airport and thus began what is historically referred to as the Indo-Pakistan War, 1947-48.  The war witnessed many iconic battles over two campaigning seasons in areas ranging from Zoji La to the Kashmir valley, Poonch and Mendhar etc. The newly created state of Pakistan put in all the military might that it could muster but, in the end, it had to accept an ignominious defeat.

The  high point of the war was 27 October, 1947, when, post the accession of the State to the Indian Union by Maharaja Hari Singh, the Indian troops landed at Srinagar airport and saved the people of Kashmir from the ongoing large scale massacre, rape, loot and arson in the hands of the mercenary hordes of Kabilies (Tribal’s of the North West Frontier province) sent by Pakistan under the leadership of its army officers to annex Jammu and Kashmir. If the Indian Army had not reacted, Srinagar would have been a huge, desolate graveyard and the history of the Kashmir valley would have changed forever.

Before the Indian Army landed in Srinagar and opposed the tribal onslaught, the invading hordes had laid waste everything that came their way. They pillaged Baramulla for four day in the most inhumane manner. The men and children were tortured and killed while the women were raped and carried back as sex slaves. Even the Nuns of the Convent there were raped and killed ruthlessly.

The Kashmir Pundit community was identified for special treatment involving the most depraved form of torture and cruelty possible. Whole families committed mass suicide in the face of this brutal and merciless onslaught by jumping from roof tops or throwing themselves into the running waters of the Jhelum River.

The Indian troops who fought the war had only the safety and security of the people of Kashmir in mind, without any thought about how politics would play out in the long run. Their concern was to ensure that the barbarians were thrown out in the shortest possible time without causing any further damage. In this, they were singularly successful, but not without paying a heavy price including loss of lives of many soldiers.

Even under such terrible conditions the human spirit prevailed. A 19 year old boy, Maqbool Sherwani, went about on a cycle spreading a message that the Indian Army was on the doors of Baramulla. This information restrained the mercenaries and saved thousands of lives. In fact, it stalled the march to Srinagar and literally saved the city from a fate even worse than that of Baramulla. When the Pakistanis realised that young Maqbool had misled them, they shot and crucified him. The young boy, with his courage and presence of mind, etched a place for himself in history for all times.

It is notable here that the Instrument of Accession signed by Maharaja Hari Singh was no different in content and spirit than what had been signed by other princely states, but due to some misconceptions the then Government of India agreed to conduct a referendum or plebiscite to determine the future of the state. This plebiscite or referendum was to determine the relationship between the state and the Government of India and not the accession which was legally accomplished in India’s favour.

Pakistan took advantage of the anomalies that emerged from the decision to hold a plebiscite to keep a considerable territory of the state under forcible occupation. Sadly, the territories under forcible occupation of Pakistan, defined as Pakistan Occupied Jammu and Kashmir (POJK), are suffering immensely under the iron hand of a repressive state.

The popular sentiment against Pakistani repression came to the fore on October, 22, 2021 when  thousands of people of POJK took to the streets and staged protests to mark the ‘Black Day’. The protestors, under the banner of a prominent party ‘National Equality Party – Jammu Kashmir Gilgit Baltistan’ (NEPJKGBL), highlighted the atrocities being committed by the Pakistani regime and vowed to continue their struggle for liberation of POJK from Pakistan. The protests, including marches and candlelight vigil, were carried out in the capital city of Muzaffarabad and a number of other parts of POJK. “October, 22 is the darkest day in the history of Jammu and Kashmir. On this day Pakistan invaded J&K and killed thousands of innocent civilians including the elderly, children and women. Girls were abducted to be sold in Pakistani markets. Pakistani atrocities continue and so does our resistance,” said NEPJKGBL Chairman, Professor Sajjad Raja.

The demand for freedom of POJK from the Pakistani yolk finds resonance in international circles through the efforts of the Diaspora of the region who stage protests at the UN and other prominent places demanding an end to Pakistani occupation and hegemonic policies in their home land.

The biggest protest by far is against the creation of a terror hub in POJK by Pakistan to keep alive its terrorist activities in Jammu and Kashmir. These brutal terrorists belonging to organisations like Lashkar-e-Toiba and Jaish-e-Mohammad have made life totally insecure and miserable for the people living there.

Pakistan has attempted consistently to change the situation in the erstwhile state and now Union territory of J&K in its favour through acts of terrorism and psychological operations to indoctrinate the people into the path of radical Islam. All such evil machinations have been rejected by the people who root for strong, democratic India. Yet, Pakistan loses no opportunity to create problems.

Pakistan now needs to realise that it is no longer possible for it to mislead the people of Kashmir with fallacies, misinformation and outright lies. The people of the state are well aware of its past evil machinations and quite sure about what they want in the future.

One thought on “Indo-Pak War, 1947-48: The History and its Current Ramifications”