Home  >  News  > Geopolitics  >  Indo-Pak Talks: The problem is with the Pakistani mindset

Indo-Pak Talks: The problem is with the Pakistani mindset 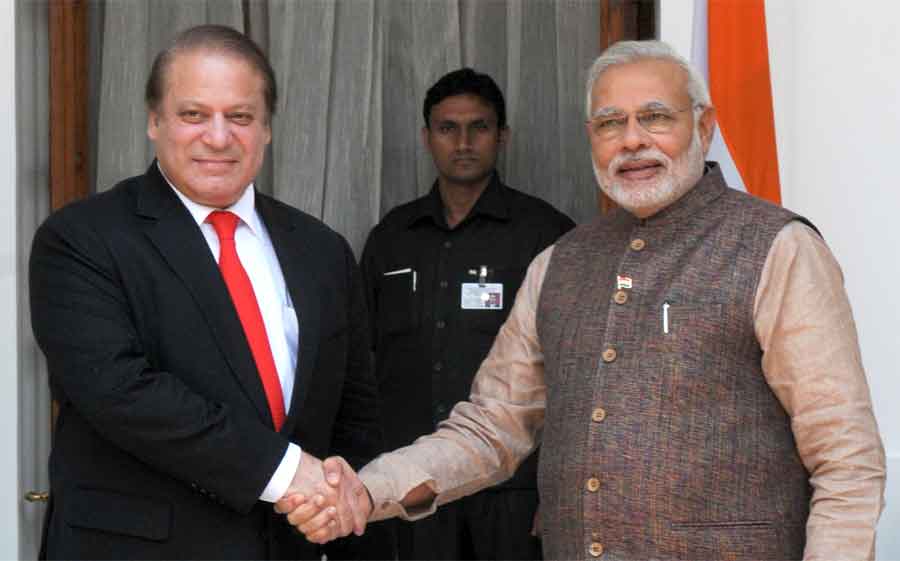 Prime Minister Modi extended his hand of friendship to Pakistan immediately after his electoral triumph by inviting Nawaz Sharif to his swearing-in ceremony and agreeing to hold foreign secretary level talks. This despite the experience of a sterile dialogue with Pakistan all these years and the mixed messages from Nawaz Sharif himself who, while expressing his desire to normalise relations with India, has been emphasising his intention to escalate the Kashmir issue politically .

Frequent cease-fire violations on the line of control have created a background of tension that erodes the seriousness of efforts to resume political level negotiations.

How Nawaz Sharif reconciles these two contradictory strategies is unclear. Pakistan cannot say that it wants to turn a page with India while determined to read from the same well-worn text on Kashmir dating back several decades. If Nawaz Sharif as a Muslim Leaguer cannot disregard his family and party links with jihadi groups and this compels him to agitate the Kashmir issue, then Sharif the businessman, with Pakistan’s economic interests in mind, cannot move very far with India. In dealing with Pakistan we are always caught half-cock between rude reality and wishful thinking and hence the inconsistencies of our policies towards that country.

Pakistan has made little effort to create the right atmosphere for the foreign secretary-level talks. Frequent cease-fire violations on the line of control have created a background of tension that erodes the seriousness of efforts to resume political level negotiations. Pakistan has refused to move forward on relatively doable trade issues by perversely linking MFN status for India to prior settlement of its complaints relating to non-tariff barriers (NTBs), customs procedures, business visas and trade imbalance. India itself has issues of NTBs, market access and business visas with many developed countries, and has a severe trade imbalance with China, although we have given each other MFN status decades ago. The problem is with the Pakistani mindset, not the merits of the issues involved.

The Pakistan High Commissioner (HC), under instructions from his government, decided to poke us in the eye on the Hurriyat issue before the FS-level talks. Nawaz Sharif had not met the separatists when he came to Delhi in May as the occasion did not lend itself to such a provocation. The HC was seeking to redress this omission. Pakistan is aware of our sensitivities on the issue as we have remonstrated with them publicly when its leaders have met the Kashmiri antinational elements in the past. It has disregarded our protests and the previous governments, wedded to a dialogue with Pakistan, have swallowed this affront.

Through this gesture of hobnobbing with the separatists Pakistan sends many signals: That Kashmir is not India’s internal matter, that these elements represent the true Kashmiri sentiments, that those who do not accept Indian sovereignty over Kashmir are the true representatives of the Kashmiri people and that Pakistan is willing to openly meet secessionists even in the Indian capital while, on its part, condemning imaginary Indian support for Baluchi separatists.

Pakistan has not taken into consideration that there is a new government in Delhi and the liberties it took with the previous one cannot be taken with the new one, however much Shri Modi is keen to work with Pakistan on a different and more positive agenda.

In any case, with the Nawaz Sharif government embattled in Islamabad by the dual-street challenge from Imran Khan and Tahirul-Qadri and fighting for its existence, it was pointless to hold these talks at this juncture. Pakistan could hardly give a positive direction to these talks when the government’s survival would be better served by a hard line with India. It is good that the talks have been called off.

3 thoughts on “Indo-Pak Talks: The problem is with the Pakistani mindset”