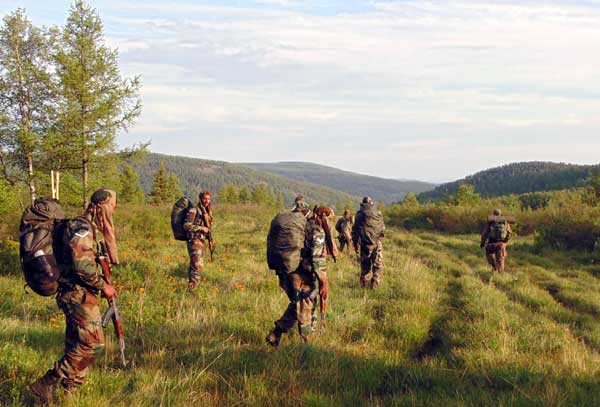 The Eleventh Indo-Mongolia joint training Exercise, ‘Nomadic Elephant – 2016’ to promote military associations between India and Mongolia has commenced today at Mongolia. The exercise will culminate on 08 May 2016. The aim of this exercise is to develop synergy and inter operability between the two armies to fight in Counter Insurgency and Counter Terrorism environment under the United Nation mandate.

A platoon of the Kumaon Regiment of the Indian Army alongwith a team of two observers will be taking part in the event. From the Mongolian Armed Forces, a total of 60 personnel will take part in the exercise. The event will culminate in a 48 hours joint outdoor exercise covering specialised operations in Counter Insurgency and Counter Terrorism environment.

The Indian contingent will share their practical experiences of Counter Insurgency and Counter Terrorism operations through a series of classroom lectures and outdoor demonstrations which include aspects like House Clearing and Room intervention techniques in hostage situation, road opening, establishing mobile check posts, intelligence gathering and drills for countering Improvised Explosive Devices. Besides, military training both the contingents will also share their techniques of unarmed combat, specialised rappelling and participate in various sports events during the two weeks exchange.