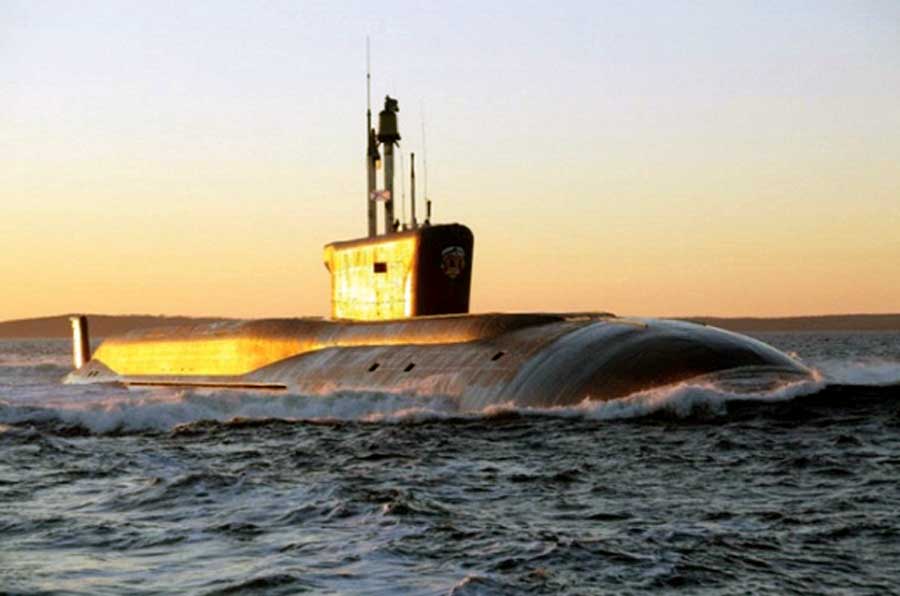 This is considered an appropriate time to review the major hurdles faced by the programme. As expected, technological challenges were numerous. They have been intentionally, kept out of the discourse here. Only two of the most overbearing, issues of human errors that had significant affect on time overruns, are high-lighted here. But for those, it is believed that the project would have crossed the threshold and avoided getting embroiled in the quagmire that followed the collapse of the Soviet Union. And the boat could then have been delivered at least one decade earlier. It took several interventions at the highest political level to overcome those setbacks. Thereafter, on that count, the project has had a comparatively smooth sailing, all the way.

Having achieved success in the technology demonstration mode, it is time now to focus on improving operational efficiency, stealth capability, habitability, ergonomics, maintainability and survivability…

The first major challenge was to reorient the s/m design team from a conventional single hull design framework to a double hull nuclear powered s/m concept. Besides, having to put aside all the design normative and processes learnt at the Professor Gabler’s s/m Design Institute in Lubeck, it required a complete mindset change. Next, came the enormous challenge of innovating, the unique fuel package required for a compact s/m reactor. The Indian establishment had vast experience in developing the nuclear power programme under very stringent international technology denial regime. At that point of time, we also faced serious obstacles in obtaining enriched uranium, the universally accepted staple feed for the s/m reactors, in the quantum required to sustain a nuclear s/m flotilla.

The thrust of our power programme was based on using plutonium and thorium as fuel in the rod form. That was our forte. Furthermore, based on the surmise that no external assistance could be expected – BARC had initiated the design using the Plutonium rod type fuel route for the s/m reactor. The Indian Navy staunchly opposed this choice – declaring it impracticable for naval application. Nationalist pride and professional confidence of the scientists, to be able to find an alternative route on their own, blocked any venture for any external assistance. The initial conditionality of the safeguard clause also delayed our seeking any external assistance. The serious Soviet reservation due to the fear of clash of interest till FRG was onboard on the Nuclear Proliferation Treaty front – was another cause for time overruns.

After the uranium enrichment facility at Rattehali became operational – we pressed ahead with the enriched uranium fuel rod solution. The plate type fuel element option, with its inherent robustness and sound suppression qualities, would have been the preferred choice. Accepting the severe limitation of indigenous capability to deliver this, within the time constraint of the project, the issue perforce had to be put on the backburner.

Ramboli has been chosen for its strategic location, deep water protected harbour and scope for providing full support to the entire range of nuclear s/m and a carrier battle group…

In its long and tedious journey, the project has experienced many ups and downs. In a complex and multi-disciplinary project like this, such hiccups are to be expected and need to be taken in one’s stride with an open mind and scientific temperament. This is especially so, since it involved cutting edge technology that would normally be denied on the grounds of:

Besides those, there would have also been countless other technological challenges. It is also evident that in the end, they have all been overcome, quite successfully. Arihant stands testimony to that.

In spite of a hostile environment of stringent technology denial regime being in place – on this count, the national interests of both India and the USSR converged. In-depth analysis would show that most of the hiccups could be attributed to transient changes in the
geo-strategic/political scenario between the USSR and the USA, the USSR and the PRC and NPT, MTDR regimes, in particular.

On the one hand, take the downslide of the relationship between the USSR and the PRC in the late 1960s – peaking in the breakdown over the boundary line along the River Usuri. On the other side, consider the geo-strategic necessity for USSR to try and wean the IN’s dependence on RN. Put together, these are perceived to have led to the Soviet overtures to IN. On the downside, consider the period of Soviet preparations for their withdrawal from Afghanistan and also the collapse of the Soviet Union and the cosiness that crept in towards the West thereafter. All these, can be closely linked with specific events leading to the upswings/downturns experienced by the project. 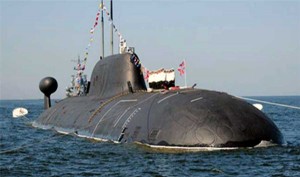 The above could be typically represented by the following instances:

By and large, the systemic support for the project remained steady and robust – except in the periods identifiable and associated with understandable tactical swings. Besides the establishment itself – we had a staunch supporter in Admiral of the Fleet Gorashkov. The Rubin Design Bureau (Academician Xlopkin and Chief Designer Karmolitsin) and Krilov Design Institute played a stellar role in steering our design team through the turbulent waters. Captains First Rank DC Kocperyuths the CO of the S/M Training Centre Makharov played a pioneering role in preparing our first nuclear s/m crews.

The ATV programme model has proved its worth and must be emulated. The project is almost entirely managed by naval personnel though under the DRDO umbrella. This has established that in the Indian environment technical naval officers duly empowered and appropriately supported by integral finance and commercial wings, is the best combination, to deliver such highly complex multi-disciplinary projects.

The importance of continuity in the core group is an essential criterion, especially in such highly complex projects with long gestation periods. This comes into direct conflict with HRD requirement of the Navy that need to fulfil some rigid criteria stipulations for each selective promotion opportunities. Domain expertise inputs from the end user, analytical ability and scientific temperament are other indispensable qualities essential for the project. The IN has managed to strike a balance and provided a judicial mix of all the requisite properties. Now that the project cadre has stabilised, horizontal inductions at the top level must at all cost be avoided, especially, to merely provide billets for promotion avenues to the general Naval cadre. This is essential to maintain the highest standards and cadre morale within the programme.

Time overruns is another major issue with all DRDO projects. In this case, besides the unpredictable changes in the geopolitical scenario, the severe and inflexible security embargo imposed on this project, has seriously impacted on this phenomenon. The absence of an independent technical audit authority has been a severe handicap. Had that been in place – there is good reason to believe that at least ten years of time overruns could have been avoided. This has been a long standing bone of contention for the IN. The Naval Professional Directorates are charged with the responsibility of inducting technology into the IN and are designated keepers of professional standard, safety norms and ethics. They have the wherewithal to fulfil the function including the requisite infrastructure and data base.

To get over the serious operational handicaps of Vizag naval base, a new s/m base, Project Varsha, at a greenfield site at Ramboli is under construction.

Over and above that, there has been no security breach in the more than three decade old PPP arrangement involving several agencies, many of which are in the private sector. Why an independent technical audit authority (under the Official Secret Act), possibly with the full involvement of professional Directorates has been denied, is an often asked question? This could be attributed to a built-in systemic dogmatism? It certainly cannot be due to fear of their not being trusted to keep state secrets – when private sector in the industry could be relied upon, for the same.

Now that we have declared our intention to transit from an SSGN to SSBN and on to SSN also, it would be prudent to follow in the footsteps of the Russian Navy in developing the follow-on SSBN and SSN, using the basic hull design of Arihant class s/m. This process is depicted by the example of Akula II class Project 971 (SSGN) hull design being used for Borey class of Project 955 (SSBN) and Yesin class of Project 885 (SSN), as illustrated here.

Having achieved success in the technology demonstration mode, it is time now to focus on improving operational efficiency, stealth capability, habitability, ergonomics, maintainability and survivability criteria to achieve the full potential of the platform. To get over the serious operational handicaps of Vizag naval base, a new s/m base, Project Varsha, at a greenfield site at Ramboli is under construction. At the Navy Day celebrations last year – the FOC-in-C (ENC), at his press conference, is reported to have given it a PDC of 2018. Ramboli has been chosen for its strategic location, deep water protected harbour and scope for providing full support to the entire range of nuclear s/m and a carrier battle group to be based there.

Finally, the Project 75I, at the RFP stage, also has some specific take aways from this project. The main thrust should be to emulate the ATV model of acquiring design ‘know how’ and ‘know why’ TOT. And in addition, incorporate a contractual commitment on the JV partner to provide full validation cover for the parallel indigenous design exercise that should be intrinsically linked to the parent Agreement. The ATV design process of proceeding from Arihant to S3, S4, S5 and then on to SSN design – illustrates the point. Otherwise, we will once again land up in the same license production trap that both the HDW Shishumar and the DCNS Scorpene project fell into. This will be the last opportunity to achieve the strategic technological objective of achieving self-reliance in s/m design, particularly of a single hull category and must, on no account, be surrendered.