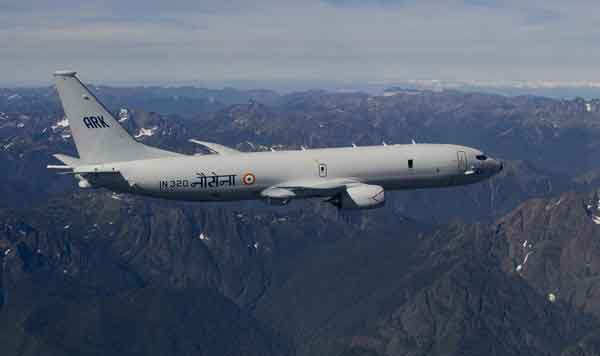 The marine environment has already become a live issue because of oil spills and plastics proliferation. Rise in ocean temperatures as a function of global warming has caused ice fields in Antarctica to melt at an unprecedented rate and the prospect of the Arctic Ocean becoming relatively ice-free for year-round navigation, has soured relations between Canada and the USA as they stake claims to new territorial waters or assert freedom of high seas passage, respectively. The effect of rise in sea levels on low island countries such as the Maldives will be devastating, and only a little less so for the heavily populated coastal areas of all littorals.

Claims to extended Continental Shelf under UNCLOS have also to be submitted by 2009, supported by voluminous hydrographic data. In the case of India-Pakistan and India-Bangladesh, this is complicated by unresolved maritime boundaries. Ideally an agreed joint claim would be the least expensive and most satisfactory proposal. With a new mood of positively approaching the Sir Creek boundary dispute, it is possible to hope for a similar approach to the maritime boundary; it be noted, however, that procedures under UNCLOS provide for this being addressed without awaiting the outcome of the Sir Creek negotiations, a formulation not acceptable to Pakistan for political, rather than practical reasons.

Because of climate change natural disasters such as the 2004 Tsunami, are expected to become more common. Nature’s fury was also visited upon the US Gulf coast in a series of destructive hurricanes in 2005, the worst being “Katrina”, which ravaged New Orleans. In the case of the Indian Ocean Tsunami, the Indian Navy and Coast Guard provided immediate relief, both to its own island territories as well as to affected neighbouring countries. More than 40 ships were deployed within 24 hours, to Sri Lanka and Indonesia, the worst affected, apart from Tamil Nadu.

India has long faced military threats, economic pressures and technology denial regimes due to its independent policies and has emerged the stronger for it. With improvement in relations with China and Pakistan, direct military threats may have receded across the land frontiers, but clandestine warfare continues across the Pakistan, Bangladesh and Nepal frontiers, each with its own special characteristics, but with the common inspiration of Pakistani intelligence agencies. India will no doubt cope with threats in the neighbourhood as it has done in the past. It is the future security situation at sea which demands attention, as developing maritime forces and responses must work in at least a 25 year time horizon, in the short term.

Unlike threats to national security from landwards, which always emanate from neighbours, threats from the sea are difficult to predict and prepare for because of the nature, reach, flexibility and mobility of naval forces. Only well analysed experiences of maritime history evaluated by strategic professionals, can yield the lessons, which can be a guide to raising and maintaining naval forces sufficient to safeguard its interest at sea on a durable basis. These will have to be financially supported by informed political leadership and a strong economy, without which there is no defence capability. An inimical distant naval power, if it gains access to bases in the Indian Ocean, can rapidly alter the strategic balance against Indian interests, even if it does not have the resources of a superpower. History has shown that nations having substantial interests in the seas need to have capability to protect them against threats which may seem nebulous in tranquil times. Times change, as do national interests. Threat perceptions, therefore, need to be kept up to date.

Assured energy supplies at affordable cost remain a primary concern for all major oil consuming countries. Japan, China and India are in the forefront of consumption. For the foreseeable future no alternate source of energy can replace fossil fuels and, therefore, securing of those supplies remains a high priority. Most countries in the Asia-Pacific region are highly vulnerable to disruption in oil supplies from the Gulf. Cooperative arrangements for ensuring the safety of oil supplies will require to be pursued. As all the tanker traffic from the Gulf to Japan and China passes close to Indian shores and through the Malacca Straits choke point, it is natural for India to be involved in measures to promote regional energy security. The USA and Japan, once chary of allowing India any important role at sea, are now eager to see it assume enhanced responsibilities. Sooner or later it will have to do so by developing good understanding and strong economic and political relations with countries of the Indian Ocean region and important non-littoral powers like the USA, China, Japan and other maritime users such as France and Britain.

India is presently one of the largest importers of arms in the world, mainly because its own manufacturing capacity is inadequate. It had no industry worth the name at Independence and all its defence equipment came from Britain. Having been at the receiving end of western sanctions for long, meeting its defence requirements, whenever financial resources permitted, has always been precarious, and suppliers have not hesitated to deny spare parts whenever India’s international stance or actions did not meet with their approval.

This situation continues, the latest example being the proposed transfer of Islander aircraft by the Indian Navy to Myanmar and UK threats to deny spares, something it has done often in the past. Many US and EU sanctions and technology denials remain in place. In such circumstances, how advisable is it for India to enter into arrangements for procurement of P-3/P-8 maritime reconnaissance aircraft from the USA? Or “Scorpene” submarines from France? The short answer is that we have limited choices and will have to “lump it” for some more time and try to ensure that whatever is contracted is least restrictive of our sovereignty.