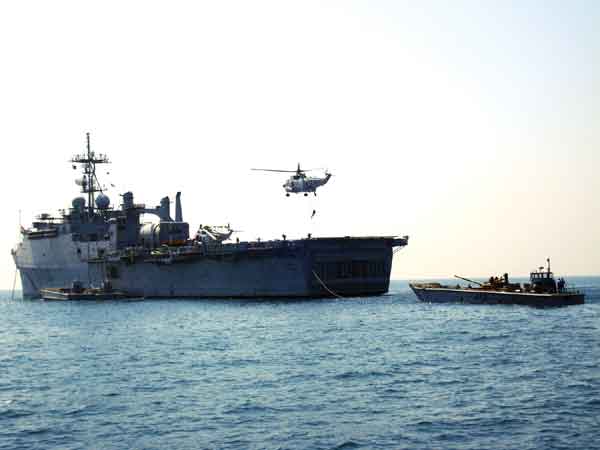 Similar to the HDW submarine contract – the Scorpene contract also provided for transfer of a comprehensive set of design know-how documents. This package was considered adequate to enable our designers to undertake any modifications and even venture into design of the next generation of single hull submarine. The catch is believed to be on account of being denied access to the linked compendium of submarine equipment and component data/specifications, along with its vendor particulars.

In spite of the existence of the Submarine Arm for more than four decades, India has failed to encourage the development of any indigenous production base for submarine ancillaries. In the absence of such a capability, access to detail particulars of such imported components was considered a crucial element needed for systems design. A separate Government to Government Agreement was being insisted upon by the vendor for any such transfer of information. The Government failed to appreciate the importance of such an input and did not pursue it aggressively enough. Bearing in mind the national interest in attaining and perfecting an indigenous submarine design capability, this should have been included as a strategic objective of the project. This could have been obtained as a part of the main contract or even against an offset obligation. In this context, the advice of the professional members was discounted by the Acquisition bureaucrats on the Board.

India has failed to encourage the development of any indigenous production base for submarine ancillaries.

Even at that stage, a separate Government to Government Protocol to the original agreement could have achieved the objective. Additional cost involved would need to have been adjusted against the Scorpene offset obligations.

In contrast to the above cases in India, one needs to learn a lesson from the Korean experience. Korea began the construction of a submarine type 209 in collaboration with HDW much after India went in for the type 1400 submarine. Today, Korea has already graduated to exporting submarines to Indonesia.

Failing in the above objective, instead of waiting for another opportunity to open up against the next-generation conventional submarine acquisition programme (Project 75I – which may not go in favour of France) – an out-of-the-box solution should be found by making a piggy-back attempt against an ongoing mega project with France. In such cases of cross project transfer of offset assets, the biggest hurdles are more likely to arise from objections from the direct customers – IAF and HAL, rather than the suppliers. This only emphasises the need for a National Offset Management Agency.

But for want of this specific know-how, the Navy would have been on the threshold of a breakthrough in acquiring this capability of national importance. In case DCN is unwilling to find an out-of-the-box solution to this predicament, both DCN and HDW should be taken out of reckoning for any future contracts.

Further opportunity on this count will become available again with Project.75.I. In case, the option suggested against an ongoing mega French defence acquisition project does not work out then – this opportunity must not be allowed to slip by. All deficiencies in design know-how transfer must be clearly identified. All avenues must be pursued, inclusive of using the offset provision and making full use of the multiplier factor. In this case, it should be a full bore Joint Venture (JV) design, development and production contract. Validation of indigenous design should be made a contractual obligation. 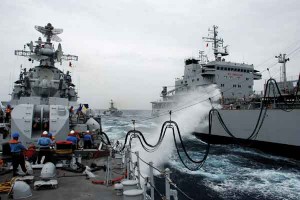 Having failed on two occasions from different sources in Europe to achieve a genuine submarine design knowhow transfer – it is time for us to move on and accept the ground reality that such a transfer is not possible due to strategic commercial consideration of the Original Equipment Manufacturers (OEMs). In the process of moving on from this predicament, the following needs to be given due weightage:

All deficiencies in design know-how transfer must be clearly identified.

Another serious issue to be taken by the horn relates to building up of a fully fledged HRD plan to cope with the above reality. A pragmatic view must be taken to get the shipyards to gear up to take on their legitimate share of the design load. Private firms must be given the opportunity to compete on a level playing field. L&T has already established its credentials as a reliable source for submarine hull construction and integrated system design. They could be serious contenders for taking on this aspect of future submarine building programmes. The main handicap they have is the absence of a captive shipbuilding infrastructure. Interim innovative solutions can be found for such contingency also.

The Navy should not fall into the temptation of accepting the responsibility of carrying the design exercise through to the working drawing stage. For one, it will not be able to build up the cadre both in number and skills within the desired timeframe nor will it be able to provide the continuity required in performing the function efficiently. Given the opportunity the private sector would take on the challenge and deliver results.

As seen from above, the absence of an industrial complex capable of delivering conventional submarine parts and non-inclusion of critical documentation for the same, as part of the original contracts for HDW and DCN submarines has rendered a well-strategized naval plan, for developing a design and development capability, to a naught. The onus for which can once again be squarely laid on the narrow-minded approach of the bureaucratic institution in the Defence Acquisition Organisation.

Validation of indigenous design should be made a contractual obligation.

This brings to the fore another parallel attempt made earlier which could have partly compensated for the deficiency highlighted:

Note: Being a part of the Integrated Service HQs – they would still continue to be professionally responsible to the Navy. 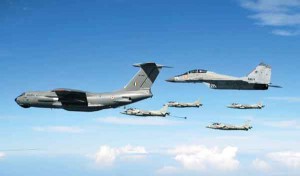 A deeper examination of all the above cases would indicate that had a cost-benefit analysis study of the options available at that time been undertaken, the situation would have been totally different. These instances once again illustrate that the bureaucratic leadership has yet to go beyond the bazaar bargaining mentality. Their negotiating skills are limited to bargaining for a percentage cut syndrome. Most of bidders come well prepared to deal with such a situation. To highlight the pitfalls, some independent authority like CAG/PAC should undertake a deep case study of these specific cases.

It would also be observed that all the achievements identified in the above narrative were managed in spite of the development of indigenous submarine design capability not being enshrined in the long term submarine induction programme, as a policy objective. Maybe the acquisition bureaucrats would take shelter under such an excuse for their myopic attitude on the subject.