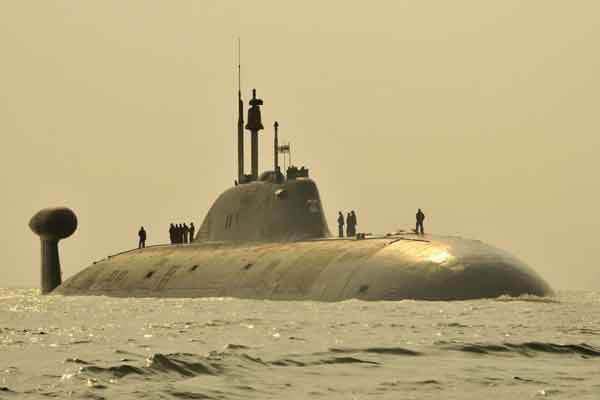 The defence shipyards have not as yet come up to Navy’s expectations, particularly in respect of productivity standards. Time and cost overruns have become a perpetual problem. Some of these could be justified with legitimate explanations; others need to be urgently addressed. Technological modernisation, skill up-gradation and trade structure review are long overdue. Hopefully, the new private shipyards coming on stream would create the competitive compulsions to expedite this process. To inculcate a healthy competitive spirit the private shipyards need to be provided, similar encouragement and a level playing field.

The persistent long-term naval objective of establishing indigenous surface ship design and build plan has now started bearing fruit. From the 1950s, the Navy commenced training its design engineers in all relevant disciplines, including Naval Architecture in UK. It also resolutely nurtured the defence shipyards. Every Chief of Naval Staff (CNS), since independence, has been fully supportive of this objective and has proactively, steered through the ambitious plan. Today the order books of all defence shipyards are full. Hindustan Shipyard Ltd. (HSL), a Public Sector Unit (PSU) has also been added to the Defence PSU basket. By now, the Navy can proudly claim to have designed at least seventeen class of ships and built beyond eighty ships indigenously and is well on its way to do the same with a nuclear powered submarine and an aircraft carrier.

The indigenisation process in respect of submarines has not been satisfactory.

The defence shipyards have not as yet come up to Navy’s expectations, particularly in respect of productivity standards. Time and cost overruns have become a perpetual problem. Some of these could be justified with legitimate explanations; others need to be urgently addressed. Technological modernisation, skill up-gradation and trade structure review are long overdue. Hopefully, the new private shipyards coming on stream would create the competitive compulsions to expedite this process. To inculcate a healthy competitive spirit the private shipyards need to be provided, similar encouragement and a level playing field.

It is encouraging to see that the following defence contracts have already been awards to: 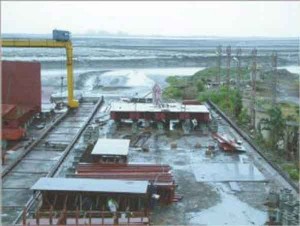 Also, in spite of the support given by the Navy – AAGL seems to be going under. The disinvestment proposal is being pursued but is yet to find a suitable taker. Hopefully, this is just a temporary glitch. 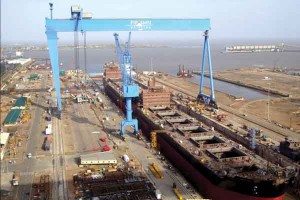 The first submarine was commissioned into the Navy only in the late 1960s. Till then, even for anti-submarine training for surface ships, the Navy was dependent on the Royal Navy to make a submarine available during the Commonwealth Joint Exercises. For that reason building of an indigenous submarine and design/construction aspirations were kept on the back-burner.

Once the submarine induction began, the dormant plans for developing indigenous capabilities were resurrected. Officers undergoing post-graduate training on naval-architecture in the UK and the USSR were encouraged to take up submarine design projects at the academic level. At that stage, the Navy had no formal plan to design or build submarines. Meanwhile serious deficiencies were also observed in the ability for even undertaking and preparing pressure hull repair schemes for the Medium Repairs (MR) of INS Khandheri. These shortcomings were progressively attended to, both at the level of academic training at the Naval Academy in Leningrad and technology transfer through Repair Technical Documents (RTDs) from Soviet shipyards.

By the eighties, the Navy had formulated a long-term plan for its Submarine Arm. In a study published after his retirement, the late Admiral A K Chatterjee, former CNS, recommended a force level of twenty conventional and six nuclear submarines. By then, the Submarine Arm was well matured and had mastered the exploitation and maintenance skills on the I641K submarine, acquired from the USSR. The Navy had also finalised its requirements for the next generation of 877EKM submarine from the Soviet Union. Within the service, the consensus to develop an indigenous submarine design capability had already taken root. Accordingly, the original objective with the acquisition of Howaldswerke Deutsche Werft (HDW) Type 1400 SSK submarine – included the transfer of design knowhow, along with the Transfer of Technology (TOT) on production, operation, maintenance and repairs. 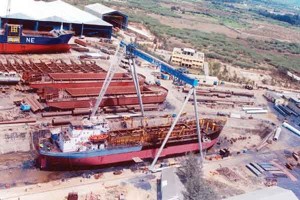 For the above purpose, a multi-disciplinary design team comprising of about twenty-five design specialists received design training, under Professor Aben Gobbler’s unit at Kiel/Lubek in Germany for over twenty months. They were given access to relevant software, design data, empirical formulae and linked values of design coefficients. To earn their diploma, the team had to prepare a concept design of a submarine, to a given Qualitative Requirement (QR) and take it up to and submit a complete preliminary design. This team has been the backbone of other Submarine Design Groups (SDG) with the Navy.

The design team had the confidence of undertaking any modification work that could come up during the service life of the boat. They also considered themselves capable of taking on a single hull submarine design ab initio. Since such an attempt would have been for the first time in India, validation of the design and linked tank trials would perforce have to be undertaken by a design agency with established track record. Unfortunately, taking forward of such a strategic objective got derailed due to the political/contractual fall-out linked to the alleged Bofors/HDW scam. Naturally, the goal post also got shifted not only on the submarine construction programme but also on any long-term plan foreseen earlier.

Fortunately, the timing coincided with the launch of the indigenous ATV nuclear submarine programme. It became convenient to redeploy the core element of the design team to this priority project. One limitation that the Navy ran into, in respect of exploiting the design know-how technology acquired against the SSK project, was the mismatch between what was received and the need of the hour. Such a contingency could not have been foreseen. In that context, Western expertise was in the area of single hull submarine. Whereas, due to its own compulsions, India’s immediate requirements at that time were for a double hull design.

In 1971, the surfacing of just one Soviet nuclear submarine in the Indian Ocean was sufficient to neutralise the US carrier battle group deployed there to intimidate India from continuing with its objective of helping the Bangladesh liberation movement. This single event served as an eye opener to Indira Gandhi, the then Prime Minister (PM) of India. The strategic significance of a nuclear powered submarine was driven home to the PM. Soon thereafter, she initiated the feasibility study on an indigenous nuclear propulsion plant for a submarine. This initiative has now been converted into a reality. INS Arihant, the first indigenous nuclear powered submarine, is presently undergoing basin trials and will soon be subjected to extensive harbour and sea trials. Hopefully, this year, INS Arihant will be a part of the nuclear triad in India’s deterrent strategy. The timeframe for the execution of this project could have been considerably compressed had we taken a pragmatic and proactive action before the collapse of the USSR. Just imagine the strategic implications of having an indigenous second strike capability before 1995. Someone should take stock of the cost of the opportunity lost due to the delay.

In the mid 1980s, — INS Chakra I, a nuclear-powered Charley class submarine with cruise missile capability (SSGN) was also leased out from the Soviet Navy.

The primary role assigned to it was for training and imbibing operation/maintenance skills. The expectation was that during the lease period, India would be able to design and build an indigenous nuclear powered submarine of her own. That proved to be an unrealistic expectation. Hence, on expiry of the lease period, INS Chakra was returned to the USSR.

In December 2011, the INS Chakra II a Nerpa class SSGN was taken on lease from Russia for a period of ten years and has joined the fleet now. This will dove-tail into the operationalisation programme of the indigenous nuclear powered ballistic missile submarine (SSBN) Arihant and will be progressively joined by additional SSBNs already in the pipeline.

It is heartening to note that in the case of conventional submarine design capability acquired from HDW, measures were taken to keep the knowledge alive and kicking for future use and not allowed to fall by the wayside as it happened in the case of MDL building skills. The Naval Design Bureau has had an institutionalised system in place to archive all such design knowhow imbibed by the individuals and the establishment. Though the original design team is no more available to the Bureau – the wherewithal is not lost and can be retrieved and built up on, at any time needed. 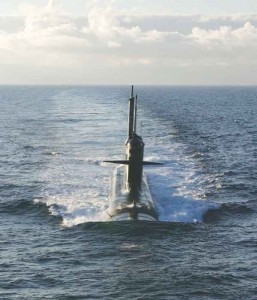 Though at that stage no formal concrete proposal for a long term submarine acquisition programme was on the table, the Navy did not let its guard down. Naval Architects, undergoing post-graduate professional courses at Greenwich in the UK and at the Soviet Naval Academy, Leningrad, were encouraged to take up submarine design as a project assignment. That continued during the period of induction of I641K and 877EKM submarines from USSR.

At the time that the thirty-year, long-term submarine acquisition plan took shape, the option for carrying forward the HDW programme for indigenous design of a conventional submarine had been closed. Meanwhile, the proposal for additional twin streams of submarine construction programmes – one on the East coast and the other on the West coast had emerged. At the time, the expectation was that the next collaboration agreement would take care of any deficiencies observed in the HDW contract so that the follow-on submarine programme could be of genuine indigenous design.

In hindsight, any deficiency observed from the SSK project should have been taken care of, in the follow-on submarine acquisition project (i.e. the Scorpene project with Direction des Construction Navale (DCN) France. It seems, however, that we have not made use of that opportunity to the extent that we ought to have.