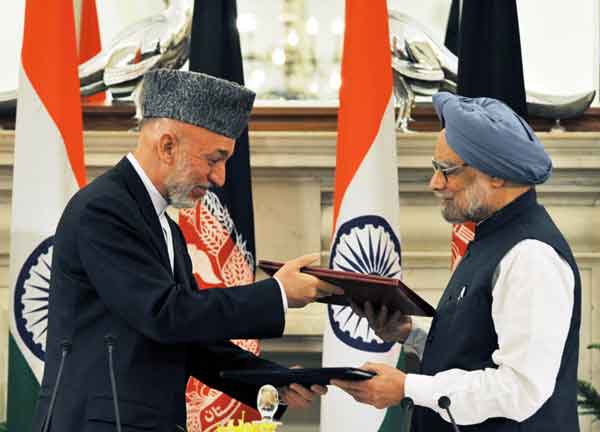 Prime Minister Manmohan Singh and the President of Afghanistan, Mr. Hamid Karzai exchanging the singed documents of an agreement on Strategic Partnership between the Republic of India and the Islamic Republic of Afghanistan

The India-Pakistan joint statement at Sharm-al-Sheikh during the NAM conference in which Balochistan was mentioned for no rational reasons has once again brought into sharp focus, lack of direction, absence of any strategic thought and a shocking unawareness of our national interest on part of our foreign policy establishment.

Those who have been carefully following India’s foreign policy since independence will not be surprised. Our foreign policy has been a continuous muddle ever since.

In the early fifties, when Nehru looked around, he found most of our neighbours and the countries of Africa and even Europe being ruled by military dictators. That gave rise to an unnatural fear of the Armed Forces…

A country follows a foreign policy so that gains are accrued. Here we have been following a foreign policy which has resulted in an unending chain of disasters. What is worrying is that no one seems to bother.

When we became independent in 1947, a need arose to evolve a conceptual frame work of foreign policy. Nehru abrogated to himself the role of the sole arbiter of our foreign policy. Foreign office mandarins were only too happy to follow in his wake. They followed the dictum ‘Papa knows best’.

Nehru was heavily influenced by the Gandhian thought of occupying a moral high ground to put the adversary at a disadvantage. Since this model brought us independence or so it was thought, Nehru visualized that this concept could be applied to foreign policy as well.

Non-violence and non-alignment became the cornerstones of our foreign policy. We deliberately overlooked the fact that Great Britain had been bloodied white in the Second World War and was in no position to hold on to its colonies and in a few years the mighty British Empire unfolded. 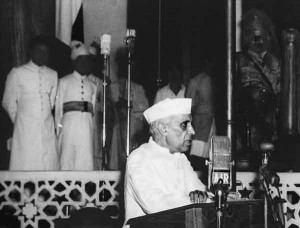 We could have been in occupation of the moral high ground had we maintained equidistance from the two superpowers during the Cold War. But in practice we became a part of the Soviet camp. So the entire foreign policy approach was flawed from day one.

Unlike the West and even China, India has never had a strategic culture. Perhaps the reason was that India has never been an entity as it exists today. Akhand Bharat has only been a concept not a reality. The result was that invader after invader kept coming and we were subjugated to hundreds of years of foreign rule. This should have taught us that Armed Forces need to be co-opted in the foreign policy as an instrument of state policy. But it did not happen.

There are two reasons for this glaring omission.

One is the Gandhian philosophy of non-violence which heavily influenced Nehru and others at the time of independence. Immediately following partition in 1947, Nehru continued to ignore military considerations in dealing with foreign policy issues. A story goes that – The British General Sir Rob Lockhart, first Commander-in-Chief of free India’s Armed Forces, was left in no doubt by his Prime Minister when he went to him with a Defence Paper, asking for a formal policy directive on defence. Nehru glanced through Lockhart’s paper but was not in the least amused. ‘Rubbish! Total rubbish!’ the Prime Minister exploded (according to Lockhart). ‘We don’t need a defence policy. Our policy is ahimsa (non-violence). We foresee no military threats. As far as I am concerned you can scrap the army – the police are good enough to meet our security needs’. It is thanks to the ‘J&K war of 47-48′ which brought home the harsh reality to our rulers.

Prime Minister exploded (according to Lockhart). “We don’t need a defence policy. Our policy is ahimsa (non-violence). We foresee no military threats. As far as I am concerned you can scrap the army”.

The second reason is that in the early fifties, when Nehru looked around, he found most of our neighbours and the countries of Africa and even Europe being ruled by military dictators. That gave rise to an unnatural fear of the Armed Forces and instead of co-opting them in the national foreign policy framework, all attempts were made to keep them out of the decision making loop. In fact, the single point agenda for the politician and the bureaucracy became emasculation of the Armed Forces. We have already paid a heavy price for this and unless the concept of using the Armed Forces as an instrument of state policy is understood, we will continue to be denied our due place in the comity of nations – our 8 percent annual growth rate notwithstanding.

The J&K Problem – A Self Goal

Nothing illustrates our muddle headed approach in foreign policy more than the festering store of the J&K problem – entirely our creation. When our Army was poised to clear J&K of Pakistan raiders and regular army, we took the issue to the UN, thereby turning a bilateral problem into a world problem. The problem gets compounded thereafter. Take the case of the UN Resolution of 1949 which is in three parts. 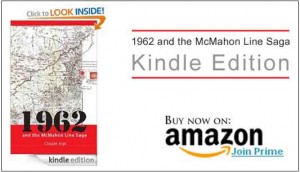 Part I says there will be a ceasefire between India and Pakistan.

Part 2 says Pakistan must vacate aggression and withdraw all its regular and irregular forces from J&K and Indian administration will extend to the entire state of J&K as hitherto fore.

Part 3 says that once conditions become normal, plebiscite will be held. So as shall be seen, the UN Resolution is highly favourable to us. Instead of trashing the UN Resolution, we should have been harping on Part II and not mention Part III at all like Pakistan only mentions Part III, ie, the plebiscite bit.

The Chinese oppose everything that we do, whether in the Nuclear Supplier Group or Asian Development Bank and there is not even a whisper from us. Chinese transgressions and intrusions are taken with a stoic calm. This supine attitude is called maturity.

After the ‘71 war we started saying that the Shimla Agreement supersedes all UN Resolutions. The world does not agree to this. A UN Resolution becomes null and void only when a resolution is passed to that effect and this has not happened yet in the case of J&K. Shimla was a golden opportunity to solve J&K problem once and for all, but we allowed this opportunity to slip by. The J&K problem will continue forever.

If one word can describe Indian foreign policy as far as China is concerned since 1949, it is appeasement. We were one of the earliest to recognize the People’s Republic of China. Incidentally the USA decided to do so only in 1973. When the Chinese marched into Tibet in 1950, we lacked the moral courage to condemn this act of blatant aggression. Not only that, from day one we started espousing the cause of China’s admission into the UN even after its aggression in Tibet and Korea. This turned out to be the classic Arab and Camel story.

China today is not only a member of the UN Security Council but opposes tooth and nail India’s entry into the expanded Security Council if it ever comes about. On the border question, appeasement continues till date. We did not break off diplomatic relations with China even after the ‘62 war. 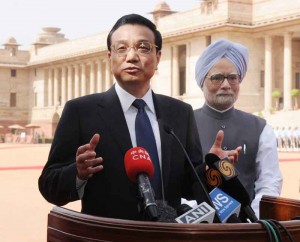 Our China policy, if at all it is, lacks logic, is formulated as a result of irrational fear of China and non reciprocity, a great foreign policy failure which has resulted in our strategic encirclement with a rogue nuclear power Pakistan in the west, a sullen Nepal in the Centre and an inimical Bangladesh and Myanmar in the east. Bhutan is under pressure to cede territory to China and establish diplomatic relations with it which will effectively abrogate Indo-Bhutan Treaty of 1950.

The Chinese oppose everything that we do, whether in the Nuclear Supplier Group or Asian Development Bank and there is not even a whisper from us. Chinese transgressions and intrusions are taken with a stoic calm. This supine attitude is called maturity.