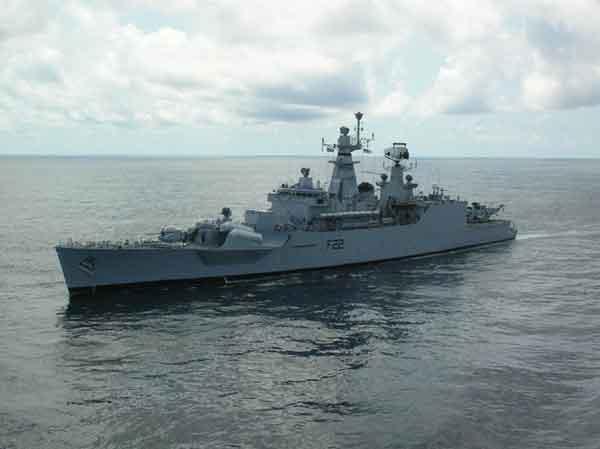 “A comparison with other defense industries would be in order to draw some relevant deductions. Take China, Turkey, South Africa, South Korea, Israel and closer home even Pakistan. We began at about the same time and with a similar technological base. Today all these countries are way ahead of us. Pakistan too has done better than us. Look at our performance a little more closely. We had the unique advantage of being able to access technology and defense systems both from the Soviet Union and the West. Did we capitalize on this distinctive benefit of choice? Should someone be answering questions?”

Ever since the Bofors scandal, procurements by the Defense Ministry have continued to be mired in controversies. CAG and CVC reports bundled with CBI investigations have now regrettably become routine with the defense purchases. Consequently, much at the expense of national security, defense procurements are now more about—not procuring.

That not enough funds are allocated in the defense budget for addressing deficiencies in the inventory, upgradation and modernization is another matter. But the little that is available is being allowed to lapse or frittered away in doles to the defense public sector undertakings. It is indeed inexcusable particularly when our security vulnerabilities are so high and evident.

To presume that we can sanitize our procurements from these universal methods of doing business is infantile naivete.

Over a period of time the MOD has become inured to the defense services agitating over limitations in their combat capabilities as also the occasional criticism from the media. All it does when the focus on defense preparedness becomes unbearably sharp is to come out with a revised procurement policy. So we have had policies being churned out every other year accompanied by pious statements of intent like “Armed Forces all over the world are in a process of speedy modernization and restructuring. India cannot lag behind in this trend. We want a highly modern Armed Force, which will be able to respond quickly and which will be able to meet any challenges,’ or “Speedier acquisition of armaments, systems and platforms while ensuring greater transparency in the procurement process are some of the hallmarks of the–.” The concerns of the gullible are thus assuaged. However, the services of course remain skeptical and convinced that nothing will change, and nothing has, over the last two and a half decades.

So what happens? Our defense forces despite considerable amounts being spent on them for their upkeep are not able to ensure national security. After the attack on our Parliament we mobilized our defense services for Operation Parakrama but did not go beyond the threatening posture. Nov 26 terror attack happened in Mumbai and there was much talk and hype about punitive action; the rhetoric was high, the voices shrill but all talk of action petered out. We may argue that restraint and dialogue are more sensible ways of resolving problems. But if we are pushed into talking for want of an option then some introspection is necessary; and more importantly resolute and urgent action.

The current crisis in Kashmir and the belligerent posturing by China suggest a dangerous collusion. The situation is grave. The distressing and inexcusable part is that we should have seen it coming and should have prepared ourselves for such an eventuality. We can now only hope and pray that the crisis is averted.

National defense preparedness in our context hinges around three main factors – the defense budget, the quality and sophistication of our defense industry, and the efficiency and maturity of our procurement procedures. All three are important and merit deliberation followed by a time bound implementation of remedial measures.

Let us begin with defense modernization. The beginning of the problems with our procurement system can perhaps be traced back to the Government’s decision at the time of the Bofors deal to prohibit agents and the payment of commissions. It was a decision that went against the basics of commerce and the way business practices have evolved the world over. Sales personnel, marketing and commission agents, lobbyists, sweeteners, incentives are an intrinsic part of commerce. To presume that we can sanitize our procurements from these universal methods of doing business is infantile naiveté. So what happened? The system went into some kind of paralysis and its operators learnt to play the game of pretense; hear no evil, do no evil and see no evil. The agents have not gone away and the commissions could not have stopped. So who are we fooling?

No one can argue about the complexity of defense purchases. The entire process of deciding what is required, identifying choices, evaluating them, making a selection and then contracting is truly ‘ rocket science’ where judgment has to be frequently exercised. Our irrational insistence on removing the element of judgment has progressively led to the system’s paralysis. There are any numbers of procurement cases that have been languishing in the pipeline. For the Army the most notable is the case of the new 155 mm gun systems. This case merits recounting.

Twenty five years hence, the Army still does not have self propelled artillery nor does it have the 155 mm guns it needs.

After a comprehensive study in the late 70s the Army concluded that it needed to induct 155 mm guns into its artillery. At that time the Artillery literally had no self propelled guns; a must for mechanized formations. Besides there were the multiple requirements of increasing the potency of its fire power in addition to compulsions of replacing the gun systems that were getting obsolete. Trials for the self propelled and the towed systems were conducted almost simultaneously. Subsequently because of the outrage over the story of commissions having been paid for the Bofors contract, the procurement of the self propelled guns was shelved. Follow up action to manufacture the Bofors gun in India was also not taken despite having had paid the fees for transfer of technology.

Twenty five years hence, the Army still does not have self propelled artillery nor does it have the 155 mm guns it needs. So other than the 400 Bofors guns that were acquired in 1984-86, the rest of the Army’s fire power (over 3000 pieces) capability is limited to guns of the 60s/70s vintage. The crisis of the Kargil war in 1999 underscored the imperative of upgrading our artillery capability. It emphatically established the necessity of having guns of calibers larger than the 105 mm and the 130 mm that formed the bulk of the artillery. To evict the intruders a large proportion of the limited 155mm guns in our inventory had to be deployed. There were demands for many more of these guns that could not be met because we did not have enough. And had the war escalated the absence of self propelled artillery could have had serious consequences. Parakrama soon followed. Again the Army would have felt the lack of adequate artillery.