Indian Navy to Opt for Open Bidding in Chopper Deal

The multi-billion dollar deal to supply at least 16, and as many as 60, Multi-Role Helicopters (MRH) to the Indian Navy will be contracted after an open competitive bidding. The Indian Navy is not considering the American offer to supply such helicopters through the Foreign Military Sales (FMS) route, which allows supply of weapon systems directly by the US government without any global tender. Earlier, the US Navy had offered the MH-60 ‘Romeo’ through an inter-governmental agreement to meet the Navy’s requirements. Following the Indian government’s decision, only two contenders – the American Sikorsky-built S-70 Bravo and the European NH-90 – are now in the fray to take part in field evaluation trials which are expected to begin sometime later this year. 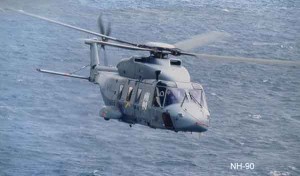 The Navy requires the MRH to replace its ageing Sea King fleet in service since 1970. The strength of the original 40-odd Sea King choppers in the Navy’s air wing has now dwindled to about 30, primarily through attrition. The MRH’s primary role would be anti-submarine warfare and anti-surface warfare, while its secondary role would include search and rescue, cargo carrying and casualty evacuation. As per the tender, the selected vendor would be required to supply the first MRH within 46 months. The Navy will also have the option of placing orders for another 44 helicopters once the present contract is completed.