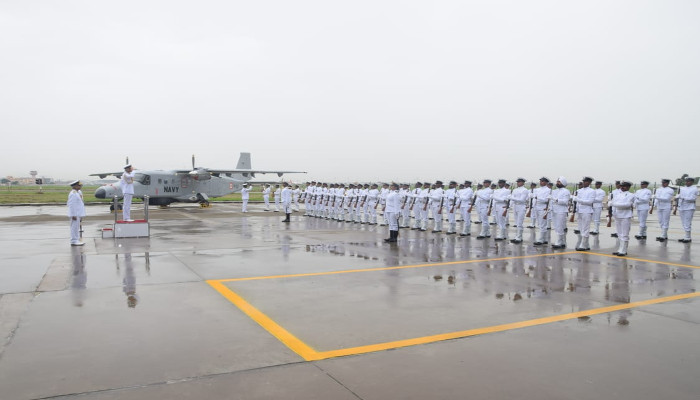 Addressing the gathering Admiral Karambir Singh said that, “Commissioning of INAS 313 marks yet another milestone in our efforts towards enhancing maritime security and safeguarding our nation’s maritime interests”. He also emphasised the importance of India maintaining an edge over its adversaries in defence preparedness. The developing geo-political situation in the region needs to be monitored constantly. It is therefore, necessary to maintain surveillance over the Bay of Bengal, Palk Bay and adjoining regions. The strategic position of the squadron will give the nation, dominance over the North Eastern part of the Indian Ocean which also consists of trade routes.

The Squadron will be operating from Chennai International Airport. With commissioning of INAS 313, the State of Tamil Nadu will have three naval air bases; which is the highest number for any Coastal State. INS Rajali at Arakkonam and INS Parundu at Ramnad are the other two air bases in Tamil Nadu.

INAS 313 derives its name ‘Sea Eagle’ from the bird of prey family Accipitridae. The insignia of the squadron depicts a ‘Greater Spotted Eagle’ searching over the vast blue and white sea waves. ‘Greater Spotted Eagle’ is a large bird of prey and has good sensory capabilities, symbolising the envisaged role of the squadron. The Squadron will operate Dornier aircraft which is a multi-role Short Range Maritime Reconnaissance aircraft manufactured by HAL, under license from RUAG Aerospace. The aircraft is used for maritime surveillance, Search and Rescue Operations and to provide targeting data to weapon platforms. Contributing towards indigenous development and self-reliance through ‘Make in India’, Navy is procuring 12 new Dornier aircraft from HAL with improved sensors and equipment including glass cockpit, advanced surveillance radar, Electronic Intelligence optical sensors and networking features. These aircraft are being delivered in a phased manner to the Indian Navy. 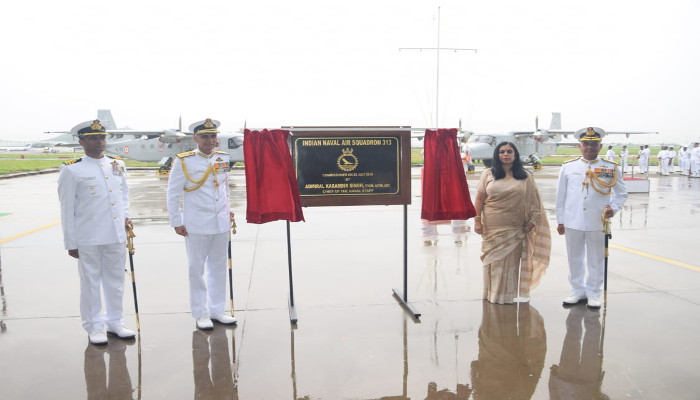