Indian Navy: challenges beyond the horizon

The Currency of Power: In the mid-1980s many commentators predicted the end of the role of military force as the “currency of power”. Subsequent decades were however marked by global changes that significantly altered the distribution of international power. Radical shifts in the status of erstwhile subjugated states, the empowerment of newly developed and developing nations, and the displacement of totalitarian regimes across Europe, have altered the perception of the influence of military power in determining the course of global events. The freeing up of economies, which became the norm by the mid-1990s, resulted in a rise in expectations in many parts of the world. 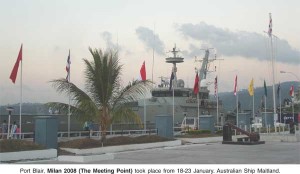 The spread of information made the disparities in living standards more glaring and national, political or ethnic groupings became assertive of their right to a share of the global wealth. As changing tectonic conditions result in periodic earthquakes which enable the earth’s crust to adjust to the altered conditions, this instability created violent upheavals involving the use of military force to realign political or economic power. Predictions of the demise of military force as a currency of power were thus belied by the unilateral exercise of the military option in Central Europe and in West Asia. Far from the imagined era of stability (which is largely interpreted as the maintenance of the status quo) and the much vaunted “end of history” theory, the last two decades have been the most violent in history.

Apart from its being used as a means of forcibly redistributing political power within and between nations, military power is also being applied to further economic interests. The attack on Iraq by the US, and the current imbroglio in that unhappy country, had as much to do with the perceived energy requirements of the US as with any real or imaginary weapons of mass destruction. Similarly, it has been argued that Iraq’s plans to trade its oil wealth in euros threatened the primacy of the dollar as the global currency, and the attack on Iraq was a measure to safeguard vital US economic interests. 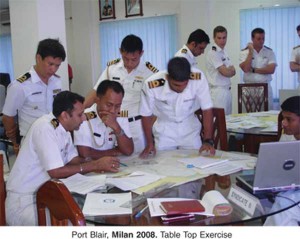 It is apparent therefore, that far from becoming irrelevant, or even waning in importance, military power is still considered a legitimate and viable option by countries that wish to impose their vision of the international order on recalcitrant lesser states. It is equally an unavoidable conclusion that states that wish to retain their freedom of manoevre in global affairs, must possess a sound economy, backed by a robust (even if defensive) military capability. Clearly the age has not yet arrived when nations can dispense with their armed forces. If anything, recent events would indicate the opposite – that failure to invest in national defence capability could cost a country dear.

The Nature of Future Wars

While it is fairly clear that nation states will continue to resort to military force, and we will need to maintain armed forces for the foreseeable future, it is much less clear, what size and shape and capabilities those forces will need to have. Warfare has begun to evolve away from the historical pattern, and massive wars on a global scale between evenly matched and industrialised opponents are generally accepted to be a phenomena of the past. Major influences on the nature of future warfare will be exerted by three main factors–economic interdependence and global-isation, redistribution and realignments of international power, and technology. 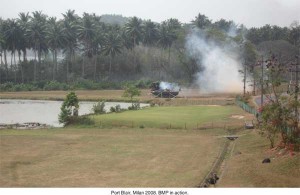 With the collapse of the USSR, socialist economic doctrines were rapidly discarded by all countries and they have embraced the free market philosophies of the West. The resultant free flow of capital, the increase in global movement of labour, and the offshoring of industrial production have bound countries together in a variety of ways–economic, social and cultural. It would be impossible under these conditions for a country to inflict severe or lasting damage to another with which it has close economic ties without itself suffering in the process. Globalisation has thus curtailed the freedom of the more powerful nations to act with impunity against weaker nations with well-developed economies, and with which they have economic relationships. The nature of conflict between such countries would necessarily be of brief durations and be focused on the achievement of narrow and specific (mainly economic) objectives.

The changed distribution and alignment of international power has various facets. The US, and under its leadership NATO, have resorted to military actions decisively against several countries in the last two decades. The object states of these actions are countries that are characterised by poor economic levels, political instability, and the absence of democratic forms of government. It is hard to see similar actions being taken against countries with a stable and democratic system in place, and which have well developed economic, social and cultural international linkages. Although the US has emerged as the sole superpower, it has been forced to become increasingly heedful to international opinion. Thus, while the end of the Cold War resulted in the emergence of a single super power, the economic globalisation that followed has swung the pendulum slightly back, resulting in a moderation of the superpower status.