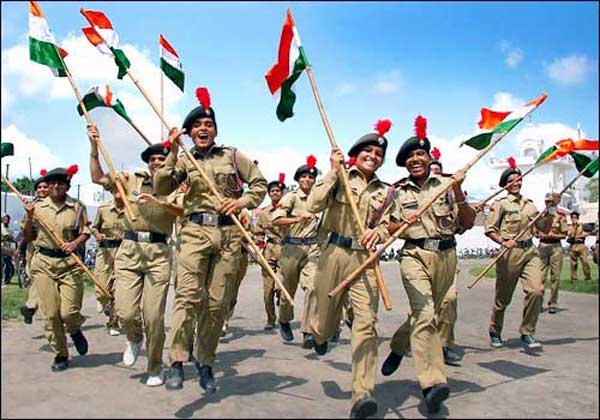 It’s been almost a year since the Indian National Defence University (INDU) bill has been drafted. Last year, on 5th August, the bill went online at MyGov.in and the website of Ministry of Defence for six weeks for public consultations. The draft bill proposed to establish a world class fully autonomous institution under Ministry of Defence.

INDU is proposed to be governed by its own norms and will inculcate and promote coordination and interaction between the Armed Forces and other Government Agencies including friendly foreign countries.

Later, in 2010, the then Cabinet approved to setup this proposed university near Gurgaon. The land for setting up this university was acquired two years later in 2012 at Manesar in Gurgaon district. The final Detailed Project Report (DPR), which was a blueprint explaining the physical construction of the university, its act and statutes, plans for faculty development and the overall intellectual approach was submitted an year later in 2013. As per the press release by Ministry of Defense on 5th August, 2016, infrastructure development on the acquired land for this purpose had commenced in December 2015.

Coming back to the present, the draft bill is yet to be discussed before both the houses in the Parliament. The bill highlights few important points regarding the proposed Defence University. As per the bill, the University will be a teaching and affiliating University for the existing training institutions of the three Services which will develop and propagate higher education in National Security Studies, Defence Management and Defence Technology.

The teaching faculty will be composed both of military personnel and civilians in the ratio of 1:1. This will have a deep impact on the civil-military relationship at least on the level of research in the areas of defense and national security.

The university will promote policy oriented research on all aspects relating to national security, both internal and external. The Bill also caters for Open and Distance Learning Programmes for Service personnel deployed in far flung area. As is the case in existing Defence Universities across the world, Indian National Defence University is proposed to be governed by its own norms and will inculcate and promote coordination and interaction between the Armed Forces and other Government Agencies including friendly foreign countries.

The university would be an institute of national importance and will promote research related to national defence. It will also prepare officers for high level leadership as well as provide inputs for policy formulations in the area of defence. The primary aim of establishing this university is to modernize the Professional Military Education in the country. The university will truly fulfill its purpose only if it engages the ongoing researches in the field of defence, international relations, security studies, geo-politics and other issue areas.

The institute will be headed by a President (who will be a three star serving General or equivalent officer with C-in-C status on appointment) and a Vice-President, who will be a civilian. The university is being planned on the lines of Indian Institutes of Technology (IIT) and Indian Institutes of Management (IIMs). Two-third of the students of the university will be from armed forces and remaining 33 percent would be drawn from other civilian government agencies and the police. The teaching faculty will be composed both of military personnel and civilians in the ratio of 1:1″.

This will have a deep impact on the civil-military relationship at least on the level of research in the areas of defense and national security. Often, we find that there exists a big gap between in the way a military expert analyses an issue and how an academician analyzes the same issue. Often, a binary is created between the two sides.

…the need of the hour is to fasten the process of getting the INDU bill passed soon by our parliament.

With INDU coming into picture, this problem could be solved as sharing of ideas between them would be beneficial to both the sides. Secondly, with civilians gaining entry into the university, the scope of research would also be widened.

In India, very few universities have courses on areas such as Defence and International Relations and even fewer of them produce quality research in these fields. INDU can give opportunities to the students who want to study and research on defence and national security.

The university could realize its full potential only when a conscious effort is made to involve all relevant organs of the Indian state, only then the university could become a great institution. All this will just remain on paper until the INDU bill becomes a law.

With India celebrating its 7 decades of independence as a sovereign nation, this 15th August, the need of the hour is to fasten the process of getting the INDU bill passed soon by our parliament.