Indian Brand of ‘Islam’ is the solution 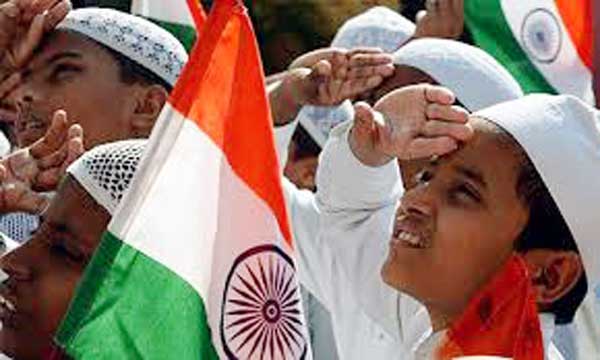 In 2018, 44 militants were killed in the Shopian district in Kashmir. BurhanWani, killed in 2016 also had Shopian connection. The district is prodigious in producing jihadis as well as apples. The district with a population of 2.6 lakhs produces two lakh metric tonnes of apples annually. It is one of the most affluent districts in the Kashmir Valley. It is increasingly becoming evident that prosperity and jihadism feed on each other all over the world.

Shopian is also the district most influenced by Jamait-e-Islami (JeI), recently banned by the government in Kashmir. Most villages in the district are located at the tri-junction, which connects Pulwama, Kulgam and Anantnag. Shopian therefore also acts as shelter and logistics hub for jihadis in this region. The total population of this region is nearly 1.5 million. For the sake of juxtaposition for various purposes, it may be reiterated that the population of the Hindus driven away from Kashmir Valley in 1991 was half a million. If they too were consumed by parallel jihadi philosophy of any variety, the outcome is a matter of gory conjecture.

Shopian is the epicenter of radical Islam. Only recently a lady SPO Khushboo Jan was killed by the jihadis, who visited her house in the garb of surveyors armed with pen and paper. No sooner did they enter, pen turned into pistol. Yet again a Kashmiri jihadi killed a Kashmiri bread earner. The lady SPO was the only succour for her father and two young brothers.

Shamshul Haq Mengnoo, brother of an IPS Officer, was killed in Shopian on 22 January this year. He was pursuing a course in Unani medicine. His brother Inamul Haq is posted in the northeast. The war between Kashmiriyat and jihad is also tearing the family fabric in Kashmir as well.

How has this jihadi narrative evolved in Kashmir and in Shopian particular over the years? It was a different Kashmir 100 years ago.

In January 2018, the LeT issued a diktat in Shopian that women must adopt the Talibani dress code, wherein nothing should be exposed but the eyes.

How has this jihadi narrative evolved in Kashmir and in Shopian particular over the years? It was a different Kashmir 100 years ago. Walter R Lawrence, an ICS Officer, in his book ‘The Valley of Kashmir’, published in 1895 has the following to say:

“… Kashmiris are at heart Hindus, it may be mentioned that certain places are held in reverence by Hindus and Musalmans alike. As an instance, at Fattehpura in the Vernag Ilaka and at Waripura in the Magam Ilaka, I have seen the imprint of a foot in a stone worshipped by the Musalmans as Kadam-i-Rasul (the Prophet’s footprint) and by the Hindus as Vishnu Pad (Vishnu’s foot).” Pg.326.

It is evident that even though many Kashmiri Hindus converted to Islam, they accepted it at by Hinduising it. Further, Lawrence says: “And generally speaking it may be said that when one sees the Musalman shrine with its shady chenars and lofty poplars and elms, a little search will discover some old Hindu Asthan. It was only natural that the Musalmans, when they were converted to Islam, should cling with tenderness to the old religious places and should adopt sacred spots already familiar to the country-side.”

Lawrence attributes the ‘delightful tolerance’ between the Hindus and Muslims “to the fact that Kashmiri Musalmans never really gave up the old Hindu religion of the country. There are two reasons for this tolerance which should be mentioned. In the first place, the strict prohibition of kine-killing (cow slaughter) removes one of the principal causes of ill feeling…”

Hundred years hence this can be contrasted with the widely circulated video wherein a Kashmiri MLA is proudly exhibiting his appetite for beef in a provocative manner.

The fact of the matter is that we left it to Pakistan to influence the course of Islam in Kashmir. Pakistan’s interests lay in radicalization and consequent jihadism in the Kashmir Valley, without which such rich harvest of jihadis was not possible.

The Kashmiri Muslims as per Lawrence were basically saint worshipers. He says, “Every Kashmiri believes that ‘the saints will aid if men will call’ and they think that a dead saint is more efficacious than a living priest. The Kashmiris are called by foreigners PirParast… Lowly obeisances are made and with bare feet the Kashmiri draws near the doorway (of a shrine) and smears his throat and body with the holy dust of the sacred precincts. No man will dare to pass a shrine on horseback and I once saw a striking example of the danger of neglecting this rule. A marriage party was crossing a stream above which stood the shrine of a saint. All of them dismounted and passed over the bridge but the father of the bridegroom, with the bridegroom in his arms, rode boldly over. The bridge broke and the horse father and son were precipitated into the stream, where they lay struggling. I ran up and rebuked the crowd for not assisting the sufferers, but they looked on gloomily and said the man richly deserved his fate. After some trouble I induced some of my own people to disentangle the men…”.

It was in this religious and social backdrop in Kashmir that Wahhabism began to make inroads. Lawrence writes: “An attempt was made in recent times to introduce the Wahhabi doctrines into Kashmir and about 200 families in the Shopian Tehsil accepted the Wahhabi faith… The Wahhabi doctrines have again been preached during the last five years and many Rishis of shrines and others who speak with authority, declare that Wahhabi ideas are gaining ground. One idea commonly attributed by the orthodox Kashmiris to the Wahhabis is that they deny the individual and exclusive right of a husband in his wife.”

It appears from the observations of Lawrence that there was an overlay of Kashmiriyat on the bedrock of Hinduism and yet another overlay of Islam over Kashmiriyat. This overlay was thin and transparent. How and when did this thin overlay accumulated all the dirt and became opaque, will have to be answered by the rulers of Kashmir as well as the rulers of India. The fact of the matter is that we left it to Pakistan to influence the course of Islam in Kashmir. Pakistan’s interests lay in radicalization and consequent jihadism in the Kashmir Valley, without which such rich harvest of jihadis was not possible.

We in India, however, cut corners when it came to addressing the contemporary religious discourse in the Valley. The fact of the matter is that contemporary religious discourse have been either the dominant or the underline factor in most wars including the ongoing proxy war from Pakistan. Was the ‘Caliphate’ not a subsidiary factor in World War-I? Was the Jewish factor not predominant in World War-II? Was not the Muslim-Jewish factor predominant in all Arab-Israel wars? Was not the grand finale of Cold War given the colour of Islam versus Communism in the battlefields of Afghanistan? Were not the tribal, who tried to invade India in 1947 spurred by religion? Does Pakistan not consider Kashmir as an unfinished agenda of partition done on religious lines? Bangladesh symbolized the triumph of Indian ethnicity over monotheism, nevertheless since then Pakistan embarked on the route of increasing fundamentalism. The leaders of truncated Pakistan maintained that Bangladesh was created because the united country was not Islamic enough.

The very basis of Pakistan sponsored proxy war against India is religious. If there were no cross-border sympathetic vibrations or religious consonance, proxy war could not have stretched for so long. It is only expected that other inimical and motivated elements would feed into this proxy war, i.e. China, Maoists, Church, politicians and political parties.

India is surrounded by two Islamic states, one communist state, three Buddhist states and one Hindu majority state. The contemporary religious discourse of each of these states will have to be factored in our threat perception and national security.

We let Indian brand of Islam die because we did not invest in the scientific and logical basis of various theocracies and religion. How can India give credence to those religions, whose book says the ‘earth is flat’. The ideological and scientific argument has to be won against all foreign ‘isms’, if we have to model Kashmir and the country on what Lawrence observed 125 years ago. Being the repository of the oldest and timeless religion, it is only India which has the right to pose the question as to whether the world has seen the last of religions.

India has every right to temper every ‘ism’ discourse for imperatives of nation building, national unity and national security.

One thought on “Indian Brand of ‘Islam’ is the solution”