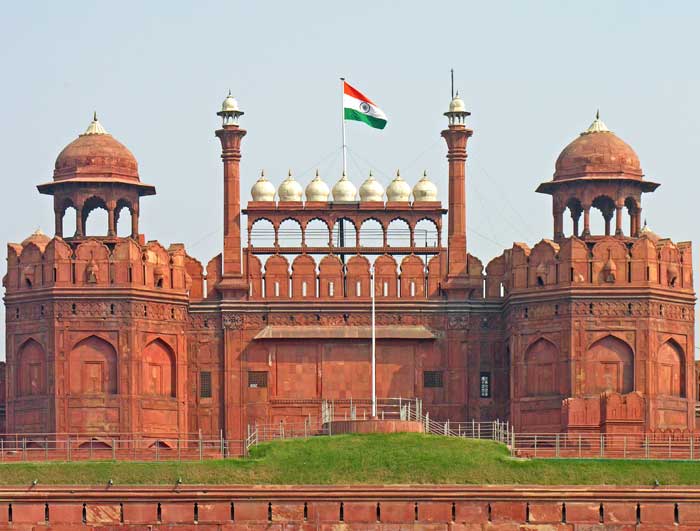 The Cosmic Enigma: “Who can think of the sun costuming clouds? When all people are shaken or of night endazzled, proud, when people awaken and cry and cry for help? The craven antiquity of self, everyone grows suddenly cold. The tea is bad, the bread sad. How can the world so old be so mad? That people die? If joy shall be without a book, it lies, themselves within themselves , if they will look within themselves, and cry and cry for help! Within as pillars of the sun, supports of the night. The tea, the wine is good. The bread, the meat is sweet and they will not die” — Collected Poems of Wallace Stevens.

Hope springs from the possibility that human kind may be able so to order it’s affairs as to make power and knowledge the means of life rather than instruments of doom! Mankind has so far been incapable of achieving the brotherhood of man under the fatherhood of God, rejecting the ancient vision of One World by adopting ancestral feuds of violence by clan against clan, tribe against tribe, kingdom against kingdom and empire against empire!

From where terrorism emerged, with what intent, how it has engulfed the world and why it has not been defeated as yet, is as difficult to answer as the origin and purpose of the virus which has taken the world by storm and laid bare the human vulnerability to a tiny microbe. While the world has been engulfed as a whole by the virus, terrorism and national aspirations, the desire for riches has split the globe creating a fragmented and often conflicting attitude resulting in “Empire against Empire” in conflict.

Closer home, we are confronted with major issues concerning the future well being of our Country, men and the Nation as a whole; from COVID-19, economy, migrants, terrorism and hostile neighbours.

What could be more important to a Nation than “National Security” which translates not merely to the “security of borders”, it requires the “safety and well being of its citizens”…

It is my humble attempt to touch upon various disturbing issues, purely aimed at generating a thought process for future planning and responses, as briefly as I can.

India, Our Neighbours and Emerging Scenario

The paradox, which lies at the heart of this dilemma, can be found in the concept of International Relations which few can describe and fewer can resolve. One may suggest that “Man is a beast who aspires to be God even when Devils within his mind struggle for mastery of his very soul!

Giving in to his animal needs forgetting that his destiny lies from “womb to tomb and lust to dust” he fights to control his destiny between a cradle he did not choose and a grave he cannot escape.

History, they say the victors write history while the vanquished read the “Lessons learnt”. Yet history is a tough teacher, it “repeats itself”, for those who fail to learn, over and over again either to their doom or till they learn lessons.

Having lived through “emergencies” in different forms we ought to have understood that they erupt mostly when least expected. Time and place as well as manner of emergence is of their choice. Further, they have a tendency of disappearing for years, complacency sets in. Preparations take a back seat, funding dries up because other areas are considered more “Pressing / important”.

What could be more important to a Nation than “National Security” which translates not merely to the “security of borders”, it requires the “safety and well being of its citizens” which in turn is inclusive of all other factors like health, industry, food, protection against natural /manmade calamities, internal/external aggression as well as the security of National Interests which may lie out of our geographic area.

With seventy years of confrontation with India, Pakistan has translated the concept of “Low Cost Option” as a policy…

In the Indian context “Policy” can be seen to change every five years with the change of Government/Party. Our two neighbours appear to have a more “consistent agenda if not policy” and this seems to stem from the age old concept of International Relations. With Pakistan, a “Proxy” of China, it is a single minded fixation on “Kashmir”. With China, the single minded focus of being a global power dominates its National Interest with a secondary objective of preventing India from becoming a regional/global power. The second possibly stems from the fact that we have conflicting interests in the region, posing a challenge to the Chinese, as opposed to the dynamics of relations between both China and Pakistan, their national goals appear to merge as one when it comes to India.

With seventy years of confrontation with India, Pakistan has translated the concept of “Low Cost Option” as a policy in the wake of economic fragility on the one hand and the use of its nuclear bluff to negate an all out war on the other , both being expediently exploited successfully.

The Chinese rely on their being a far stronger economy, military power, geographically vast. The psychology of ’62 continues to give them a sense of confidence, while they deliberately obliterate the drumming they go in ‘67. They continue to exploit our weakness to keep us imbalanced and fretting by doing what hurts most. Domination and violation of the border while using “The Treaty of Peace and Tranquillity” as a facade, laying claim to large tracts of Indian Territory , of constructing Dams in our territory, the “Diamar-Basha Dan” for which a contract has been signed with Pakistan is a recent example (though the latest inputs indicate that this deal has been scrapped). Each action is aimed at “psychological ascendency” , be it Doklam, North Sikkim, East Ladakh, or the construction of dams they openly provoke India time after time.

The aftermath of COVID-19 on China has yet to unfold. Reports indicate that 85% of production facilities are up and running, at what capacity and for what market is yet to be known…

China effectively blocked our efforts for a Permanent Seat in the UN, raised the Kashmir issue amongst others. The CPEC project and her inroads to Nepal, Bhutan, Bangladesh, Burma as well as Sri Lanka , Maldives and domination of the South China Sea along with its latest Defence Equipment (stealth bomber and an air transportable armoured vehicle) reflect a well crafted strategy. Quick to emerge a world leader in communications and Cyber warfare, allegations of stealing data of Corona Virus research are afloat in public domain; her foot print can be seen all over.

It is in our interest to explore the chinks in the Chinese armour as leverage against the arm twisting we are being subjected to. Having lost the plot in Tibet, the issue of Taiwan’s ability to contain the pandemic and their admission to the WHO is an opportunity amongst other to counter their moves.

The aftermath of COVID-19 on China has yet to unfold. Reports indicate that 85% of production facilities are up and running, at what capacity and for what market is yet to be known, however, it does appear that China is over the hill as far as the first wave of COVID goes. Much remains concealed behind the Bamboo Curtain.

The Global conscientious to boycott China is gaining momentum, although its full impact will only be known with passage of time. Given the nature of interdependence, one may expect even USA to review the present “Anti – China” stand once the impending elections in the US are over. The desire for “cheap products” may just continue to be the driver of her economy!

Amidst the consistently hostile attitude, one can have no doubts that both our neighbours will persist in hurting India’s interests and at this given moment exploit our economic as well as military weakness as perceived by them.

The Indian leadership has made oft repeated comments on POK (including Gilgit, Baltistan) being part of India, military leadership including a retired CAOS has in clear terms stated that “Plans are in Place” for taking back POK. The time does not appear right for such a move; the cry to be free of oppression from Pakistan needs to reverberate from within these areas before anything else.

The Indian Subcontinent is set to see a heating up of terrorism and military action in the foreseeable future, the hot bed being J&K, the LOC, disputed territories, Islands and South China Sea.

When the US troops are on the verge of withdrawing from Afghanistan, the Taliban are flexing their muscle and Pakistan gearing up for a resurgent influx of terrorists, it is not a time for tampering with our Military preparedness, nor for experimentation in the Organisational Structure but certainly warrants utmost alertness, stability and a high moral. I am reminded of what we were taught in service, “Infiltrate during bad weather, attack when his guard is down, defences are weak or moral is low”.

The Indian Subcontinent is set to see a heating up of terrorism and military action in the foreseeable future, the hot bed being J&K, the LOC, disputed territories, Islands and South China Sea.

Battles are won by “minds” of higher Commanders and the “Grit” of ground soldiers. Let our Generals ensure “a high state or readiness and a high morale”. Rebuild the image and pride of the Armed Forces.

The War against COVID-19

As though India and the world in fact did not have enough troubles, out of nowhere came a microbe of a virus and the world got to learn of an unknown Chinese town named “Wuhan”. The “Centre Stage” of our troubles at the moment.

a) The NDMA 2019 opens with the respected Prime Minister’s Statement given below:

“Taking forward the country’s agenda for achievement of targets set under Sendai Framework for Disaster Risk Reduction – SFDRR (2015 -2030). The Plan has also focused on achieving a coherence with other international agreements such as Sustainable Development Goals (SDGs) and Paris Agreement on Climate Change (COP 21). The period of these agreements coincide with SFDRR. This coherence will result in ensuring sustainable and climate resilient development that will

The success of a Plan depends on its successful implementation. It is the responsibility of all stakeholders, both government and non-government, to execute this plan wisely and carry out responsibilities assigned to them in a time-bound manner. This will also help in achieving the objectives of the National Plan”-Prime Minister Sri Narendra Modi (NDMA 2019).