Imran Khan – from PM to Ambassador 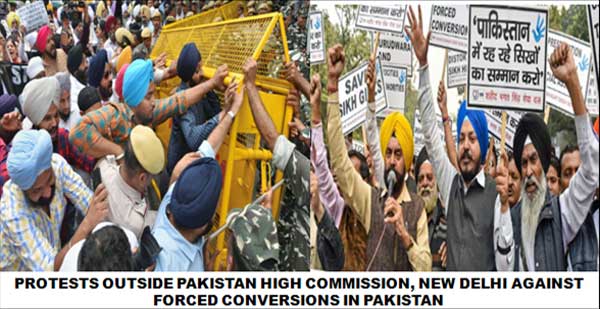 A recent report from the Congressional Research Service (CRS) prepared for the US Congress confirms that during Imran Khan’s tenure as prime minister, the Pakistani army has retained dominant influence over foreign and security policies of the country. The military-judiciary nexus propped up inexperienced Imran to remove Nawaz Sharif; election observers and human rights activists pointed to severe abuses of democratic norms and unprecedented participation of small political parties linked to Islamists terrorist groups emboldened and winning combined 10% of national votes in 2018. Imran’s project of ‘Naya Pakistan’ is stuck in slush of the economic mess and international borrowing.

CRS doesn’t mention Imran was chosen because of his radical platform that earned him the nickname ‘Taliban Khan’, and doesn’t directly labeling Imran’s government ‘puppet’ of the military, as Imran’s railway minister Sheikh Rashid Ahmad has publicly acknowledged. Imran has become the face of frustrated Pakistan since India withdrew special status of J&K, while the military hides in the background, even as more whammies continue to strike Pakistan. With the specter of blacklisting by FATF, Bank of Pakistan reveals that   Pakistan paid $11.55 billion in debt servicing during FY 2018-2019 (increase of over 54% compared to 2017-2018); $8.654 billion towards principal amount and balance $2.933 billion as interest. Total external debt and liabilities by end of FY 2018-19 were $106.312 billion and foreign exchange liabilities doubled to $10.488 billion in FY 2018-19 from $5.121bn in previous financial year.

US President Donald Trump nixed Pakistan’s hopes of mediation in Kashmir, cut financial assistance and announced that 8,600 US troops will continue in Afghanistan even after the agreement with Taliban. Pakistan’s hope of expanding its strategic depth in Afghanistan are dashed, which Robert Kaplan described in his book ‘The Revenge of Geography’ as “An Afghanistan that falls to Taliban sway threatens to create a succession of radicalized Islamic societies from the Indian-Pakistani border to Central Asia. This would, in effect, a greater Pakistan, giving Pakistan’s ISI the ability to create a clandestine empire ….. able to confront India in the manner that Hezbollah and Hamas confront Israel.” Similar is the hope dashed of installing a regime in Kabul subservient to Pakistan.

Unable to attract global attention over Kashmir, Imran Khan has appointed himself Ambassador of Kashmir; diktat by the army? So Imran threatens the world with nuclear war if Kashmir is ignored, also declaring,  ‘It will be proved in future that the Government of India has given Kashmiris a chance to gain independence. They (India) have thrown their last loop.” Revelations that Pakistan has no locus standi on Kashmir that the world acknowledges less Mommy Beijing, is being covered up through disinformation. Twitter served  notice to Arif Alvi, Pakistan’s President for posting videos (fake obviously) about situation in Kashmir, violating Twitter policy; which caused Shireen Mazari go hopping mad.

Imran, in conjunction the military, has indulged in bizarre announcement; from threatening direct war, nuclear exchange, fighting for independence of Kashmiris, India gone rogue, want talks with India, will not attack India first, will not use nukes first, to will raise the Kashmir issue at every international forum.  Latter saw Pakistan’s deputy speaker Qasim Suri try to raise the J&K situation during the 4th South Asian Speakers Summit in the Maldivian Parliament on September 1, even as the summit (attended by speakers from Afghanistan, Bangladesh, Bhutan, India, Myanmar, Nepal, Pakistan, Sri Lanka and Maldives) was to discuss ‘Sustainable Development Goals’.

Qasim was interjected by India’s Rajya Sabha Deputy Speaker HN  Singh saying a country that perpetrated genocide in Bangladesh in 1971 and illegally occupied POK had no moral right to raise these issues internationally, also condemning politicization of the summit by raising extraneous issues.

Pakistani military has stepped up cross-border firing and infiltration attempts. A 290km-range Ghaznavi missile was fired off that probably was completing its shelf life. Roads in Pakistani villages are being named ‘Kashmir’ to incite jihad. The statue of Maharaja Ranjit Singh in Lahore Fort was desecrated.

A Sikh girl was abducted, forcibly converted and married to a radical Muslim in Pakistan just before the next round of India India-Pakistan talks on September 4 for discussing modalities of the Kartarpur Corridor. Railway Minister Rashid went public talking about waiting for intifada in Kashmir and Pakistan having ‘bun-nukes’ of 125-150 gms; he could be storing few in his body like some smuggle gold biscuits.  First time ever consular access to Kulbhushan Jadhav was provided to India but in presence of Pakistani officials, contrary to what India wanted. Terrorist training in Pakistan, particularly of youth from Pakistan occupied J&K (PoJK) is in full swing.

Two Pakistani terrorists, Khalil Ahmad and Nazim Khokar, recently captured in J&K reveal Pakistani army trained them at a Lashkar-e-Taiba (LeT) camp and infiltrated them into J&K in a group of seven LeT terrorists to target Indian security forces and disrupt normal life.

Pakistan’s ISI would be mighty thrilled with US presidential hopeful Bernie Sanders siding with Pakistan and publicly rebuking India for abrogating Article 370 in J&K. His is obviously bought over and seeking American-Muslim votes. But senility of this 77-year old appears to have overtaken him or his mathematics is weak; not realizing which way the Indian Diaspora would vote with his outburst. Ironically, Bernie’s thumbs up to Pakistan was concurrent to Pakistani-American Awais Chudhary produced in a US Court;  charged with planning attacks in New York on behalf of ISIS. Moreover, despite US involvement in sub-conventional conflict, US voters don’t appreciate presidential candidates applauding terrorist organizations or terrorist nations like Pakistan. In 2012, US presidential candidate Mitt Romney publicly vowed to arm Al Qaeda in Syria. Photos of him with Al Qaeda leaders were splashed all over but voters gave him thumbs down.

Later, Michael Flynn, former Director DIA, told media that the rise of IISIS was ‘willful decision’ of the US. Hillary Clinton’s leaked e-mail of 2014 revealed Saudi Arabia and Qatar were supporting ISIS. She remained ambivalent and didn’t make it to president either.

On August 26 this year, China and Pakistan signed an agreement to boost defence cooperation and capacity building of Pakistan army during visit of General Xu Qiliang, Vice Chairman CMC to Pakistan. China is launching 27 new projects under second phase of CPEC in Pakistan this year, following a China-Pakistan MoU signed earlier this year. Agricuture, education, vocational training, increase in water supply etc are part of the second phase with more Chinese investors coming to Pakistan.

However, the CPEC is far from being hunky dory. Sherry Rehman, in her article ‘CPEC 2.0: The Promise and the Peril’ published in the Dawn on September 1, talks of  anxiety about the CPEC that it is deliberately being slowed down and that its promise may not be fulfilled. She writes that CPEC has so far created ‘nearly’ 68,382 direct jobs, without mentioning what is the Chinese and Pakistani share. She further writes, “Since CPEC is not a parochial one-party or one-province ambition, it requires strategic levels of consensus-building to ensure each province’s stake in the project is protected.” But how can consensus be achieved in Pakistan’s volatile situation with army’s genocide in various regions remains questionable.

Pakistan has approached the UNHCR even as India has announced that prohibitory orders have been lifted in 97% of J&K. That balance 3% is where Pakistan has radical support and where immediate lifting of lockdown can result in revival of violence. But sections of US and UK media have joined hands with Pakistan in raising cries of human rights. The Pakistan-chapters of the Indian National Congress (INC) and Left parties too have joined that chorus, in addition to  hollering about the National Register of Citizens despite the fact that it was the Congress-engineered Illegal Migrants (Determination by Tribunal) Act, 1983 that drastically changed the demography of Assam over next 10 years till the Supreme Court scrapped the act calling it ‘draconian’.

The Congress-government also took in thousands of Rohinya refugees despite India not being signatory to the UN Convention on Refugees,  with then Union Home Minister PC Chidambaram colonizing 4000 of them in Jammu despite Article 370. If all this was isn’t treason enough, Amar Bhushan, former Special Secretary R&AW reveals in his recent book ‘Inside Nepal’ it was the Congress hierarchy that orchestrated the royal massacre in Nepal to pave the way for communist takeover and Nepal moving into China’s gravitational pull, with advent of ISI in Nepal. So Pakistan has a more than willing constituency in these traitors that India’s chaotic democracy has failed to bring to book.

Finally, Imran Khan is making a fool of himself with his double speak hardly befitting a Prime Minister. But then he has reduced himself to an ambassador of Kashmir. His military will make him dance more and more because his refusal means his demise.  Pakistani military will continue to wage proxy war though careful not to cross India’s redlines, even as the Pakistan’s railway minister would like to jingle-jangle his bun-bombs. There are also some seedy reports of ISIS thronging unarmed Pakistanis at the LoC, as if India would not know how to deal with it. But the future remains unpredictable.

One thought on “Imran Khan – from PM to Ambassador”