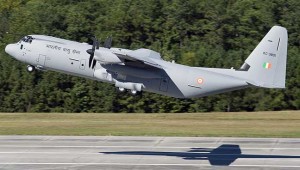 The Air Force Day Parade is conducted every year to publicly pledge the continued dedication of the IAF in its service to the nation and to reassure all countrymen of its vitality and preparedness. The Air Force Day is celebrated to mark the significance of the Day (October 8, 1932) when the Act to establish the IAF came into effect. Significantly, this day also marks the commissioning of the first six IAF Officers.

The Air Chief presented 25 Vayu Sena Medals (VM) including nine for gallantry and 30 Vishisht Seva Medals (VSM) on behalf of the President of India, at an Investiture Ceremony held at the parade. He also awarded citations to four air force units – Helicopter Training School (HTS), No. 48 Squadron, No. 3004 Squadron and No. 27 Squadron, for excellence in performance.