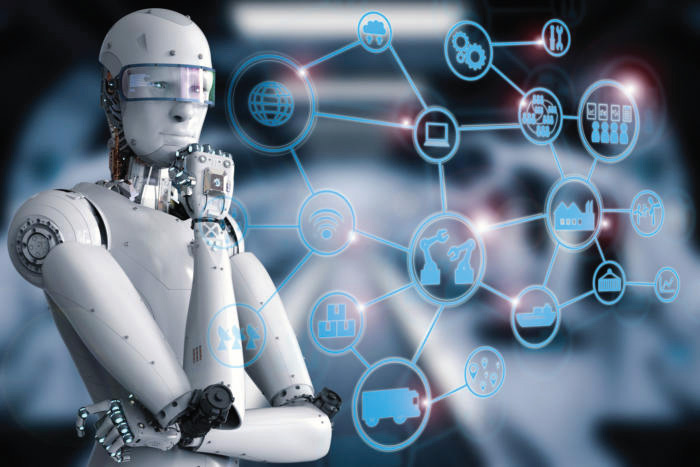 Recent attack on Indian Air Force base in Jammu by Drone has unleashed the debate to address various issues. First, how to counter such attack technology-wise effectively? Second, this unmanned attack escalates the threat of terrorism using drones by terrorists from Pakistan. More importantly, in strategic sense, can we believe over these types of technologies to complete the assigned task especially in high uncertainty which requires human intelligence in defense domain.

Soft kill are meant to jamming the hostile drones and hard kill refer to the destruction of the drone by using laser based destruction method.

In other words, can Artificial Intelligence(AI) replace the human intelligence? To counter such attack, DRDO has developed counter-drone technologies which could provide to the armed forces. These technologies could easily detect and destroy small drone attacks that could pose security threat. According to DRDO, anti-drone system provides both “soft kill” and “hard kill” capabilities to the armed forces. Soft kill are meant to jamming the hostile drones and hard kill refer to the destruction of the drone by using laser based destruction method.

The solution offered by DRDO consists of a radar system that covers 360-degree with detection of micro drones when they are four kilometer away. Another detection technique such as Electro-Optical/Infrared (EO/IR) can detect drones up two kilometer away. The problem in detecting the drone is that drone has low Radar Cross Section (RCS) and slow speed and small size which creates the problem in detecting the drone.

There could be various ways to jamming and countering the drone attacks. These ways include kinetic means, electronic warfare and cyber warfare techniques, drone versus drone, and Directed Energy Weapon (DEW) using high powered microwaves or lasers. Many solutions have been offered in world market to counter UAV (Unmanned Aerial Vehicle).

The drone catcher gun is also scalable option available to safeguard facilities as has been researched and demonstrated. The jamming of drones can also be effected by using a 3D MIMO radar. Incorporation of AI enables the drone to act very smartly and accurately.AI enables drones vendors to collect data from the sensors attached to the drone to collect and implement visual and implement data. This data enables autonomous and assigned flight, making operation easier, and increasing the accessibility. Therefore, AI is among many hot technologies that promise to change the face of the warfare for years to come.

Many countries’ government has formed the Artificial Intelligence Center to win the AI enabled battle.

Many countries’ government has formed the Artificial Intelligence Center to win the AI enabled battle. It might be happened in the future that AI enabled autonomous systems will be exist to conduct missions, achieving sensor fusions, and making better and quicker decisions than human. AI is effective at certain tasks such as image recognition, recommendation systems, and language translation.

Many systems have been designed for these tasks and these systems are producing very good results. In other areas, AI is very short of human level achievement. These areas are working with scenarios which are not observed earlier by AI. Other are as include understanding the context of text and objects, and multi-tasking. Most AI systems today are trained to complete one task under very specific circumstances.

Unlike human, AI enabled system do not adapt well to new environment and new tasks. AI models are improving daily and have shown their value in many applications. The performance of theses system can make them very useful for tasks such as identifying a T-90 main battle tank in a satellite image, identifying high value targets in crowd using facial recognition, translating text for open-source intelligence. The application areas where AI has been most successful are those where there is a large quantity of labeled data, like Imagenet, Google Translate, and text generation. AI is very capable in areas like recommendation system, anomaly detection, predictive systems, and competitive games.

AI system in these areas could assist the military with fraud detection in its contracting services, predicting when weapon system will fail due to maintenance issues, or developing winning strategies in conflict simulations. As military is trying to incorporate AI’s success in these tasks into its systems, there are some challenges that needs to be faced.

AI systems can work well in uncontested , controlled domains. Research demonstrates that under adverse conditions, AI system can easily be fooled and thus resulting in errors. In addition, there are also limitations in incorporating these AI models into military, for instance, the images which are being used are clicked when lighting conditions are poor or, they have been shot at an obtuse angle or, these images are partially obscured.

Many AI systems are not even capable of transferring their learning within the same domain. Artificial Intelligence systems are also poor at understanding inputs and context within the input.

Chat Bots that might aid our information – operations missions are limited to hundred of words and thus cannot completely replace a human who can write pages at a time. Another weakness of AI is that AI systems are unable to multi-task. A human is capable of identifying an enemy vehicle, deciding a weapon system employ against it, predicting its path, and then engaging the target. This fairly simple set of task is currently impossible for an AI system to accomplish. Many AI systems are not even capable of transferring their learning within the same domain. Artificial Intelligence systems are also poor at understanding inputs and context within the input.

AI recognition systems do not understand what the image is, they simply learn textures and gradients of the image’s pixels. This lack of understanding can result in misclassifications that human would not make. AI will certainly have a role in future military application. It has many application areas where it will enhance productivity, reduce workload, and operate more quickly than humans. Ongoing research will continue to improve its capability, ability to explain, and resilience. Military cannot ignore this technology. Placing vulnerable AI system in contested domains and making them responsible decisions for critical decisions open the possibility for disastrous results. At this time, humans must remains responsible for key decisions.

Given the high probability that our exposed AI systems will be attacked and current lack of resilience in AI technology, the best areas to invest in military AI are those that operate in uncontested domains. Artificial Intelligence tools that are closely supervised by human experts or that have secure inputs and outputs can provide value to the military while alleviating concerns about vulnerabilities. Examples of such systems are medical-imaging, diagnostic tools, and fraud-detection programs. All of these can provide value to the military while limiting the risk from adversarial attacks, biased data, context misunderstanding, and more.

It is beyond doubt that AI is highly useful in current scenario but it should be used by keeping its limitations, and vulnerabilities in the mind.