Impending Demise of INF Treaty on 02 Aug 2019: Implications and Opportunities 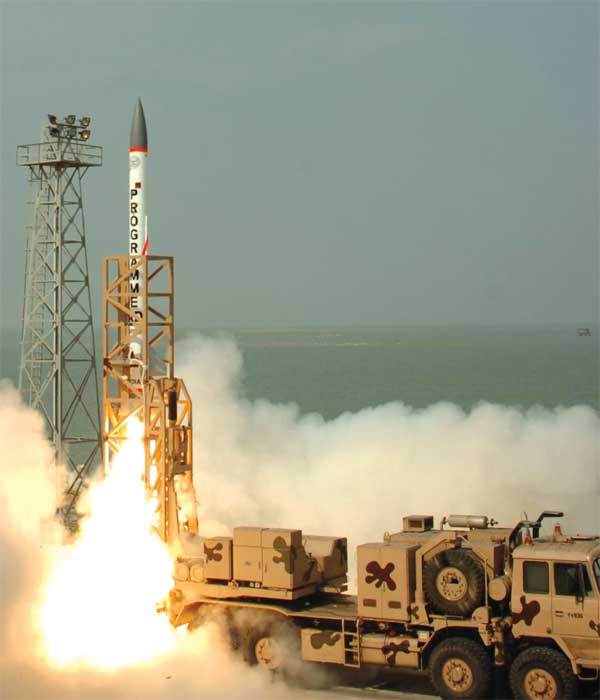 On 02 August 2019, the Intermediate Range Nuclear Force (INF)   Treaty between USA and erstwhile USSR is set to terminate. INF Treaty bans land based missiles with a range between 500 km and 5,500km in the arsenal of erstwhile USSR (now Russia) and USA. On 08 Dec 1987, USA and erstwhile USSR signed this Agreement. Europe was the main beneficiary of this deal. It eradicated land based nuclear arsenal from its soil and ushered in a peaceful environment eliminating security risks and societal tensions for over 30 years.

•  An intermediate-range ballistic missile (IRBM) is a ground-launched ballistic or cruise missile having a range capability between 1,000 and 5,500 kilometres. The term “ballistic missile” means a missile that has a ballistic trajectory over most of its flight path.

•  A shorter-range missile means a ground-launched ballistic or cruise missile having a range capability between 500 and 1,000 kilometres. The term “cruise missile” means an unmanned, self-propelled vehicle that sustains flight through the use of aerodynamic lift over most of its flight path.

By 11 May 1991, the last of the missiles under the Treaty had been destroyed. US – USSR/Russia combined had destroyed 2,692 short and medium range missiles (US- 846, Russia- 1,846). It marked the first ever destruction of missiles of this category, capable of carrying nuclear warhead.

However, on 23 May 2013, USA raised concerns over the development of a Russian mobile launcher based cruise missile system SSC -8/9M729. Since then NATO has asked Russia to adhere to INF Treaty by destroying this new missile system. On 09 Dec 2017, Russia admitted to the deployment of SSC-8/ 9W729 but rejected NATO claims that it violated INF Treaty. Russia in turn objected to deployment of Aegis Anti Ballistic Missile shield in Rumania and the proposed deployment of Aegis in Poland.

In July 2018, NATO stated that the SSC-8/9M729 is mobile and easy to hide. It is capable of carrying nuclear warheads. It reduced warning times to minutes, lowering the threshold for nuclear conflict and it can reach European capitals and therefore a major threat and a proof of Russian non adherence to INF Treaty.

On 01 Feb 2019 US announced its decision to suspend compliance with INF Treaty. Since then and as late as 17 July 2019, NATO and EU have asked Russia to forego SSC-8 / 9W 729 and save the INF Treaty. But Russia is maintaining its position that it has not violated the Treaty and accused US of walking out from the deal to commence development of modern Short and Intermediate Range ballistic missiles. This dispute has further aggravated strained relations between Russia and West, which severely went on a down ward spiral after Russia’s seizure of Crimea and its involvement in Syria and now, Iran.

Russia has warned NATO and US that deployment of missiles like the erstwhile Pershing 2 in Europe can create a situation akin to 1962 Cuban Crisis.

US has stated that release  from the INF Treaty will allow them to build deterrence  in a conventional way by undertaking  new development of Ballistic and Cruise missiles  using latest technology.

European allies are again worried about being caught up in nuclear competition between Moscow and Washington. If missiles banned under the Treaty are used, they are likely to be in Europe. Therefore can Europe or EU take the initiative to negotiate with Russia and ensure safety of Europe, is the moot question now.

The likely collapse of the INF on 02 Aug 2019 gives an opportunity to EU or at least the major members like Germany, France, UK and Italy, to collectively  negotiate a deal afresh with Russia , akin to INF Treaty. It will be a huge step forward to deal collectively and independently with Russia on matters of security and survivability of Europe, without the inclusion or dependence on US, though US has been the main guarantor of security of Europe since World War 2, through NATO. It offers a golden chance to EU to demonstrate its independence from US in negotiating security deals with Russia.

EU is Russia’s largest trading partner and Russia for EU is the fourth largest trading partner. In Foreign Direct Investments in Russia, share of EU is over 75%. Nord Stream pipeline for Gas from Russia to Europe is a clear indicator of economic interdependency of Europe with Russia. Nord Stream was inaugurated in Nov 2011 and has since expanded into a network which covers all West European nations including UK and many East European nations. Commencement of construction of Nord Stream 2, the 1,222km world’s longest offshore oil pipeline from Vyborg in Russia to Greifswald in Germany further cements this economic interdependency.

Europe has the most to gain by working towards a new arms control agreement. It appears that both US and Russia are presently uncomfortable in INF Treaty, given the development of similar weapons by China (and now India, Israel, Iran, Pakistan, North Korea and Saudi Arabia). But INF Treaty ensured security for Europe.

In case, on the demise of INF Treaty, missiles like Pershing 2 are again deployed on European soil to ensure its safety, a huge backlash can be expected from the society against its deployment, spiraling Europe into chaos. The question then remains that should Europe wait for US and Russia to again negotiate a deal. Given the current US – Russia relationship, Europe than is in for a very long wait.

Europe by negotiating directly with Russia to adhere to INF Treaty, giving a counter guarantee that it will not allow deployment of similar missiles on its soil, may reach a deal. The only additional entity it needs to ensure Russian compliance of the deal is an “Inspection mechanism” to ensure verification of arms control agreement, as is in vogue in INF Treaty and the New START. For Europe, getting all its member countries on board will be a problem as many welcome the US abrogation of INF Treaty. In Romania, US Aegis Anti Ballistic Missile Defence system has been deployed and US is developing a base in Poland too. Both have been severely criticized by Russia , as mentioned earlier.

Russia, though unconvinced as it must be of EU as an independent player, must welcome and encourage this EU move, given the strong economic relations it has with EU and also the geographical implications of partly being a part of Europe .This will help EU to wean away from US and may weaken or sound the death knell for NATO, an event, very favourable for Russia.

Europe must give this idea a chance.

Incase both are successful, it will usher in a long term peace Europe. It will prove the oft repeated Russian claim that its missiles are not a threat to Europe. With the fear of Russia reduced and the influence of US waned, Europe and Russia can enmesh in more deep economic ties. This also may herald incorporation of Europe into the rising power block of Eurasia spearheaded by Russia- China- India – Iran, also encompassing Central Asia and ASEAN nations. This will shift the balance of power to this geographical entity and create a new world order.

If successful, it holds the potential to pave the way towards a new US-Russia- China- other Ballistic missiles armed nations to come to a agreement of destroying their arsenal or restricting it and opening their movement and training to inspections by a central body, under the aegis of UN, similar to the way in which the EU’s engagement with Iran paved the way for the Iran nuclear deal (JCPOA).This will lead to peace on earth.

7 thoughts on “Impending Demise of INF Treaty on 02 Aug 2019: Implications and Opportunities”