30 July, 2021
Home  >  News  > Geopolitics  >  Impeachment proceedings on Trump and its impact on India and on global stage 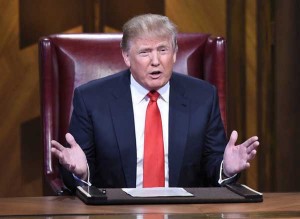 The Constitution of United States of America provides an authority to the Congress to impeach and remove the President and other civil officers upon a determination that such officers have engaged in treason, bribery, or other high crimes and misdemeanors.

What triggered the issue?

President Donald Trump has now become the subject of an impeachment inquiry over allegations that he improperly sought help from Ukraine to boost his chances of re-election and used his office to “solicit interference from a foreign country” in the 2020 presidential election.

The world would be watching. America is the oldest democracy and if it’s President can be impeached, this would reaffirm the faith of the humankind in democracy as a mode of governance

The present crises leading to the process of impeachment of President Donald Trump is based on the allegation that he used promised financial aid as leverage over the Ukrainian Leader in a bid to pressure him into launching and investigation into the activities of, the Democrat frontrunner for Presidency in 2020- Joe Biden’s son Hunter Biden in Ukrainian Gas Firm Burisma where he worked as a lawyer and lobbyist. He is on the Board of Burisma, for almost five years from 2014.

It is alleged that while Joe Biden was vice-president, Ukraine’s most senior prosecutor was investigating the company, but was then dismissed. President Donald Trump and his allies have charged that Joe Biden used his position to get the prosecutor fired. The Ukrainian prosecutor who replaced has recently told the BBC that there was no reason for Ukraine to investigate the Bidens and that whatever corruption charges are on Burisma, those had happened before Hunter Biden joined the Board. There has been no evidence of wrongdoing by Hunter Biden.

It is alleged that President Donald Trump is pressing a foreign leader to investigate because Joe Biden is the current favourite to win the Democratic nomination and, if chosen, he would be the man facing off against Donald Trump for the presidency in November 2020.

There are two whistleblowers who have come forward. The first one wrote to the Chairmen of Senate committees about Trump’s phone call with the Ukrainian President on 25 July and alleged that the White House acted to “lock down” all details of the phone call between Trump and Zelensky and that the call transcript was not stored in the usual computer system. US media have reported that he is a probably a CIA officer who once worked at the White House.

The second whistleblower from the intelligence community had come forward appears to have direct knowledge of the allegations related to the Trump-Zelensky call.

The telephonic conversation between President Donald Trump and his Ukrainian counterpart Volodymyr Zelensky have revealed to the Hose Democrats that Trump’s former special envoy to Ukraine telling a top Zelensky aide that he should open an investigation in return for a visit to Washington. Even though President Zelensky has denied that Donald Trump tried to blackmail him by withholding military aid to Kiev. However the transcript of the phone conversation sought that Trump asked Zelensky to investigate his political rival Joe Biden.

The Republicans control the Senate and, therefore, not likely to remove President Trump from office unless members of his own party turn hostile.

The latest on this impeachment issue is that President Donald Trump’s lawyer have told House Democrats that the President and his administration will not cooperate in the ongoing impeachment enquiry which they believe that it is a proceeding and illegitimate effort to overturn 2016 election result.

The issue in question is that the House of Representative can or cannot start an impeachment enquiry without the House voting to authorize the impeachment. The White House and the Republican Congressman argue that such a vote is necessary where as the Speaker of the House Nancy Pelosi says that Democrats do not need to take a vote and has announced the House to open impeachment enquiry. Here Pelosi is trying to be practical as taking a vote will be difficult as it involves passing a formal impeachment enquiry resolution which is very complicated and time consuming and holding floor debate.

President Donald Trump’s adviser are questioning that without a vote on impeachment the Republican Congressman will have no power to subpoena the witness as the current rule of the House of Representatives gives the House Leader alone the unilateral power to call witness and other documents.

An impeachment resolution moved by a member of House of Representative is directed by the Speaker to the U.S. House Committee on the Judiciary. A simple majority of the Judiciary Committee must approve the resolution. If

the Judiciary Committee approves the resolution, it moves to a full vote on the House floor. If a simple majority of the those present and voting in the House approve an article of impeachment, then the President is impeached. The procedure then moves to the Senate where a “trial” is held to determine if the President committed a crime.

The only damage that appears to have caused is the media coverage that the impeachment process would attract and will dent the prospect of trump’s reelection because of negative publicity.

The Chief Justice of the U.S. Supreme Court presides over the trial. Senators listen to the evidence presented, including closing arguments from each side and retire to deliberate. It takes a two-thirds vote of the Senate to convict.

Can Trump be impeached ?

This is widely based on the number game and the strength of the parties in the American Congress . The present status of the Congress is as under :

House of Representatives: 238 Republicans (including 1 Delegate and the Resident Commissioner of Puerto Rico), 201 Democrates (including 4 Delegates), and 2 vacant seats.

Senate: 51 Republicans, 47 Democrats, and 2 Independents, who both caucus with the Democrats.

The Republicans control the Senate and, therefore, not likely to remove President Trump from office unless members of his own party turn hostile. The vast majority of Republicans have remained loyal to him except Senator Mitt Romney, a lone voice among Republican, calling for more White House transparency over the Ukraine contacts. But that would not affect much the President Trump will remain in office.

The only damage that appears to have caused is the media coverage that the impeachment process would attract and will dent the prospect of trump’s reelection because of negative publicity.

How does it impact India-US relations ?

The current Indo-US relationships has reached a new crescendo so far as goodwill and strategic support inside UN Security Council for India is concerned. President Donald Trump is seen as a India supporter with great admiration for Hindu culture and religious practices. This might be an electoral posturing keeping an eye on his re-election campaign. Nevertheless this augurs well for India which is trying to establish itself as an important stakeholder in global diplomacy.

In the current scenario, India would like unchanged leadership in USA and in that context the backdrop under which the 2020 Presidential election will be conducted, holds lots of interest in India.

The recent ‘Howdy Modi’ event in Texas and President Trump joining the same sends a clear message to the world that USA values India and there is a definite chemistry between Prime Minister Narendra Modi and President Donald Trump. This might not stand true to Indian aspirations when this relationship is judged in terms of deficit bilateral trade balance and an inadvertent sanctions to India that accompanies many US policy statements with regards to other nations particularly with Iran and China. But in international politics, posturing is sometimes more important than the actual positioning.

In the current scenario, India would like unchanged leadership in USA and in that context the backdrop under which the 2020 Presidential election will be conducted, holds lots of interest in India. This impeachment process will be settings up that backdrop.

The global fallout of the outcome of the impeachment of an American President is more of a news than the substance. Eventually America will pursue its national interest only whosoever becomes the President. But it creates a huge amount of interest in the international media and amongst the political observers. The testimonial to this fact is the headlines this impeachment issue is grabbing worldwide. The world would be watching.

Also the question is often raised whether the people or institutions have any control after a leader is chosen through democratic process? This impeachment process will be also watched by the protagonists of an alternative political theory.