Impact of 1971 War on Pakistan 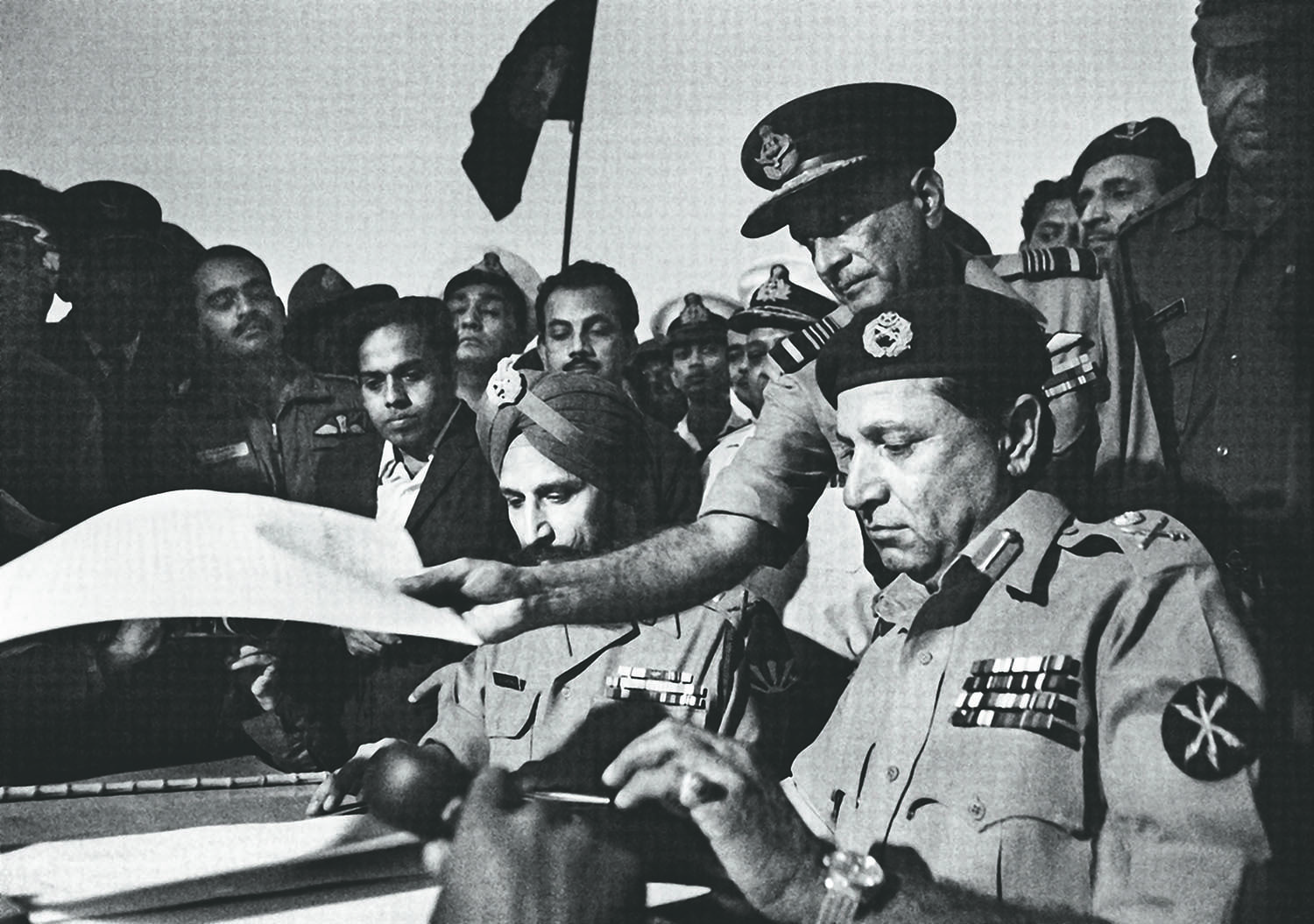 Yahya Khan was commissioned into the 4/10 Baluch Regiment in British Indian Army on 15th July 1939 from the Indian Military Academy. During World War II, he was taken prisoner in North Africa and escaped from the ‘prisoner of war’ camp in Italy on the third attempt. During partition in 1947, he was an instructor at the Staff College, Quetta. He became a brigadier at the age of 34 and commanded the 106 Infantry Brigade, which was deployed on the Cease Fire Line (CFL). Yahya was selected by Ayub to head Army’s Planning Board to modernise the Pakistan Army (1954 to 1957) in the capacity of Deputy Chief of General Staff. From 1958-1962, Yahya was the Chief of General Staff and later commanded an Infantry Division from 1962-65. During the 1965 war, he was still in command of the 7-Infantry Division, which had launched the famous Grand Slam Operation in the Chamb Sector. Immediately after the 1965 war, he was promoted to the rank of Lieutenant General.

Yahya was appointed the Army Chief in 1966 and took over power of the country in 1969, extending his term as C-n-C till the debacle in 1971 War. Yahya ended up as a discredited soldier. Till then, despite his well known penchant for wine and women, he was thought of as a as fine soldier.  And for Ayub, his being a Shia, non-Pathan and a non-Punjabi was enough to appoint him as the Army Chief. The Punjabis were dominant and constituted about 60 percent of the officer corps followed by the Pathans.  A civil servant and a close confidant of Ayub, Altaf Gauhar, has said that Yahya,who was later prosecuted by Bhutto for possessing a copy of an old ‘Play Boy’ magazine and half a bottle of whiskey, was chosen by Ayub for that very reason. “Yahya was selected in preference to other generals, because Yahya who had come to hit the bottle hard had no time for politics and was considered a harmless and a loyal person.”10

After Ayub’s exit, Pakistan slipped further into internal turmoil, particularly after the countrywide elections on ‘one man one vote’ principle, in which the Awami League under Sheikh Mujibur Rahman gained majority. Apart from other political reasons for not handing over power to the Awami League, the military factor also played a significant role. Pakistan’s military feared that the Bengali rulers may end their dominance in their country, as also the influential role of the Punjabis in the governance of the country. From the strategic and military point of view, the loss of East Pakistan (Bangladesh) was not of much significance. As a recruiting ground, East Pakistan did not hold much of attraction for the Punjabi dominated Pakistan military. With the separation of East Pakistan, the Pakistani military could concentrate better on the defence of the western sector, which by implication gave it more maneuverability with regards to J&K.

Nevertheless, the loss of East Pakistan minimized Pakistan’s role in Southeast Asia and it consequently withdrew from SEATO. It also enabled Pakistan to divert its Islamic orientation towards West Asia and play a larger role in the Islamic world. On the flipside, loss of East Pakistan also meant termination of its maritime role in the Bay of Bengal and consequently the loss of potential naval capability against India’s eastern seaboard. Whatever be Zulfikar Ali Bhutto’s failings or inconsistencies – he was a brilliant diplomat who: carved a leading role for Pakistan in Muslim countries, courted superpowers confidently, initiated intimate strategic partnership with China, and even managed to build bridges with the infant Bangladesh. Under compelling circumstances, he was able to negotiate a settlement with India in the Shimla Summit in 1972 and managed to secure the repatriation of 90,000 prisoners of war without much loss of face.

The break up of Pakistan had a major impact on the nation and the Pakistan Army. For the people of the remaining Pakistan, it was hard to reconcile the idea that in less than 25 years of the creation of Pakistan, the country had been split. The Pakistani military machine that they relied upon had failed to even maintain the territorial integrity of the nation, leave alone defeat India in a war. The surrender by nearly 90,000 troops to India had broken the myth of their martial superiority over India, which they were not ready to concede. In the eyes of the populace, the Pakistan Army stood discredited. To them, the military rule under Yahya was no better than what, as Ayub had described, the “rascally politicians”, could have provided.

The entire nation including the Pakistan Army was consumed by a sense of anger and confusion. There was no honest and quiet introspection. The loss of East Pakistan was seen more in territorial terms rather than a break away by nearly 55 percent of the population, whose aspirations, language and culture could not be synthesised with that of West Pakistan. An honest introspection at that time would have driven home the point that the military cannot be both an instrument of governance and war. The Pakistan military establishment was blind to the geopolitical absurdity of there being  two wings to a nation separated from each other by 1,600 km long alien territory: nor did it realize the folly of waging wars on a  militarily superior foe, relying much too much on external support, particularly from the US and China.

The focus of humiliation and anger that the Pakistan Army felt after the war was narrowed down to the senior leadership in the army. Yahya Khan, of course, was considered as the chief villain. The entire army was restive. In the Gujrawalan military garrison the situation had acquired the proportion of a mutiny. During the address to the officers by General Hamid, the Chief-of-Staff, on 19 December 1971 at GHQ Rawalpindi, the officers had turned abusive. Writing in his memoirs, General Gul Hassan Khan, the then Chief of General Staff, said that during an address at National Defence College by General Hamid, there was a vociferous demand by the gathering to ban alcohol in the messes. With Yahya as the prime example the professional laxity of the senior army officers, unpardonable during a war, was attributed to their love for liquor.

It was, however, the scotch-drinking Z A Bhutto who, as Prime Minister banned alcohol in the armed forces. Simultaneously, the officers also began to view Islamic principles, as an asset for the armed forces – both for enhancing their moral values and morale. It was   the 1971 debacle that acted as a catalyst for the Islamisation of the army. An honest introspection would have revealed that the reason for the defeat was more a matter of systems and strategic blunder than the professional ineptitude of the un-Islamic and liquor loving Generals. After all, the same Pakistan military machine had performed much better on the Western Front during the war. The Pakistan Army has continued to fail in coming up with a sound system and a viable strategy. If alcohol was an evil allure, it had been supplanted by another evil i.e. allurement of wealth and real estate, which had far more social and economic ramifications.

When Z A Bhutto replaced Yahya Khan after the 1971 war, he immediately setup a commission headed by Hamood-ur-Rahman, former Chief Justice of Supreme Court of Pakistan, to ascertain the reasons and fix responsibilities for the debacle in the war. The Commission interviewed more than 200 persons which included General Yahya, Z A Bhutto, the Pakistan Air Force Chief, the Naval Chief and many other senior military commanders as well as politicians. The Commission submitted its first report in July 1972. Ironically, neither Bhutto nor Zia, made the report public during their respective regimes. However, it was widely believed that the Commission had recommended public trial of many officers, bureaucrats and politicians. Again in 1974, when it was decided to reopen the inquiry, the Commission gave its supplementary report after interviewing 73 military officials and bureaucrats.

The Commission’s report was first published by an Indian magazine ‘India Today’ in the year 2000 and consequently by the Pakistani press. The report suggested that the military defeat in the war was due to a combination of political, moral and military reasons. It attributed the precipitating political and emotional alienation of East Pakistan because of the adverse impact of the political situation including the martial law regimes in the 25 years of existence of Pakistan. It castigated both the Awami League and Pakistan’s Peoples Party (PPP) for the political impasse that ruptured the nation. The report also maintained that the problem was essentially political and should have been dealt accordingly. The overwhelming emphasis on the military, the report observed, was misplaced and undesirable. It blamed Yahya for prevarication and political insincerity. The excessive military action in East Pakistan had resulted in a large exodus of refugees to India, which the Commission observed, gave the Indian government a perfect propaganda issue. General Yahya was also blamed for failing to give adequate heed to the mutual assistance treaty signed between India and the USSR, not taking the matter to the UN Security Council, and disregarding the military disparity between India and Pakistan in terms of preparedness. 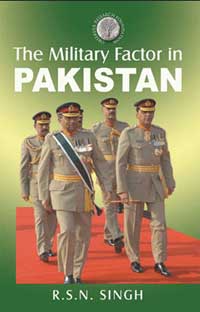 The Commission also maintained that there was reticence and delay in opening up the ‘western front’ by the Pakistan military decision makers and, later, there was also no effective plan for the defence of Dhaka. With regard to General Niazi’s surrender, the report suggested that it was primarily on account of his moral collapse. General Niazi, with 26,400 men, could have held ground for more than two weeks if he had decided to do so on his own, even if the higher authorities had permitted him to surrender. The Commission had also concluded that the moral character of the senior army commanders had began to degenerate since their involvement in martial law duties in 1958, which sharply deteriorated after the imposition of martial law by General Yahya Khan in 1969.

The greatest impact of 1971 war was the change over from military to civilian rule in Pakistan. It also provided Bhutto an opportunity to purge the army of politics and subordinate it as an instrument of the State. He did manage to do so in the initial years of his rule, but as the memories of the defeat in the war faded, the military began to reassert itself.