Home  >  News  > Geopolitics  >  How Israeli diplomatic ties were reversed in Sri Lanka? An example on delegitimizing the State of Israel

How Israeli diplomatic ties were reversed in Sri Lanka? An example on delegitimizing the State of Israel 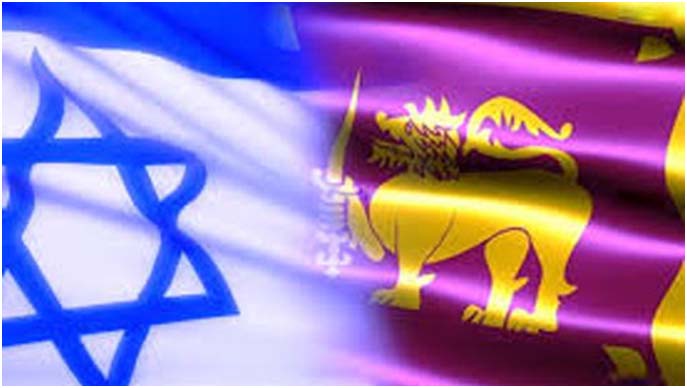 Since Indian premier Narendra Singh Modi’s historic visit to Israel in 2017, the bilateral relations between India and Israel have been elevated into a strategic partnership with a deep sense of solidarity against Islamic terrorism. The academic discussions emerged in contemporary international relations scholarship tend to highlight Indo-Israel strategic partnership as a success story of how Israeli diplomacy won over a state, that had questioned Israel’s recognition in the past. However, it is worthy to note that India’s tiny neighbour Sri Lanka had its strategic alliance with Israel before India developed it and it was often seen as Israeli’s success story in South Asia during the cold war era.

Jewish relations with Sri Lanka has a long history which even dates back to the biblical epoch as the Sri Lankan city Galle is said to be the biblical “Tarshish” to which Biblical figure King Solomon sent merchant ships. Besides the unproven biblical legacy in the antiquity, the Jewish presence in the island nation saw a considerable progress during the British rule as many European Jews held prominent positions in the colonial administration. In the early stage of British rule then chief Justice of Sri Lankan Sir Alexander Johnston proposed to establish a Jewish settlement in the island. But, this was ignored by the colonial office in London. Both Israel and Sri Lanka became independent states in 1948.

At the inception of the newly born nation, Israel coped with the diplomatic resistance that stemmed from the Arab world, especially the recognition of Israel as an independent state which was refused by many post-colonial countries including India. But, Sri Lanka’s first Prime Minister D.S Senanayake initiated island nation’s cooperation with Israel, despite many Asian and African states had their discontent with recognizing Israel due to the Palestinian issue. During D.S Senanayake’s era , Sri Lankan navy purchased its first gun ship from Israel which was named as “Gajabahu 1”. Apart from that, Israeli technical advisors provided technical assistance to bore tube wells in the dry zone of northern Sri Lanka. But these budding efforts of creating Israel-Sri Lankan comity was reversed by the nationalist rhetoric of SWRD Bandaranaike who came into power of Sri Lanka in 1956. Driven by his anti-western sentiments, Bandaranaike upheld his position more supportive toward the Arab cause against the formation of Israel.  SWRD Bandaranaike defended Egyptian president Abdul Gamal Nassar’s decision to nationalize Suez Canal as an inevitable move for the sovereignty of Egypt.

The Israeli-Sri Lankan relations were further deteriorated during the administration of Mrs. Sirimavo Bandaranayke, whose foreign policy was based on the principles of non-aligned movement and non-aligned representatives from Arab countries mainly expressed empathy for the Palestinian liberation cause by denouncing the state of Israel. As a stalwart of Non-aligned movement Mrs. Bandaranaike took more keen interest in forming relations with PLO (Palestinian Liberation Organization) regardless of PLO’s relations with Tamil separatist organizations in the early 1970’s. In fact, several PLO representatives visited Sri Lanka to urge the government to terminate its diplomatic ties with Israel. In the backdrop of such flourishing relations between Sri Lanka and PLO, the Israeli ambassador in Colombo Yitzhak Navon condemned Sri Lanka’s hobnobbing with Arab terrorist organization that were plotting to exterminate the existence of the state of Israel. Within two months after Navon’s statement Bandaranaike severed the diplomatic ties with Israel arguing that Israel had violated UN Security Council resolution 242. Sirimavo Bandaranaike’s decision was highly praised by the Arab leaders as a bold act made in favour of the Palestinian’s liberation cause. This was a perfect illustration showing how PLO delegitimized Israel’s image outside the Middle East.

Much closer ties between Israel and Sri Lanka were restored after 1977 under Sri Lanka’s first executive president Junius Richard Jayewardene, when island nation began to suffer from LTTE terrorism. Cabinet minister Lalith Athulathmudali, who previously worked as a lecturer in Law at Hebrew University of Jerusalem and Jayewardene’s son Ravi Jayewardene were determined that Sri Lanka should seek technical assistance from Israel to combat LTTE. In fact, Jayewardene desperately turned to Israel after his requests were denied by the West regarding purchasing weapons. Security ties soon led to the establishment of diplomatic relations, and in April 1984 an Israeli mission was opened in Colombo for the second time. The vivid account given by Victor Ostrovky and Claire Hoy in their bestselling work “By Way of Deception: A Devastating Insider’s Portrait of the Mossad” indicates how Sri Lanka government was aided by Mossad in early 80’s. According to Ostrovsky, it was a Mossad operative (katsa) named Amy Yar who advised JR Jayewardene’s government to accelerate country’s most ambitious development Mahaweli project as a quick remedy for the energy crisis and more importantly as the most suitable strategy of settling Sinhalese farmers in the dry zones of the island. Under Mossad’s guidance two Israeli academics provided a broad analysis on the worth of this project which crucially helped Sri Lankan government to convince the World Bank for its US $ 250 million  investment. Furthermore, a large amount of contract of Mahaweli project was given to a major Israeli company Solel Bonah and eminent Israeli architect Ulrik Plesner planned six new towns of for the Mahaweli settlements. The new swing of Israeli presence in Sri Lanka in the early 1980’s and the opening of Israeli embassy in Colombo in 1984 caused a paranoia among the Muslim ethnic minority in Sri Lanka on a new Jewish conspiracy theory in Sri Lanka. In particular, the antipathy that arose from the Muslim organization sympathizing PLO in Sri Lanka often filled with slogans portraying Israel as a state ruthlessly perpetrates violence.

President Jayewardene’s successor Ranasinghe Premadasa took a completely different approach toward Israel with his pro-Arab stances. He confounded the West by voting against the UN General Assembly Resolution 46/86 in 1991 that was adopted to revoke the determination in Resolution 3379, which had called Zionism a form of racism. Premadasa’s decision to vote against the resolution brought no any particular fame to a small island nation like Sri Lanka, even as a traditional pro-Soviet state during cold war India sided with the USA in the general assembly. Premadasa made its final blow against Israeli presence in Sri Lanka by terminating the diplomatic ties in 1992. The whole process of delegitimizing Israel and thwarting Israel-Sri Lanka relations were rooted in the astute manipulation led by PLO and the supporters in the local Muslim community in Sri Lanka, which undermined every strengthening diplomatic effort between the two nations.