Honeywell announced that its T-Hawk Micro Air Vehicle, the only fielded unmanned aerial vehicle (UAV) with hover and stare surveillance capability, has recorded its 10,000th flight since introduction. 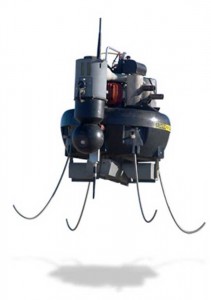 The 10,000th flight was part of an Explosive Ordinance Disposal evaluation exercise in Iraq. Honeywell’s T-Hawk micro air vehicle is a 17-pound vehicle that can hover and stare and offers an option of electro optical or infrared camera sensors for real-time surveillance without exposing soldiers to enemy fire.

“The T-Hawk is combat-proven in Iraq,” said Prabha Gopinath, Strategic Director, T-Hawk, for Honeywell Aerospace. “Honeywell’s T-Hawk has been used successfully to search for improvised explosive devices, to protect convoys and to hover over an objective area for continuous monitoring in advance of war fighter units.”

T-Hawk was introduced and fielded in Iraq with the U.S. Army in 2007.

At just 14 inches in diameter, the Honeywell T-Hawk vehicle is small enough for a backpack and can be deployed within five minutes. The T-Hawk features vertical take-off and landing and can fly up to 10,000 feet at 46 miles per hour, in winds up to 20 knots. Honeywell delivered the first production T-Hawks to the U.S. Navy in August 2009.