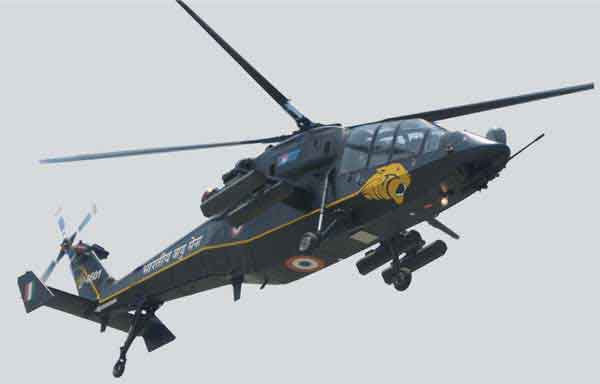 The press conference was chaired by R. K. Tyagi, Chairman-HAL with all major division heads present. The highlights from his overview are given below.

Helicopters. 2 tech demonstrators, the weaponised version of the ALH (Rudra) & the Attack Helicopter have been successfully proven. The Initial Operational Clearance (IOC) has been obtained & the 1st Rudra is being handed over to the Army on 08 Feb 2013.

Multirole Transport Aircraft. Development of a 15-20 ton class aircraft jointly is under planning.

Light Utility Helicopter. The Initial Operational Clearance (IOC) of this helicopter, meant primarily for civilian use, is expected within the next 2 years.

5th Generation Fighter. This is being jointly developed with Russia and the project is progressing well. The preliminary design phase will be over by next month & will be followed by the R&D phase.

LCA. The lead developer is ADA & HAL comes in when manufacturing starts post final IOC which is expected in June this year. For manufacture, the manpower capacity has been revamped with a team of 500 people. Capacity is expected to be 8 per year & later on increasing to 16 per year.

HTT 40 Basic Turbine Trainer. The project is awaiting CCS sanction. Cost of manufacture per aircraft is less than the cost of the imported PC 7 trainer.

Civil Aircraft. 1 Dornier was handed over to the Foreign Minister of Seychelles on 31 Jan 2013, 3 months ahead of schedule.

Civil Airfields & MRO. Ozhar airfield has got civil certification from DGCA. It can now function as an diversion for Mumbai & also function as a cargo base.

Hawk Trainer. Production is on schedule & 5 will be delivered this year.

MMRCA Production. HAL is the lead agency for airframe, engine, integration & production. Infrastructure needs are being finalized. A separate division is being set up for engines & airframes. Tech transfer is from Dassault, Thales & 70 other companies to HAL. PSU & public-private partnership in India is also involved.

Saras. HAL has experience in producing 3736 aircraft in the last 70 years, with more than 118 Dorniers made as well as in managing the HS 748 program. The Saras has less performance capabilities & is heavier than the Dornier.

Aeroengines Development. This is an important area. HAL is looking at developing a 20 KN engine.

Vision for 2020. HAL hopes to be a US$ 20 billion organization with civil, defence, UAV manufacture & MRO activities. It aims to remain the public sector leader in Aerospace & get into more JVs with other partners. Rs70 crores have been earmarked for manpower development. The 1st Aviation University in India is planned to be set up by HAL in Bangalore. Enhancing group support capabilities for better customer support is another target area. Enabling long term offsets is a problem area as right partners with long term staying power have to be identified.

HAL is confident of meeting all customer requirements as it heads into the future.