A reservoir for a 40,000 Megawatts capacity dam would create a huge artificial lake inundating vast areas of virgin forest within the canyon and beyond. The reservoir would stretch hundreds of kilometers upstream the Yarlung Tsangpo into the Kongpo region. Rare species of flora and fauna within the canyon13 will be lost for scientific study. The Chinese authorities themselves admit that the Canyon is the home for more than 60 percent of the biological resources on the Tibetan Plateau.

Although the population in the canyon is rather small, the indigenous people will suffer great hardship and be forced to leave their ancestral lands; of course this may not be a problem for Beijing who has ‘resettled’ more than one million Chinese Hans since the beginning of the construction of the Three Gorges Dam.

Additionally, the water diversion scheme is likely to be a highly inefficient and wasteful exercise with billions of cubic meters of water being lost to evaporation, leakage, percolation, etc, through the 800 km-long canals and aqueducts.

Guo Kais life mission is to save China with Tibets waters”¦Let us not forget that today, the Yellow River is dry for more than 250 days in a year.

If the project comes to fruition, Tibet and the world would have lost this virgin region and its canyon, a great treasure.

India and Bangladesh would be at the mercy of China for adequate release of water during the dry season, and for protection from floods during the rainy season. India knows from its own internal problems how difficult it is to solve a water dispute. When it comes to a transboundary question (where the boundary is not even agreed upon), it seems practically impossible to find a workable understanding.

Another project to Tap Tibetan Waters

The second avatar of the project which got a lot of media coverage in the recent years is the Shuotian Canal. It is also linked with the Great Western Route.

The project is the brainchild of Guo Kai, the secretary-general of the Shuotian Canal Preparatory Committee. Guo Kai’s life mission is to save China with Tibet’s waters. He calculated that if waters from the Salween, the Mekong, the Yangtse, the Yalong and the Dadu (last two are Yangtse’s tributaries) were diverted and directed to the Ngawa Prefecture of Amdo Province (Qinghai), the problem of recurrent water shortage in north and northwest China could be solved. Let us not forget that today, the Yellow River is dry for more than 250 days in a year. 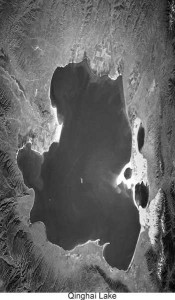 Guo not only worked closely with experts from the Ministry of Water Resources and the Chinese Academy of Sciences (CAS), but he also made several on-the-spot investigations and surveys, before coming up with the details of his pharaonic scheme.According to him, the ‘Great Western Route’ diversion could solve the water shortage in north China, bring drinkable water to Tanjing and even counter the desertification facing the north-northwest provinces. It is why it is considered so vital to the country’s strategic security.The Southern Weekend14, China’s largest circulation weekly is very popular for its investigative journalism. On July 27, 2006 the magazine reported some of Guo’s remarks, that the completion of the Railway line to Lhasa meant that that the 230,000 engineering staff attached to the project could now be transferred to work on the Shuotian Canal. The name Shuotian comes from the contraction of the origin of the canal near Shuomatan on the Yalung Tsangpo (near the town of Tsetang) and the city of Tianjing at the end.

The interesting aspect of Guo’s Great Western Route has been that from the start the Chinese military have shown a lot of interest in it. At the end of the 90s, Zhang Jinong, the Minister of Water Resources, formed the Shuotian Canal Preparatory Committee. The Committee was packed with army generals such as Xu Guangyi, Gao Cunxin and Wang Dinglie. This clearly indicates the strategic implications of the scheme.

According to the Southern Weekend, the project had the support of 118 generals as well the backing of a large number of members (at least those with a military background) of the National People’s Congress and the Chinese People’s Political Consultative Conference. 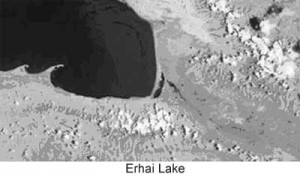 Guo estimated the total investment at around US $ 25 billion.In November 2005, the Great Western Route project got a boost with the publication of a book entitled Save China Through Water From Tibet, written by Li Ling. The writer used Guo’s theme and arguments. It appears that more than 10,000 copies were ordered by various central government ministries and commissions, including the Ministry of Water Resources. Some observers will say that the project is a figment of the imagination of a few old retired generals (with the backing of journalists looking for scoops), but it is not the case. The fact is that the project has been widely read, studied and commented by government officials, scientists and NGOs in China. It was reported that in August 2005, Guo Kai was called to Zhongnanhai, the central government enclave in Beijing where top members of the Politburo reside. He was asked to present his concept in front of the Policy Research Office of the Central Committee of the Communist Party of China.Guo calculated that the areas around the Erhai/Qinghai Lake have a much higher elevation than neighboring areas in Xinjiang and Inner Mongolia. It would therefore be easy to push down the waters into the three proposed diversions starting from the Erhai Lake.
Already in 1999, an official field survey of the proposed canal was made by experts from the Chinese Academy of Sciences, the State Development Planning Commission and representatives from the ministries of water resources, railways, forestry and land resources.

According to the report, one of the main problems was that the influx of water was too important for the Yellow River to absorb. A reservoir would have to be built near the Lajia Gorge in Machen County of Qinghai Province (South of Qinghai Lake). The idea was to use this reservoir to send water to the desert areas of northern China while simply increasing the flow of the Yellow River during the dry season. For the purpose, a canal between the Lajia reservoir and the freshwater Erhai Lake (near the Qinghai or Kokoonor Lake) would have to be built. About 60 percent of the water would be sent to the north.

Guo calculated that the areas around the Erhai/Qinghai Lake have a much higher elevation than neighboring areas in Xinjiang and Inner Mongolia. It would therefore be easy to push down the waters into the three proposed diversions starting from the Erhai Lake.

One would link up with the Gaxan Lake in Inner Mongolia making the Badain Jaran desert into an oasis. This desert is one of the main sources of the recurrent sandstorms affecting Beijing. The second link could take the waters to the Junggar Basin, in the northwest and would supply Urumqi and Karamay in Xinjiang Province.

The last link would irrigate the arid Qaidam and Tarim basins and the Lop Nur, where the first Chinese nuclear test where conducted in the 60s.

It is not difficult to understand that areas downstream in Arunachal or Assam are extremely vulnerable to what takes place upstream in Tibet.

In 2000, several individuals and organisations already started protesting in China. The Chinese Academy of Engineering (CAE) published a “Strategic Study on Sustainable Development of China’s Water Resources in the 21st Century”. Academicians Qian Zhengying and Zhang Guangdou who had worked on the proposed diversion, noted at least two potential wrongs. First, the scheme plans to divert water only into the Yellow River, forgetting other rivers in north and northwest China and second to force the lush southern scenery on the northwest would “violate the laws of nature”.16

Since then other objections have come up. One is that the cost has greatly been underestimated; another one is “solving west China’s water problem by means of a man-made eco-environment is impossible and will only lead to increased trouble in the future.” It was pointed that the water of the reservoir at the Erhai Lake could easily be polluted by the saltwater of the nearby Qinghai Lake. The conclusion was: “The project has shortcomings in its theory, and will not work in reality.”

But the old generals are insistent. General Zhao Nanqi declared in 2000: “Even if we do not begin this water diversion project, the next generation will. Sooner or later it will be done.”