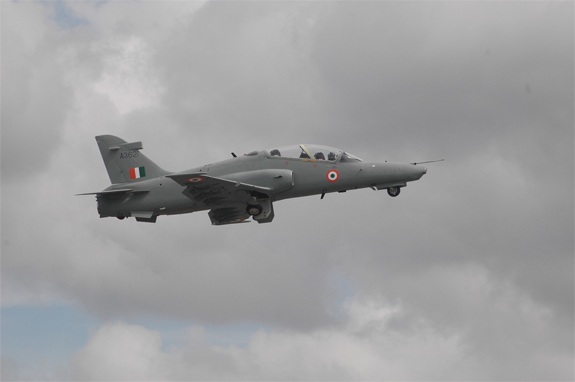 HAL signed an MoU with BAe Systems UK recently for Hawk Mk132 Upgrade, development of combat Hawk for Indian and export markets and maintenance solutions for supporting Jaguar and Hawk fleet. Speaking on the occasion, Mr. T. Suvarna Raju, CMD, HAL expressed confidence on success of the proposed collaboration between HAL and BAeS. “It is important that both the teams finalise the scope of Hawk Mk132 Upgrades and other work packages under the MoU agreement at the earliest”, he said.

The aircraft has the capabilities to be used as a ground attack aircraft or for air defence. The Hawk AJT has excellent flying characteristics with good stability, can be flown at night and can perform wide range of aerobatic manoeuvres. The aircraft can accommodate a wide variety of external stores.  The aircraft has 7 hard points to carry external stores with a possible 12 types of combinations to carry the stores.

The aircraft is being produced at HAL under licence from BAeS, UK and the first aircraft was handed over to IAF in August 2008.  Production program of 42 Hawks to IAF was concluded in 2011-12. Further, second contract was signed between IAF and HAL in July 2010 for supply of 40 Nos of Hawk AJT and associated equipment.  HAL has so for produced 25 aircraft and would be producing all the 40 aircraft by 2016-17. 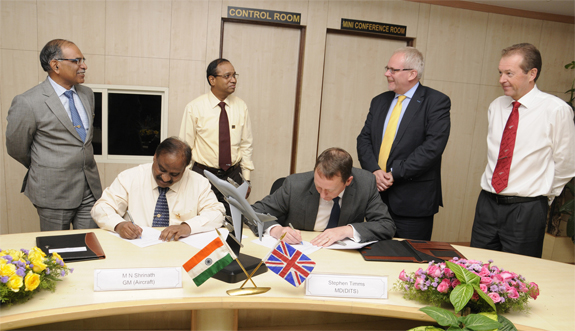