"Grain deal" - A channel for the supply of Ammunition to Kyiv? 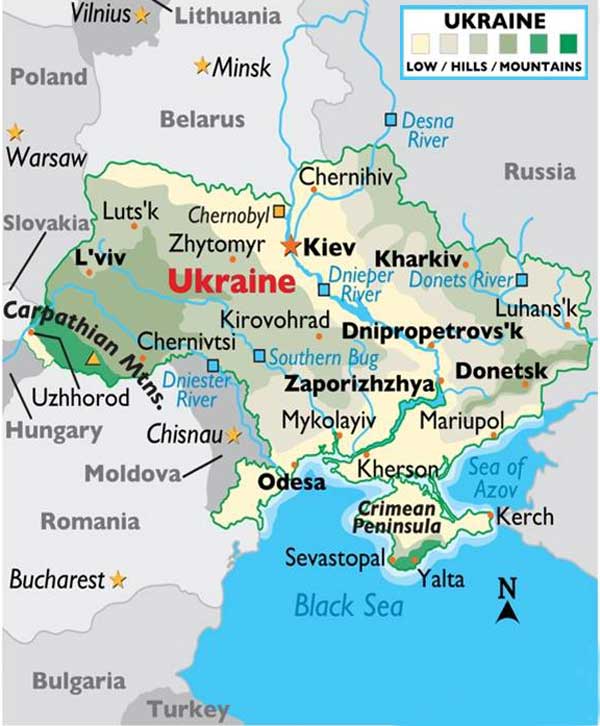 Just a few hours after the attack by sea “drones” on the ships of the Black Sea Fleet of the Russian Federation in the early morning of October 29, the Russian Foreign Ministry announced the suspension of the “grain deal” – an agreement that had been in force since July 22 of this year. The fact thatRussian military claims that naval drones have passed through the territory included in the “grain deal”, where there is no Russian fleet – it only made that decision stronger!

The “grain deal” allowed Kyiv to freely export grain from the Black Sea ports under the auspices of the UN, in exchange for some easing of sanctions against Russian exports of grain and fertilizers. Formally, this agreement was strictly humanitarian and its sole purpose was to provide grain to the countries of Africa and Southeast Asia, dependent on food imports. During the passage of the Bosporus, ships traveling from Ukraine and back were examined by UN inspectors to exclude the possible import and export of prohibited goods. But the Kremlin did not receive its benefit from the deal …

Ukraine, having unblocked the export of grain by sea, at the same time was able to unload land communications and receive a significant income from the export of agricultural products. In addition, its Western partners were once again able to resell Ukrainian grain, which, with the outbreak of hostilities in Ukraine, rose significantly in price. But Russia continued to face difficulties in securing the export of its grain. Western insurance companies, despite official permission, refused to insure cargoes of food and fertilizers from Russian ports under various pretexts.

At the same time, information was increasingly appearing in the media that American and European authorities were putting significant pressure on insurers. Naturally, Moscow was more and more dissatisfied with the terms of the deal concluded before November 19 and doubted the possibility of its extension. The attack on Sevastopol gave the Kremlin a great trump card – the deal was instantly suspended, although the Russian fleet did not suffer significant damage. The military response of Russia also followed very quickly, the communications center and the base of the special forces of the Ukrainian fleet in Ochakiv were destroyed. However, both the attack on the Russian base and the actual breach of the deal with Russian exports are just the tip of the iceberg.

Initially, the purpose of the “grain deal” was to provide grain starving countries and prevent the rapid rise in food prices. Only on September 7, Russian President Vladimir Putin ironically stated that out of 87 ships with grain that left Ukrainian ports in a month and a half from the start of the deal, only 2 reached the really starving countriesof Yemen and Djibouti.1

But 30 ships delivered grain to the ports of the prosperous countries of European Union, which continues the sanctions war against Russia. So it’s hard to talk about the real humanitarian component of the deal. More importantly, however, Moscow increasingly received reports of clear violations by Ukraine and its allies of the rules of the agreement. Ships sailing to Ukrainian ports brought weapons and ammunition to Kyiv, which the Armed Forces of Ukraine desperately need.

Despite all the activities of the UN inspectors, this is quite possible. Inspection groups check ships in the roadstead of Istanbul, after which those unloaded go to Ukrainian ports, close enough to the Bulgarian and Romanian coasts. Namely, the Arsenal concern is located in Bulgaria, one of the few EU enterprises capable of producing a large range of weapons and ammunition of the Warsaw Pact model, which are mainly used by the Ukrainian army, which is experiencing constant “shell hunger”, because it has stopped its own weapons production since the early 2010s. A small bulk carrier with a deadweight of 20,000 tons is quite capable of taking on board 2,000 tons of military cargo directly into the sea. It is enough to know the schedule of Russian satellites and carry out loading / unloading work at night.

Actually, Ukraine and its Western partners on October 27 even demanded that the Olvia port near Nikolaev be included in the “grain deal”, the uniqueness of which is that it is the only specialized port for the transportation of ammunition in Ukraine.

Against the backdrop of such proposals, an attack by expensive kamikaze maritime drones on the Black Sea Fleet looks quite logical. If it were successful, Russia would have had far fewer opportunities to inspect Ukrainian ships and detain those who violated the deal. However, the Russian sailors did not suffer much damage, but in Moscow they received an excellent reason to completely cut off the source of income and ammunition for Kyiv. But even single violations of the deal allowed Ukraine to save much-needed time for the supply of ammunition and solve complex logistical problems. In addition, a Russian strike on a ship unloading in Olvia or Odessa would have been immediately declared by the West as a “violation” of the grain deal by Moscow. Now this will definitely not happen. But Odessa no longer runs the risk of repeating the fate of the Canadian Halifax, destroyed by the explosion of just one ship with ammunition in 1917.