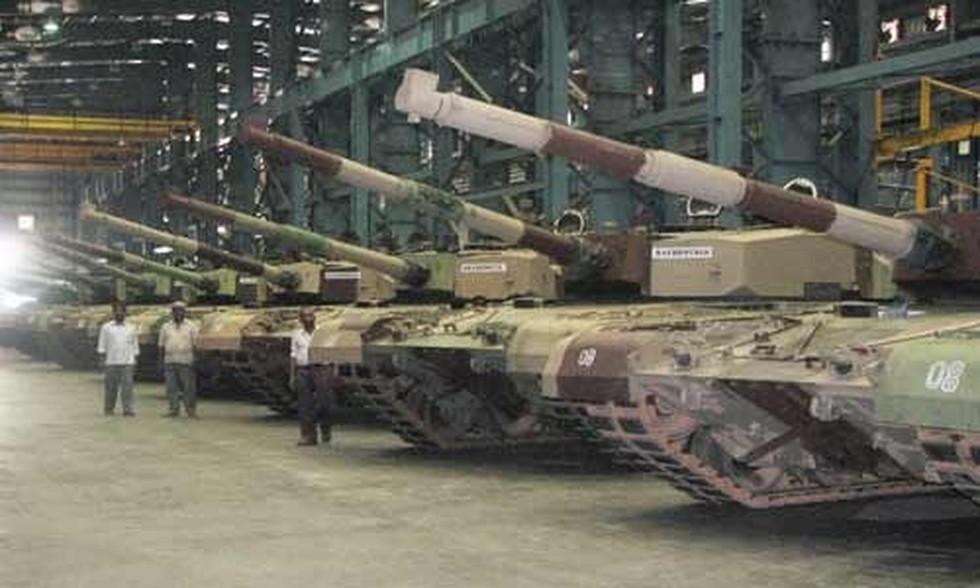 No military has ever outsourced Equipment Readiness; the Indian Army could be the first!

The Indian Army’s ambitious plan for modernisation of the Army Base Workshops (ABWs) and implementation of the Government Owned, Contractor Operated (GOCO) model is running aground as had been anticipated by many including a former Chief of the Army Staff (COAS). A Tughlaki reform that was initiated by a few omni-competent men in uniform appears to be facing rough waters as even the acceptance of necessity has not yet been accorded after five years. Managing the fast surfacing complexities is becoming a nightmare. In his report last year, the Comptroller and Auditor General (CAG) had observed the delay and reported that the original timeline for implementation lapsed in December 2019. The CAG recommended that the Ministry of Defence (MoD) formulate a strategy to mitigate all risks, including deployment of existing manpower. The GOCO model was meant to modernise the workshops as well free up the Indian Army from technical maintenance work.

Privatisation of military technical services was actively considered in smaller militaries such as of the United Kingdom (UK) and Germany, post the collapse of the Soviet Union. The government of Germany had adopted a cautious approach with regard to the management of privatisation of three core segments of the Bundeswehr – white fleet, clothing supplies, and information technology. It had repeatedly made the case that privatisation finds its limits where military technical services of ‘strategic relevance’ are concerned. Despite this caution, market forces seem to have constrained Germany to double its defence budget. The British after years of papering over GOCO, finally jettisoned it, when on December 10, 2013, Britain’s Defence Secretary, Philip Hammond, announced that one of the most radical outsourcing plans hatched by the previous government, would not be going ahead. He also referred to the so-called “conspiracy of optimism”, in which officials, the armed forces and defence suppliers pretended that jobs could be done cheaply by private contractors. If Britain, with a fleet of indigenously developed 400-odd tanks and a very strong defence industrial base, could not move forward, how can India do that, with many times that number and such large dependencies on imports? These spin-doctors with no background in Maintenance, Repair and Overhaul (MRO) operations simply picked up templates from smaller armies to cut and paste it in the Indian context without evaluating the complexities of GOCO. This was despite the below par state of the Indian Army’s general vehicle fleet that has resulted consequent to privatisation. They seem to want to extend this messing up to critical weapon platforms!

GOCO move ab initio failed to realise that the ABWs had only around ten percent combatants on its rolls as against 90 percent civilians and hence, there would not be any worthwhile saving of combatants, but certainly there would be massive loss of civilian jobs. The CAG had pointed out that 385 out of the 1,077 affected civilian manpower of closed stations/static workshops, were lying idle and the same situation albeit of a bigger proportion, could arise in ABWs, if these issues were not addressed. Sadly, the strategic issue of operational readiness of the Indian Army’s tank fleet of vintage T-72s and T-90s was ignored in the single minded pursuit to privatise ABWs. The Shekatkar Committee had only recommended corporatisation of ABWs on the lines of Ordnance Factory Board. How the top brass managed to swing it towards privatisation could be inquired by the MoD so as to obviate such wasteful experiments in future.

The government had in the nineties established a Remanufacturing (Reman) Capability at Avadi for the overhaul of the T-72 tanks. This was augmented by setting up a new assembly line at the Delhi-based ABW in the next decade. Together, it was expected that the annual arisings of repairable tanks would get addressed. Instead, the backlog kept piling as these facilities could never achieve full capacity utilisation due to non-availability of spare parts that were being sourced locally or from Russia. The present GOCO plan does nothing to resolve the critical issue of capability and capacity despite a planned expenditure of Rs 5,000 to 6,000 crore in this experiment. It is merely transferring an existing assembly line that is operating at 75 to 85 percent of its capacity to a private operator, hailing it as a path-breaking reform. The current estimates of GOCO could easily touch Rs 10,000 crore due to time and cost overruns.

The strategic concern today should be the operational effectiveness of the mechanised fleet in view of its large deployments, vintage and usage. Technically, it translates into the overall national capability to sustain and retain tanks in like new condition. Any tracked weapon platform has a minimum service life of over five decades. The T-72 tank is over four decades old and most tanks with West European and US armies are of similar vintage. The US has plans to retain M1Abrams beyond 2050 through modernisation and technology insertion. The UK, France and Germany also have adopted similar capability enhancement programmes to extend life of their tank fleets and control expenditure. Having invested so heavily on tanks and Infantry Combat Vehicles (ICVs), India has no option but to adopt the best practice of overhaul cum upgrade, for example, a T-72 can be engineered to deliver equipment capability on a par with a T-90 with suitable technology insertion at 40 percent cost of a new tank. If this singular factor of life-cycle readiness is understood, most vintage systems could be modernised at minimal cost. The severe consequences of using vintage and partially mission-capable weapon platforms in combat have been amply demonstrated in the ongoing conflict between Russia and Ukraine. All efforts, therefore, need to be directed to strengthening and expanding MRO capability for tanks and complex systems. It has to be ensured that a large number of weapon platforms deployed at the Line of Actual Control (LAC) are maintained in a state of high readiness through deep support from ABWs.

To address the large requirements of overhaul of tanks, the country needs to create an industrial capability which is at least twice the existing MRO capability. The MoD could consider bridging this capability deficit. A hybrid strategy of Public Private Partnership (PPP) can simplify the complexities of not only GOCO but also address the larger issue of strategic autonomy and assurance by adopting the following:–

With massive investments in tanks and infantry combat vehicles (from Rs 5 to 20 crore each) and plans to add many more, the Indian Army needs to carry out a comprehensive analysis of capability readiness of its mechanised fleet i.e. how far can these run and how long can these jump? In short, will these platforms come out with all guns blazing in support of the gallant infantrymen? To rain fire and fury, a platform such as a tank, ICV, artillery, air defence gun and rocket systems needs to be fighting fit and have enough ammunition available. The platform is made mission capable by maintainers and the round is transported by logistic vehicles that are reliable and with no chance of failure. In most armies of the world, a year’s deployments in such difficult terrains (mountains, high altitudes and glaciated) is equated with six to seven years of peace time operational tempos. After two years deployment, the platform is withdrawn and subjected to base reset. The relevance of such engineering best practices continues to be questioned by many generalists in uniform.

The images of exploding, dysfunctional and abandoned tanks in the ongoing conflict in Ukraine should stir the top brass to carry out a serious introspection of their frequent claims of being prepared for a two-front war. Weapons and equipment have to be meticulously maintained and tested for battle worthiness at regular intervals. The striking difference between Garage and Operational availabilities of platforms has been clearly demonstrated in the war in Eastern Europe. A deliberate forecasting of daily fighting rates is sine qua non in future wars else even the most invincible of militaries can be made to bite the dust by a technically more capable adversary.

It is high time the government reviews GOCO plans comprehensively. It can be replaced by a PPP model wherein existing industrial capabilities of both complement each other to develop a self sustaining national capability. A strategy of collaboration is indispensable in the overall interests of India and in helping the government navigate an uncertain future where existing foreign supply chains could be disrupted and become unaffordable. The evolving security landscape of the subcontinent demands that the military strategizes to evolve as an accomplished, well-oiled fighting force of a modern nation. It can no longer expend its resources on specious reforms and crappy strategies, repeatedly getting pre-empted, enduring the heavy attrition of its soldiers.

The government has to tread cautiously in its efforts to bring in privatisation of military technical services. MRO is not purely an industrial activity, but has an operational readiness angle linked to it. It cannot be considered similar to privatisation of services such as quartering, IT, rations and general stores. The Indian Army has to retain control and steer the direction of such a key military engineering functions as it has been done by the Indian Air Force and the Indian Navy. The consequences of any adversary knowing the vulnerabilities of weapon platforms, can be catastrophic for the nation as can be seen from the sinking of the missile cruiser Moskva and the widespread destruction of armoured vehicles. Handing over full control of reman of tanks and other weapon platforms to private contractors could compromise specifications and vulnerabilities. This could become an activity of diminishing returns, once organisational skills and competencies fade away. Total privatisation of military technical services and free market operations have not been found to be either cost efficient or operationally effective, even in developed countries. Faced with multi-domain challenges, the Indian Army cannot afford to copy such templates and outsource its equipment readiness as, “It is only when they break down, machines remind you how powerful they are.”

is a former DGEME, DGIS and Member Armed Forces Tribunal.