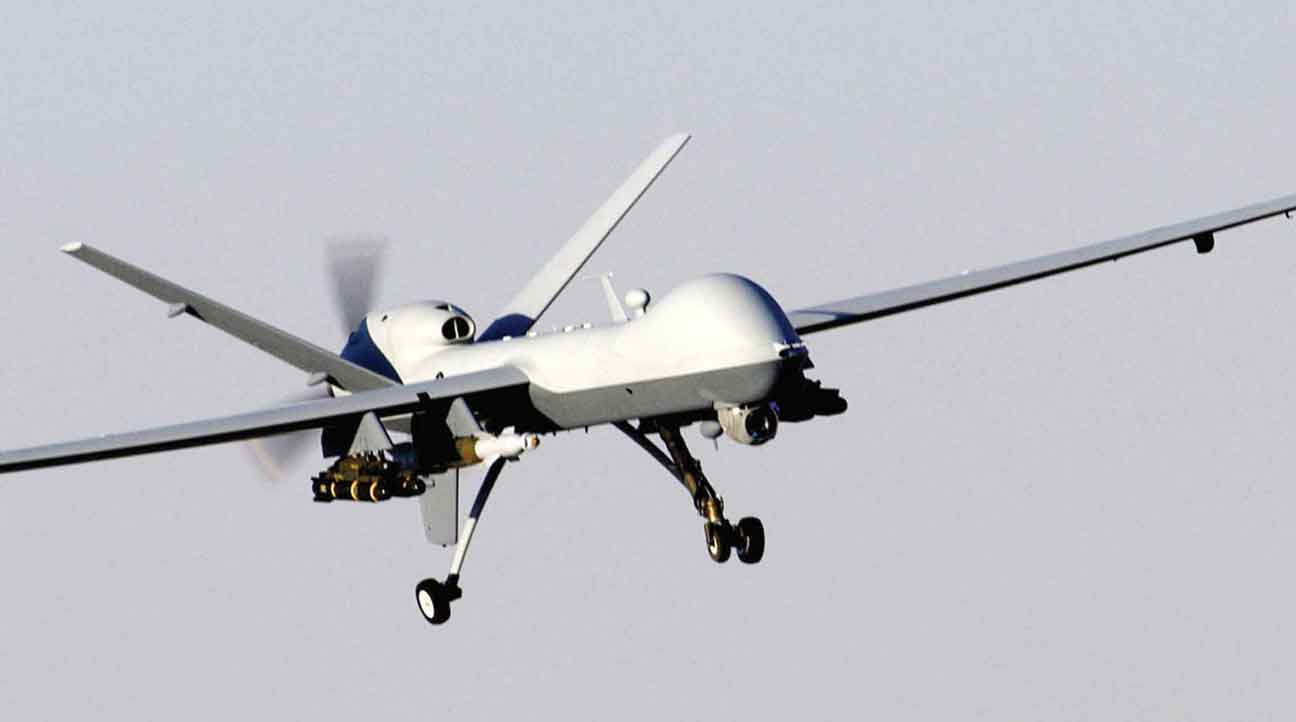 Birth and Growth of Aviation

Since the Wright Brothers took their first hesitant hop just over a century ago, aeronautical science has advanced at a phenomenal pace seemingly defying all limits of imagination and giving unprecedented mastery of the air to mankind. Having landed on the moon within seven decades of the historic first manned powered flight, man is now aspiring to expand interplanetary exploration with the aim to conquer and colonize space to exploit its resources, yet unknown, as also without doubt, to dominate the world.

Over the last century or so, driven by the predominant concern for national security and single minded focus on the race for global dominance, Research & Development by the scientists in the leading nations of the world in the field of aviation, has generally been pioneered by the military. In the regime of military aviation, “capability growth” rather than “cost” has always been the underlying philosophy and priority of development efforts. The spin offs and benefits accruing from such endeavours have inevitably filtered down to civil aviation propelling its evolution albeit at a less intense but respectable pace.

The essential difference in the nature of growth between the military and civil aviation has been that, unlike the former, cost is and has been perhaps the most important consideration for the latter. However, developmental trends in the field of aeronautical science in the future indicate that the fundamental paradigms that have so par propelled growth in the respective fields are set to undergo profound change. Areas in which significant changes are indicated are automation of aerial vehicles, propulsion systems for aircraft and exploitation of space.

The initial years of the last century witnessed the birth and evolution of manned powered flight driven primarily by the demand for military application. However, the twenty-first century is destined to witness a profound change in the character of aerial warfare. Since the end of the Second World War, the combat aircraft has evolved continuously and its operational capability has grown enormously on account of its greater flexibility, reach, precision and lethality. As it stands today, air power is undeniably in a position to play a dominant role in any major conflict in the foreseeable future and decisively influence its outcome. 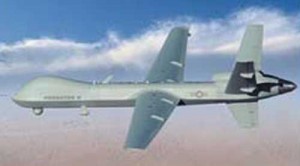 But there are perceptible signs of change in the basic character and attributes of air power emanating from the most technologically advanced nation on the earth. The US administration appears to be veering around to the conviction that the US Air Force “does not need the F 22 Raptor, a fifth generation stealth fighter-bomber”. The only fifth generation combat aircraft in operational service anywhere in the world today, the F 22 Raptor, cost the US government $60 billion (Rs 276,000 crore) for the first 187 machines or approximately $350 million (Rs 1610 crore) a piece. With a price tag of $143 million (Rs 658 crore) for aircraft supplied beyond the initial batch of 187 machines, even the most powerful economy in the world seems to be confronted with the unpleasant and inconvenient reality that with the price tag that it carries, this most potent manned combat aircraft in the world, is no longer affordable. Cost, which was of little consequence in the past to military aviation, can no longer be ignored or consigned lower priority. In fact it could well be an overriding consideration in the future, something that the armed forces around the world are beginning to understand.Apart from the affordability factor, a statement by Robert Gates the Secretary of Defence of the United States of America that “the F-35 Joint Strike Fighter now in production, may be the last combat aircraft the US Air Force will buy that carries a pilot” signals a clear shift in the perspective of the US government on the relevance of the manned aircraft as a combat platform for aerial warfare in the future.The increasing focus of the USAF on the unmanned aircraft is clearly enunciated in a recently promulgated document entitled “The Unmanned Aircraft System Flight Plan”. Covering a period of four decades, the document elaborates on the possible future course the US Air Force could chart. If all goes according to assessments and predictions contained in the document, the US Air Force could eventually replace every type of manned aircraft in its inventory with sophisticated Unmanned Aerial Systems (UAS) or the Unmanned Aerial Combat Systems (UCAS), collectively referred to as Unmanned Aerial Vehicles (UAVs). The equipment to be phased out from the existing inventory and replaced by the new systems would not only include fighter aircraft but also the long range strategic bombers, transport and even the gigantic in-flight refueling aircraft.

There are other developments that lend credence to this evolving trend. In the current year, for the first time, the USAF will train more officers on remote-controlled aircraft than on combat fighters. Students have begun to graduate from USAF training establishments with no formal Air Force pilot training and from weapons school with more knowledge about weapons carried by UAVs than by combat aircraft. The pattern of deployment of UAVs in the field by the armed forces of the US tends to reinforce the belief that the future lies with UAS and UCAS. The total number of military drones employed by the US military has increased from 167 in 2001 to 7,000 in 2009. In the course of the last one year, as compared to the number of combat aircraft, the US military deployed twice as many drones. The global UAV market today is estimated to be in the region of $17.9 billion (Rs 82,340 crore) over the next decade and the way the demand is growing in the world, it could well reach $30 billion (Rs 138,000 crore) over the next twenty years. 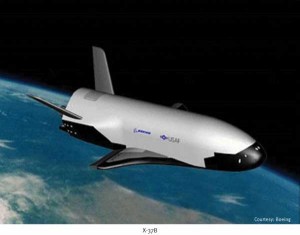 Despite limitations, the current generation of UAS/UCAS offers a number of advantages. Firstly, acquisition and life cycle cost of UAVs as compared with manned fighter aircraft for similar roles and comparable combat potential is significantly lower. Also, due to the growing concern about loss of lives especially of pilots, whose training costs to reach operational status are staggering, perhaps the most lucrative advantage of the UAV is the capability to join battle without exposing the operator of the machine to any danger. A low cost machine such as an UAV may be dispensable while a trained professional inside the manned fighter is not. UAVs have infinitely long endurance and their deployment time is not restricted by the limits of human endurance, if there was to be one on board. The infrastructural requirement for UAVs is considerably lower than that for manned aircraft and being less expensive, they can be deployed in larger numbers. And finally, UAVs can be fully automated or controlled remotely from any point on the globe even thousands of miles away through satellite-based data link. Newer versions of UAVs are going to be far more capable. They will be able to carry out electronic warfare, submarine hunting, aerial refueling of other UAVs and even air to air combat. In the ongoing campaign against terrorism, UCAVs operated by the forces of the US, in the course of a year, have hit and destroyed more targets in Pakistan with incredible accuracy than the manned combat aircraft did during the opening round of the war in Kosovo.Operational imperatives are driving technology to develop UAVs of better technology and with greater capability in the future. The Reaper, successor of the Predator, is powered by a turboprop engine, is four times larger in size and nine times more powerful. It carries a software package that has “automatic man-made object detection” and “coherent change detection.” With a 750 kg payload capability, the Reaper is far more “intelligent” as compared with the Predator and can be pre-programmed to fly by itself – well almost! Still larger in size, the jet engine powered Avenger is stealthy and can carry 1500 kg of ordnance and can even operate from an aircraft carrier. The Avenger comes closest to replacing the manned fighter aircraft in the current generation of UCAVs.Three years ago, research began in the US to develop a vehicle to function as an “UAV Killer”. It is meant to have the capability to loiter over the area of interest to locate and destroy enemy UAVs with on board weapons. But what could truly revolutionize UAVs is miniaturization. Already there are UAVs for employment in the tactical battle areas that come in the category of Mini and Micro UAVs with weight ranging from a few kilograms (under ten) to a few hundred grams. Researchers in the US Air Force have built a miniature rocket engine the size of a pencil. Micro systems could eventually go down to the nano-scale that is to the molecular level. Boston College Researchers in the US have designed and built a 78-atom size nano-motor that is chemically powered. Even smaller is the solar-powered engine built in Holland which is 58 atoms in size.

The other factor that has helped shift focus decisively to unmanned systems is the ongoing global war by the United States against terrorism. The rising tide of the menace of terrorism has changed the very nature of warfare on the ground as the line between internal and external threat is tending to get blurred. The evolving scenario will require increasing use of unmanned systems with greater endurance, in-flight refueling capability, precision weapons and innovative sensor technologies. Unmanned systems will undoubtedly lay claim to a large chunk of the Pentagon’s 2010 military budget of $680 billion (Rs 3,128,000 crore).