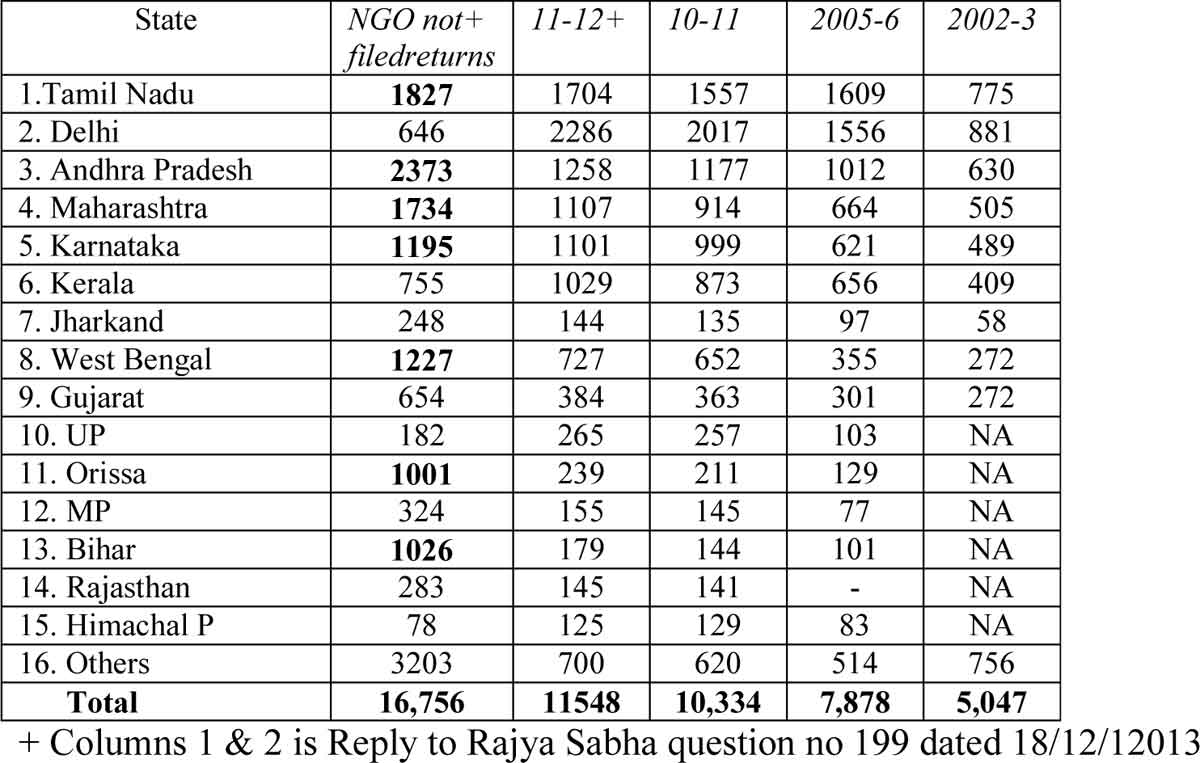 Column one gives the number of NGOs who have not submitted their returns to MHA. Tamil N, Andhra P, Maharashtra, Karnataka, West B, Orissa and Bihar share the honors.

Four southern states account for 44% of reported receipts. These states received Rs 1,603 crs in 2002-03, up 217% in 2012-12. It is well known that the Church is increasingly active in these states – would be interesting to compare the Christian population in these states then and now. Note that even a small state like Uttaranchal received Rs 120 crs during 2011-12.

Can MHA monitor the working of NGO’s in so many states? Are the State Governments involved and to what extent? 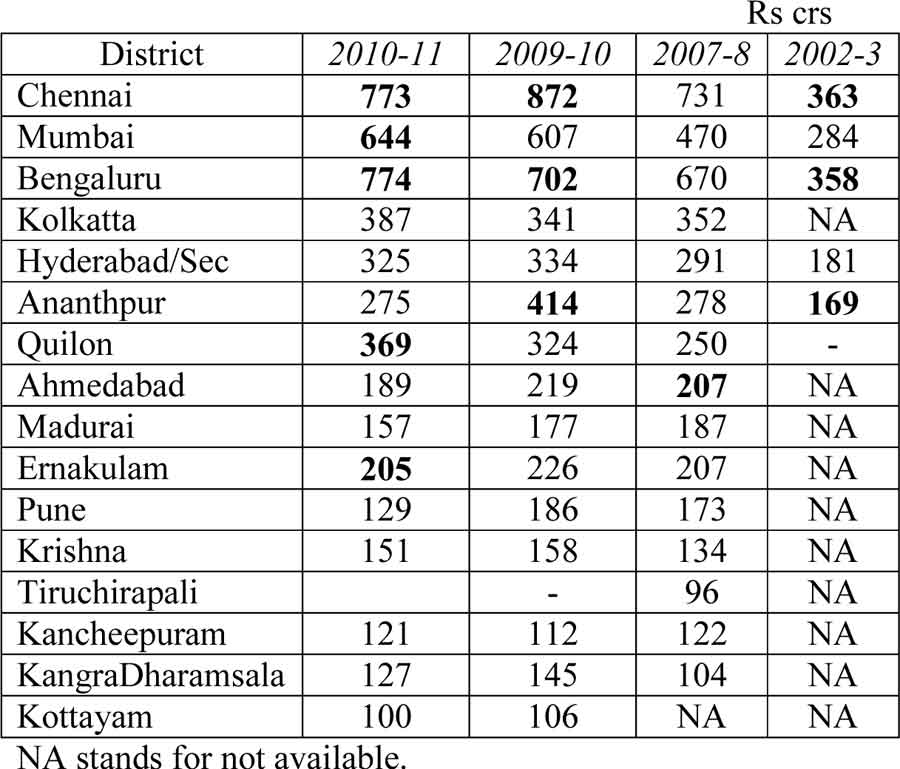 These are huge sums of money that require continuous and serious monitoring to ensure that end utilization matches the purported purposes for which the monies were received.

In 2010-11 Rs 681 crs was spent for construction of maintenance of schools and colleges. Since most of the recipients are Christian organizations it would be correct to assume that a major portion of amount was received by them.

Most would be aware that the Christian community plays a dominating role in the field of school education. Whilst giving them due credit one of the reasons is because the Indian Christian community inherited Jesuit schools started by the British, the author went to one such school.

Article 29 and 30 of the Constitution conferred rights to minorities to establish and administer educational institutions to promote its religious tenets, philosophy etc. However, when donations received from abroad allow the community to set up more schools where the students are predominantly Hindu, then it only accentuates the control that the community has over education.

A very good example is the Ryan International Group who runs 128 schools across 18 states. When its founder, Dr A F Pinto was conferred The Excellence Award for 2012 by The Christian Chamber of Commerce and Industry a blog in the Times of India said “How much of the “success” of such minority-institutions (in particular, Catholic-faith based schools and educational groups) is due to the relative “freedom” they enjoy from government interference and controls (e.g. minority-institutions are exempt from the recent RTE legislation), as well as the generous funding they receive from abroad?”. To read more http://blogs.timesofindia.indiatimes.com/reclaiming-india/entry/of-islamic-vc-funds-andchristian-chambers-of-commerce

Not sure if the framers of the Constitution had envisaged this situation when special rights were given to minorities to administer and establish their own institutions.

The author is not suggesting that India becomes inward-looking again but every nation has a right to safeguard its national interests, culture and social fabric.

The new Government needs to take a closer look at the need for foreign funding, NGO goals/working and synergise them with national interest.

Note – Data taken from the FCRA report published by the MHA and relevant web sites. Any errors are unintended and regretted.