Forebodings in J&K over spring

The advent of spring in Kashmir is creating apprehensions in some quarters in the State. Will there be a repeat of turmoil and tension, which marked the post spring period from 2008 to 2010?

In 2008 serious trouble had arisen over allotment of land for camps for pilgrims to Amarnath. Thereafter, the death of two women in Shopian and the stone-pelters in 2010 had created considerable mayhem and law and order problems.

The past one year, however, has also seen a steep drop in terrorist violence and infiltration from across the border. Also in recent times peace and quiet has prevailed in the Valley. The moot question is will the trouble-makers from across the border allow this state of tranquility to continue? It becomes imperative to determine the nature of the internal environment in Kashmir, which proves responsive to overtures from across.

Kashmiriyat provided a new brand of Islam in the Valley, the result of amalgam of Islam with Sufi and Hindu traditions and folklore. But Kashmiriyat in recent times also got compromised by Wahabi propaganda and foreign funding”¦

Pakistan is now a jelly state hovering on the brink of collapse. The world, including people in J&K now understand the dynamics of inner contradictions in Pakistan. The quality of life lived by people of POK is not what their ethnic and religious cousins living on this side of the Line of Control desire. The magnetism for Pakistan has diminished a great deal except for miniscule sections who are the beneficiaries of direct patronage of the Pakistani authorities. Therefore, the relevance of Pakistan today for the people of J&K state is much less than what it used to be in the years gone by.

The key questions today are the issues of alienation and autonomy. These two issues pose the maximum political challenges in Kashmir. To deal with these challenges it is necessary to understand the realistic parameters within which they arise. Most other problems in J&K, which exercise the minds of the people, are the product of mis-governance or non-governance, such as education, health, unemployment, development and security. Issues such as demilitarization, return of displaced Valley Pandits, reduction in police powers of the Armed Forces, are intrinsically connected with the dimensions of security. Human rights issues also arise with security operations. As security and governance improves in J&K, more particularly the latter, the dissatisfaction that gets generated on account of them, is bound to grow lesser and lesser.

However, alienation is not going to disappear altogether. The causes of alienation are sentimental and emotive. A religious fervour, among other things, could act as a trigger. A small section of people in India still nostalgically hopes for the annulment of partition. Pakistan is no longer the direct cause of this alienation. Whether or not Pakistan collapses and disintegrates, the sense of alienation that grips a slice of society in J&K is not going to get eradicated. Such alienation also exists in the rest of India wherever streams of sub nationalisms are operative. Thus, the larger problem is not alienation. One that is, is the demand for greater autonomy. The point generally missed out is how this demand feeds into the moods of alienation.

“¦the J&K state indeed already enjoys a much more advantageous position when compared to the other Indian states. These privileges are many more than what the Indian Constitution gives to some territories”¦

In examining alienation, another factor, not to be conveniently ignored, is the role of Islamic religious doctrines. Some of them are very rigid, allowing no accommodation. Through centuries of Islam in the Indian Subcontinent, the Hindu and Muslim communities have preferred to live in social and mutual isolation. Deep prejudices have been harboured on both sides. Inter marriages were regarded as taboo at the common level. Such exceptions as are now seen in the upper social classes still encounter large magnitudes of family resistance. Kashmiriyat provided a new brand of Islam in the Valley, the result of amalgam of Islam with Sufi and Hindu traditions and folklore. But Kashmiriyat in recent times also got compromised by Wahabi propaganda and foreign funding, aimed at disturbing the shadow of tranquility it had cast in the Valley for generations. The loss of tranquility to an enhanced militant profile of Islam became the direct cause of the exodus of Kashmiri Pandits out of the Valley. It is difficult to say whether the old balance can be retrieved, paving the way for the return of the Kashmiri Pandits. Elsewhere in the Islamic world, also it has been observed that the minorities who leave or are driven out as refugees on account of religious excesses seldom return to their abandoned homes. Alienation ensures that the fate of the Kashmiri Pandits can hardly be any different. Alienation exists despite the large doles of money from the Government of India every year to Kashmir.

Differences between different schools of Islamic thoughts and sects are unlikely to influence the general nature of alienation in the Valley. Shias and Sunnis everywhere fight a raging battle against each other but such confrontations have no effect on their attitudes towards common enemies and adversaries. Pakistan, Afghanistan, Iraq, Lebanon, Syria among other regions are prime examples of where such scenarios are being currently played out. It is also to be remembered is that the patience with Islam in other parts of the world, notably Europe and the US, is running out. European sensibilities of generosity, pluralism, secularism and detachment from religious bigotry, shaped by the values of renaissance and enlightenment, seem to be crumbling where Islam is concerned and a general view is surfacing that multiculturalism has failed.

The other issue, the demand for autonomy, is purely a political issue and has no overtones of religion or syncretism. There is considerable confusion over what essentially are the constituents of autonomy or greater autonomy, which are at stake. The problem becomes more subtle to grasp when most proponents of this demand make it clear that they do not question J&K state’s accession to India.

The reality is that all states of India are autonomous as provided by the Constitution of India and that in the area of such autonomy the federal power cannot interfere. Except for fringe elements scattered mostly on the borders of India, the people of India are happy with the constitutional arrangements. Nowhere except at the fringes, there is a demand for greater autonomy. If a debate arises over exercise of certain powers or respective jurisdictions, issues get settled through discussions in the Centre State Council. But, the J&K state indeed already enjoys a much more advantageous position when compared to the other Indian states. These privileges are many more than what the Indian Constitution gives to some territories in the border regions under the Fifth and Sixth schedules.

“¦the Government of India stand on autonomy seems always to encourage the autonomy/independence seekers/separatists to demand more and more. Moreover they seem to have granted the monopoly of speaking for J&K to the Sunnis of the Valley.

The special features of the J&K state which other states do not have, are its own constitution and flag, and the guarantee that no law passed by the Central Parliament gets applied to the state without its agreement. The jurisdictions of statutory authorities, the Supreme Court, Auditor and Controller General of India and Central Election Commission required concurrence of the state before being extended over it. Very few in J&K question the extension of these jurisdictions now as the concomitant benefits are obvious. Besides, the article 371 of the Indian constitution gives the state a unique position, sanctifying that extension of all Indian laws to the state must have its prior approval.

The substantial issues on which a realistic demand of greater autonomy can be raised thus are all well settled, leaving very little which cannot be sorted out by administrative measures. No government in India can permit the basic fundamentals to be reopened. What then remains as of substance in the demand for greater autonomy? It should not be forgotten that a greater autonomy in the Valley will ignite demands for autonomy in Ladhakh. Kargil, Jammu and Poonch/Rajauri also. Yet, the Government of India stand on autonomy seems always to encourage the autonomy/independence seekers/separatists to demand more and more. Moreover they seem to have granted the monopoly of speaking for J&K to the Sunnis of the Valley.

Do such demands arise because some Kashmiris feel that they are not 100 percent Indians and wish to keep allegiance towards a stream of some sub-nationalism? This is a possibility the origins of which need to be investigated boldly and transparently. Is there a Kosovo like phenomenon latent or in the making in J&K? The three interlocutors appointed by Delhi to delve deep to identify the basic aspirations of the people of the J&K state and to suggest a framework for a solution of the various troubling problems of the state and who are visiting its each district to make a first hand assessment can possibly bring light on this very vexatious paradigm. 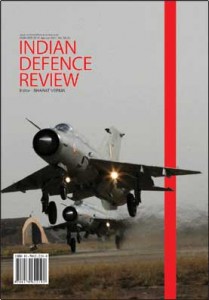 There is no denying that such sub national streams exist in some other parts of the country like Maharashtra and Tamil Nadu but the people there will reject any suggestion that they are not 100 percent Indian. The political parties of J&K, particularly the mainstream parties, have to come out clean on whether their agenda for greater autonomy is a cover for hiding whether or not they are for 100 percent Indians. It is in this context they need to revisit their demands for greater autonomy. If such unrealistic demands are given up, the other major issue, alienation, will be automatically deeply impacted. There then will be fewer forebodings over spring in J&K.