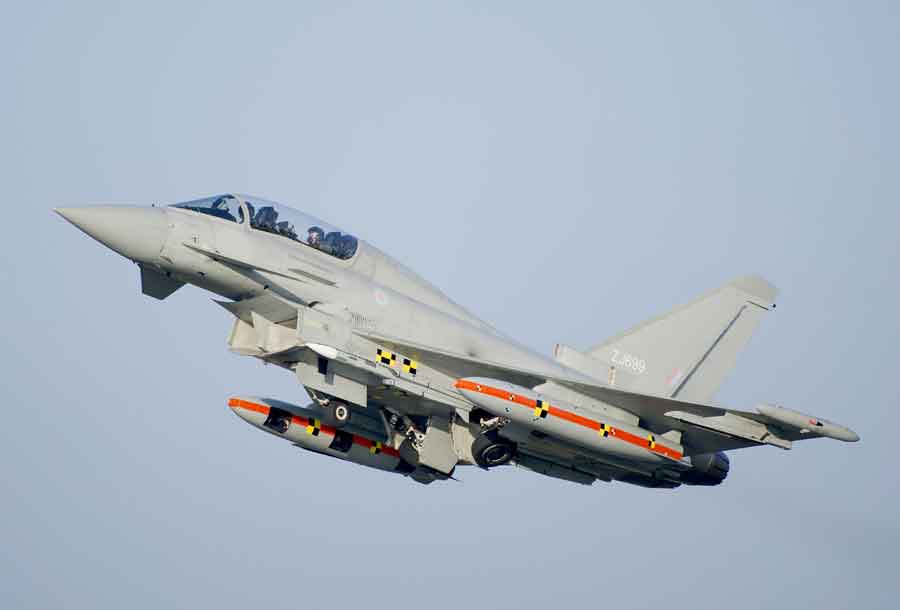 The Meteor Beyond Visual Range Air-to-Air Missile has been successfully launched from a Eurofighter Typhoon as part of the Future Enhancements Flight Test Programme.

The missile was eject launched from a rear fuselage missile station, which on Eurofighter Typhoon is semi-conformal for aircraft drag and radar signature reduction. The missile motor was fired, providing data that will allow the missile launch envelope to be expanded.

This builds on an earlier series of flight trials, carried out by partner company BAE Systems on behalf of the Eurofighter programme, where unpowered missiles were used to demonstrate safe separation on the missile.

This current package of work begins the full integration of the Meteor missile with all Eurofighter Typhoon systems.

The flight trials were conducted with integrated support from QinetiQ and MBDA at a firing range in Aberporth, Wales, UK on the 4th December.

After taking part in the Meteor trials, BAE Systems Typhoon Test Pilot Steve Long said: “By completing these initial Meteor flight trials, Typhoon has taken a significant leap forward in operational capability.  As a fighter pilot, you ultimately want the best possible combination of aircraft and advanced weapons to ensure mission success and to get you home safely. The range and performance of the Meteor weapon goes a long way to achieving this – with confidence.  A potent long range missile, coupled with a highly agile aircraft gives us a very potent and very powerful mix.”

Meteor, a beyond visual range air-to-air missile manufactured by MBDA will provide the Eurofighter Typhoon aircraft with the next generation of cutting edge weapons capability.  Featuring advanced air breathing motor technology for maximum range and the latest electronics to deliver optimum combat performance, it will ensure that Eurofighter Typhoon remains the world’s most advanced multi role aircraft and will further complement its short and medium range air-to-air missile capabilities.

The integration of the Meteor weapon is a game-changer on the battlefield; adding another layer to Eurofighter Typhoon’s swing-role capabilities and ensuring the pilot is able to engage hostile air threats at long range at the same time as identifying and engaging targets on the ground.