According to the Chief of the Air Staff, Air Marshal PV Naik, the Indo-Russian Fifth Generation Fighter Aircraft (FGFA), the state-of-the art stealth fighters will be inducted into the Indian Air Force by 2018 to effectively counter emerging threats in the region. As China is rapidly modernising its air force, the IAF is making all efforts possible to enhance its combat potential. India plans to procure around 200 of the FGFA at unit price of $100 million. 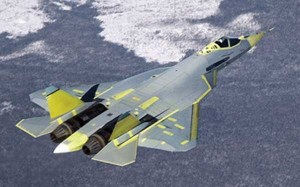 The FGFA would have the capability to match and outperform the US F22 Raptor and possess technologies which would provide India the edge over adversaries in future air warfare. India is also in the process of finalising an $11 billion contract for 126 Multi Role Combat Aircraft (MMRCA). Apart from inducting new aircraft or upgrading ageing fleets, over 50 airbases along the Chinese and Pakistan border are to be modernised.

Agreement between the two Governments for the FGFA programme is already in place. However, detailed agreement between Hindustan Aeronautics Ltd (HAL) and the Sukhoi design bureau, are expected to be finalised by the year end. HAL is expected to build the mission computer, cockpit displays and other navigation systems for the aircraft as also design and construct the two-seater variant for the IAF. The Russian Air Force prefers the single seat variant. However, both air forces will induct a mix of both in conformity with their preference.

India plans to spend at least $32 billion over the next five years to modernise its weapons inventory largely of Soviet/Russian origin.