The IAF has enough air assets to support the operationally very important Battlefield Air Support (BAS) mission. In addition to targeting enemy airfields, movement of enemy ground forces, especially their strike corps and reserves would have to be thwarted. In the mountainous region, India would have to interdict and close supply routes by air-action. The Indo-Russian FGFA, which is a derivative of the in-development single-seat Russian Sukhoi PAK-FA, will join the IAF by the end of this decade.

For centuries, foot soldiers fought with organic weapons. Maritime operations allowed wars to be prosecuted at much farther distances across seas. But it was the advent of air power in the 20th century that revolutionised war fighting ability both in speed of prosecution and the level of destruction. Since WW II, the war effort has been driven primarily by air power. For initial decades, the air elements were part of the Army and used more like extended artillery. Thus, of the many aerial missions that evolved, Close Air Support (CAS) was among the first.

CAS is defined as air-action by fixed or rotary wing aircraft against hostile targets that are in close proximity to friendly forces. These required detailed planning and integration of air-elements, ground fire, troop positions and movements of friendly forces. Often, the risk to own ground forces and attacking aircraft, vis-à-vis the dividend, was high. It was then considered that a more effective mission could be to interdict military enforcements and logistics reaching the battlefield. Thus evolved the concept of Battlefield Air Support (BAS) Mission.

BAS involves air-attacks against targets that tend to affect ground combat a few hours or days later compared to the immediate effect of CAS. It is also referred to as a subset of air interdiction wherein battlefield air interdiction is carried out against the enemy with near-term effect on friendly units. Increasingly critical significance of technology and lethal employment of heavy force at short notice, have become the most important determinant of success in war. 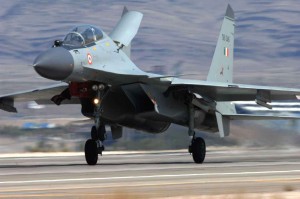 Modern aircraft are power houses of technology and can undertake multiple missions with high accuracies from stand-off ranges. A single SU-30 MKI can accurately deliver more lethal power than a squadron of older MiG-21s. Unmanned aircraft have brought in a new dimension all together. The stealth fifth generation aircraft could cost around $120 million. There is thus a debate in the military aviation circles on assignment of missions to different airborne platforms. One among these is cost effectiveness of use of fifth generation aircraft for BAS.

Unlike in WW II, where military-industrial complexes, ground forces, bridgeheads and weapon placements were clearly defined military targets, in Vietnam for the first time, US air power faced ill-defined, on-the-move guerrillas. In spite of the CAS being relevant, there were high air casualties. Again, when the juggernaut of the coalition forces initially rolled into Iraq, they faced an unconventional air war against well-armed insurgents. Urban warfare in built-up populated cities has risk of high collateral civilian damage and casualties. Accurate intelligence and Precision Guided Munitions (PGM) thus became premium.

In Afghanistan and West Pakistan, attacking the Taliban and Al-Qaeda supply lines had its dividends but targeting civilian looking operatives/terrorists in caves and hutments required a new approach. Often, technology doesn’t work in the cellars of buildings or in caves. Highly motivated adversaries may not get intimidated by overwhelming air power.

Air interdiction or deep air support is a mission to make preventive air attacks against enemy targets. Such attacks delay and disrupt enemy response. This is an ability that all air forces possess. Typical objectives in tactical interdiction are meant to affect events rapidly and locally, for example, through direct destruction of forces or supplies en route to the active battle area. This forms part of BAS.

The best examples of BAS have been the Allied air attacks against the Axis forces in North Africa and Normandy during WW II. The enemy’s supply and transportation infrastructure was targeted. Coalition air interdiction efforts in the 1991 Gulf War were extremely successful in isolating frontline Iraqi units from their bases in the rear. Intelligence, much of it derived from space and airborne sensors, gave an unusually clear picture of enemy locations, and the open desert terrain similarly facilitated air interdiction operations.

In the Indian context, there are large rival conventional forces, which make it necessary to have large ground force including Strike Corps.

The attack aircraft were designed to carry out low-level strikes delivering weapons accurately in ground attack missions. US attack aircraft had a prefix ‘A’. However, with the advent of technology, accuracy of weapon delivery from height, multi-role fighter-bombers and the line of so-called specialisation blurred. In WW II, Americans and British had A-36 and P-51 as dedicated CAS aircraft but they were more open to use various other fighter bombers for the role. The Soviets too, had designed dedicated ground attack aircraft such as the Ilyushin 2. Rotary wing gunships were introduced in Vietnam.

Cargo aircraft fitted with guns such as Lockheed C-130 are still in use. The American A-10 Thunderbolt II (Warthog) and Su-25 (Frog-foot) are very successful ground attack aircraft in CAS role. The US Bomber B-1B was extensively used to deliver JDAMs and GPS Guided Bombs in Iraq in CAS missions. The F-16, Mirage-2000, Tornado GR4, AV-8B Harrier and the F/A 18 Hornet have all been used in CAS role in Afghanistan.

Increasingly, targeting is being aided by electronics and optical technology to identify and direct fire. Air platforms are also used for convoy escort as well as command and control enhancement in low intensity conflict. Higher speeds and heights of aerial/space platforms, stealthy aircraft, advances in all-weather surveillance equipment, higher endurance through aerial refuelling, Unmanned Aerial Vehicles (UAV), stand-off PGMs, all added to lethality of air power. Advanced technology gave the ability to see and attack the enemy from greater heights and even in total darkness. As platforms and weapons became more advanced and in turn expensive, the targets became ill-defined and relatively inexpensive. Cost-to-kill vs return-for-kill became unfavourably prohibitive. Imagine using a $120-million aircraft dropping a $200,000 weapon to eliminate three ‘suspected’ Taliban operatives.

The world is currently going through the ‘Fourth Generation’ wars which are characterised by blurring of the lines between war and politics, combatants and civilians, conflicts and peace, battlefields and safety. While this term is similar to terrorism and asymmetric warfare, it is much narrower. Fourth generation warfare usually has the insurgency group or non-state side trying to implement their own government or re-establish an old government over the one currently running the territory. The blurring of lines between state and non-state is further complicated in a democracy by the power of the media.

Air Forces today, therefore, have to prepare for war involving Force-against-Force conventional war, sub-conventional low-intensity conflict and possible tactical nuclear exchange. At the conventional level, the shifting strategic-tactical differential and compression of time and expansion of space in the arena of conflict, has circumscribed the range of options available. Technology remains a double-edged sword and there is still no straight-forward substitute for boots-on-the-ground. In the recent past, the world has seen asymmetric wars. Even after 18 months of air-assault against the Islamic State in Syria and Iraq, there is great temptation and pressure to send boots on the ground.

In the Indian context, there are large rival conventional forces, which make it necessary to have large ground force including Strike Corps. Experience in Kargil established that BAS was crucial but the hilltops had to be conquered by foot soldiers. Any assessment and force structure change requires projections on sub-conventional and other threats such as counter-insurgency to arrive at key recommendations for the armed forces. Some argue that a CAS mission be handled more directly by the ground forces with integral air power. This would require duplicity of expensive air assets. Risk-to-benefit ratio will have to be carefully analysed. UAVs will often replace manned aircraft. 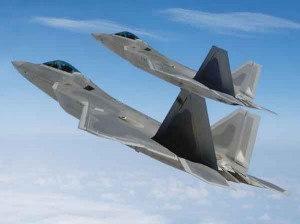 The Lockheed Martin F-22 Raptor, the only combat-ready fifth-generation fighter entered service in 2005. Lockheed Martin F-35 Lightning variants have just started entering service. The Sukhoi PAK-FA, HAL AMCA, Chinese J-20 and J-31 and Turkish TAI TFX (with BAE Systems support) are under various stages of development. These aircraft will operate in a ‘Combat Cloud’ along with future UAVs.

F-22 programme was closed in 2015 after spending $67.3 billion on just 188 aircraft averaging $357 million apiece. The average unit cost of F-35 is around $125 million. Even the cheaper Indian FGFA will cost over $100 million. While the relatively cheaper Joint Direct Attack Munitions (JDAM) costs around $40,000 today, the Tactical Tomahawk costs $730,000. Now that is a lot of money.