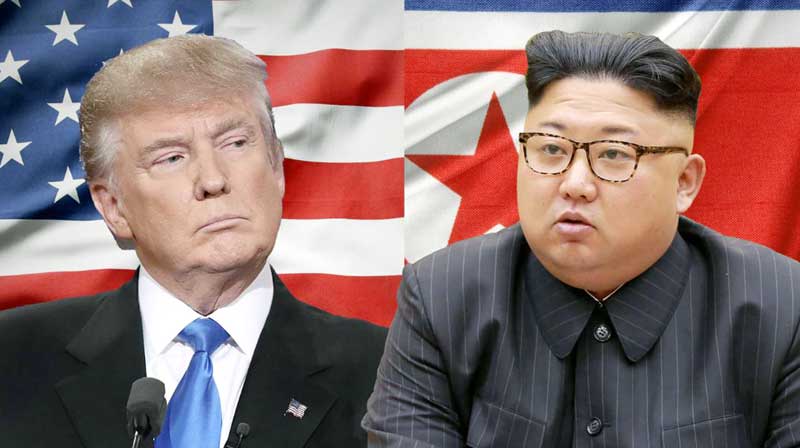 US President Donald Trump hoping North Korea would agree to denuclearize is akin to successive US Presidents asking Pakistan to quit exporting terrorism and shut down the terror sanctuaries in Pakistan. Latter despite majority of US-NATO casualties in Afghanistan because of Pakistani support to Taliban, Haqqanis and Pak-based proxies like Jaish-i-Mohammad and Lashkar-e-Taiba reported operating in Afghanistan by the United Nations Assistance Mission in Afghanistan since 2016. No doubt the US is also aware that both North Korea and Pakistan have intimate support of Beijing.

Post the euphoria displayed by Trump in his tweets after his first summit with North Korean President Kim Jong-un at Singapore in 2018, there was ample evidence that North Korea was going ahead with its nuclear program, even though US is drawing solace from the fact that North Korea has not conducted any nuclear tests since 2017.

A number of reasons are being attributed to the collapse of the Hanoi summit, like lack of adequate advanced preparations on both sides which resulted in unrealistic expectations on the US side. But enough months had elapsed between the first Trump-Kim summit and the second one.

If preparation time wasn’t enough, did US negotiators recommend postponement of the date to Trump? The cavalier top-down diplomacy of Trump is also cited for the collapse but given the totalitarian behaviour of President Kim, it is apparent he loved the top-down approach since it propelled him on the global stage; matching him  with the US president. Yet, it would be naïve to have not noticed and drawn conclusions why before both the summits with Trump, Kim travelled to Beijing for discussions with Chinese President Xi Jinping.

For Trump, the Hanoi Summit perhaps was more political than any hope of resolution; diversion from testimonials against him at home to the US Congress, and more importantly, hope for ‘some’ progress with North Korea before the next US presidential election slated in November 2020.

The US possibly proposed Hanoi as venue for the second summit to showcase to Kim new found US-Vietnam camaraderie and how US is and would help Vietnam’s progress economically. But given the continuing US-China trade friction, strategic estrangement between the two and how Beijing is sensitive to the smallest signal, wonder if US appreciated how China would view the choice of Hanoi, Vietnam’s Capital. In 1979, China under Deng Xiaoping invaded Vietnam to teach them a lesson, but instead received drubbing of their life. Xi Jinping was then a secretary in China’s Ministry of National Defence.

Trump has been saying, maybe for the sake of   pretenses, that China is helping the US in denuclearizing the Korean Peninsula. But there is a reason why the US intelligence has been pointing out that North Korea will never give up its nuclear pursuit. Thomas Reed, former US Air Force Secretary (himself having designed two nuclear devices) in his book ‘The Nuclear Express: A Political History of the Bomb and its Proliferation’ pointedly states that China has intentionally proliferated nuclear technology to risky regimes.

More significantly, in an interview with US news at the time of release of his book, Reed explained that China under Deng Xiaoping, decided to proliferate nuclear technology to communists and Muslims in the third world based on  based on the strategy that if the West started getting nuked by Muslim terrorists or another communist country without Chinese fingerprints, it would be good for China. China had raised objections on Reed’s book but when Reed disclosed that his assertions were based on discussions with Chinese nuclear scientists, the objections were withdrawn.

That is why China assisted nuclear programs of Pakistan and North Korea. Reed also alleged Chinese have in the past assisted Saudi Arabia and Algeria on the nuclear front, in addition to Pakistan and North Korea.  Going by the nuclear proliferation philosophy of Deng Xiaoping (Xi Jinping’s mentor) China would love to see North Korea fire at least one nuke against another country (US, Japan, South Korea?) just to displace the US oomph of being the sole country having used nuclear weapons. With virtually  unchallenged militarization of South China Sea, coupled with her military modernization and fast-paced R&D, Beijing wants the ‘Chinese Dream’ and Xi’s goal to make China a ‘Great Power’ realised earliest.

Referring to the Hanoi summit, President Trump has said that no deal was better than a bad deal, while his Press Secretary described the meetings very good and constructive in discussing ways to denuclearize and economic driven concepts. US Secretary of State Mike Pompeo Mike Pompeo noted that although real progress was made, North Korea couldn’t go far enough to satisfy the US. All this amounts to diplomatic jargon, which does not cover fiasco of the Hanoi summit. The North Korean offer didn’t include other nuclear facilities at all.

As for ending nuclear and long-range missile tests, computer testing can continue. Besides, China can offer its territory for North Korean testing, as she did for Pakistan in the past. The Catch 22 indicates possibility of such stalemate continuing endlessly, especially with the North Korean Foreign Minister asserting that North Korea’s position would not change, in saying, “This kind of opportunity may never come again …. Our fundamental stance will never change and even if U.S. seeks further talks, our position won’t change.”

It is quite possible that Trump may seek more meetings with Kim, as Mike Pompeo has already indicated. But the US needs to acknowledge that China would not want North Korea to denuclearize, as also would Russia given the geopolitical environment; both want US out of the region. Besides, China has been actively helping North Korea despite UN sanctions. North Korea and Pakistan are and will remain nuclear talons of the ‘dragon’ fashioned on Deng’s dream.