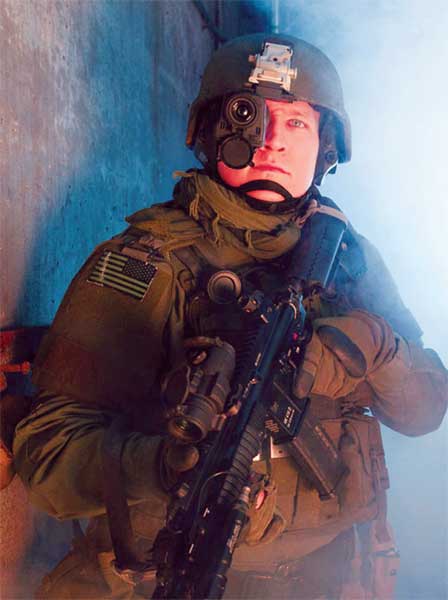 It is learnt the while first round of the trials was over towards the end of 2014 but there is still need to confirm a few more facets wherein certain minor issues of non-compliances were noted against all participating vendors. The Army HQ needs to expedite the process of Field Trials so that the troops get the long-awaited Assault Rifle. Under the prevailing circumstances, the Infantry can consider itself to be lucky if at all it gets any Assault Rifle by 2017-2018.

Light Machine Gun: The performance of the current 5.56 mm LMG is far from satisfactory, the OFB has not been able remove various defects it suffers from, to the satisfaction of the field army. The holding state is critical and above all, it suffers the deficiency of the volume of effective fire because its caliber and single barrel. Globally, LMGs are lighter now and have longer ranges with great accuracy and heavy volume of firepower.

An RFP for procurement of 9,500 LMGs along with the ToT for indigenous production of LMG with caliber 7.62×51 mm which is belt-fed through attachable ammunition box or drum or pouch, firing in service ball and tracer ammunition with an effective range of 800 m, weight 9.3 kg, length not more than 1200 mm, with a telescopic sight, spare barrel and Mil STD picatinny rails.

The RFP was responded once again by world class global weapon manufacturers and the Technical Evaluation Committee (TEC) has been completed but the participating vendors have not been able field the equipment for trials as they have not been able to self-evaluate their LMGs with OFB manufactured 7.62×51 mm ammunition before they offer their LMGs for trials in India. The LMGs once introduced in service will fire the Indian OFB manufactured ammunition, so it is critical for the participating vendors to check the vital parameters of their LMGs with Indian ammunition before offering for trials. The red tapes at the OFB end and their inability to make available on payment couple of thousands of rounds of ammunition to these vendors is delaying the kick-start of commencement of LMG Field Trials. The trials of the LMGs can only commence early 2016 and may take up to two years to conclude. 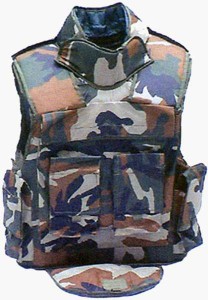 Bullet Proof Jacket: The total authorisation of Bullet Proof Jackets (BPJ) for the Indian Army is 3,50,000 and current holdings are very dismal. In October 2009, the DAC approved the procurement of 1,86,000 BPJ at an estimated cost of Rs. 900 crore. This approval was to make up the deficiencies as they existed in 2008. The BPJ would be modular with enhanced covered area, designed to give protection to vital parts of the body. It will have add-on inserts to protect front, sides, back, throat and groin. The RFP issued in March 2011 had to be retracted in December 2011 as the Army HQ and DRDO/TBRL Chandigarh could not evolve a trial methodology with which they could evaluate the BPJ.

The RFP was issued again in December 2012 after resolving a host of issues raised by DRDO and DGQA. Almost three years later the Ballistic Trials at TBRL have just begun. The ballistics resistance of body armor internationally is evaluated by the NIJ (American) and STANAG (NATO) standards. Unfortunately, the TBRL is not geared to conduct such a large scale ballistics trials. Once the ballistics trials are completed the successful vendors would then undergo Field Trials. All this is likely to take up to two more years – the BPJ may appear on the horizon in 2017. 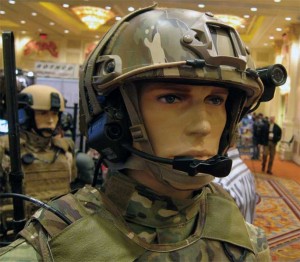 Ballistic Helmet: The DAC approved procurement of 3,28,000 Ballistic Helmets at a cost of Rs. 380 crore in November 2009 and the RFP for the same was issued in August 2011. The Ballistic Helmet will be lightweight and comfortable, made of advanced materials to provide ballistics protection to neck and ears as also facilitate the use of headset for communications radio.

The Helmet envisages two versions – the Commanders Version which would have a provision for attaching the headphones and the other, for Soldiers without provision for headphones. The trial evaluation of Ballistic Helmets has been completed and is awaiting the completion of the General Staff Evaluation. If all goes well, the Indian Army will start getting the supply of Ballistic Helmet by the end of 2016.

Knee and Elbow pads are also on the wishlist of the Infantry soldier but again, they would have to follow the MGO route…

The MILE would include a Harness, Rucksacks and Hydration Pack. Although very basic and rudimentary, they are essential and vital for an Infantryman. The question is – when does he get it?

The stringent guidelines laid down by the procurement process saw that world-famous Swiss-made multi-purpose tool/knife could not be procured by the Army HQ. A similar tool was part of an Indian soldier’s Kit in the Army earlier. Most of the global armies have their soldiers authorised such a ‘knife’. The Indian Army purchases the same Swiss Knife for its soldiers deployed on the Siachen Glacier. It is learnt that this ‘tool’ will now be procured by MGO through the revenue route because of the cost implications. Knee and Elbow pads are also on the wishlist of the Infantry soldier but again, they would have to follow the MGO route.

Passive Night Vision Binoculars and Goggles: The current scaling of both these devices is grossly inadequate and scaling needs to be done as per operational requirements and procurement action needs to be initiated at the earliest possible.

The Reflex/Holographic Sights and the Red Dot LASER Designator/ Pointer would be procured along the CQB Carbine and the Assault Rifle.

The Indian Army evolved a Night Vision Philosophy which laid down a roadmap that would enable night operations by 2015. However, nothing seems to have moved as per the philosophy, Bharat Electronics Ltd. had received the ToT of Image Intensifier tubes from Photonis France for manufacture of II devices based on XD-4 Third Gen II tubes. 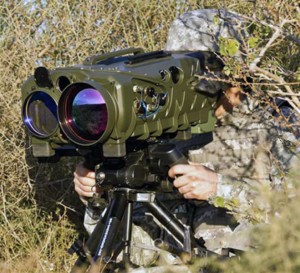 The XD-4 Tubes with a Figure of Merit of 1,200 are deemed more than sufficient for short-range weapons like carbine whose effective range is only 100 metres. However, the Indian Army took almost two years to decide that it needed a much superior II Sight for its CQB Carbine based on XR-5 II tube with a Figure of Merit of 1,700, the XR-5 II tubes come at very high cost as compared to XD-4 II tubes while offering only marginal increase in range detection capability. The RFP for the procurement of XR-5 II tube-based Night Sights for CQB Carbine was issued in December 2014 and categorised as Buy-Indian, it may take anything up to three to four years before Nights for CQB Carbine get into the service.

The Assault Rifle and the LMG would have Uncooled TI Night Sights. The assault rifles will be authorised a judicious mix of II and TI based Night Sights based on the operational requirements. Procurement action is yet to take off and it may take anything up to five years, possibly by 2020, to procure the Uncooled TI Sights for Assault Rifle and LMG.

This intelligent TI device will consist of a Laser Range Finder, digital magnetic compass, GPS and a Day/Night Channel. The device will have the capability of being networked with the Commander’s situational awareness data terminal. The current scaling of HHTAs in Infantry is inadequate and needs to be revised and procurement action initiated.

Such a sub-system would manage the entire transmission, reception, display, storage and editing of tactical information in the form of maps, text, messages, SMS and battle reports. It will be connected to single and dual band IP/Software defined radios and other sensors to provide Blue Force tracking to all commanders. They would empower soldiers with the ability to transmit and receive complex voice, data and video signals (both text and visual). The radios would have integrated GPS and cater for secure transfer of voice, data and videos through wireless LAN.

It is visualised to have three configurations – for soldiers, for the Section/Platoon/Detachment Commanders and for the Company Commander. 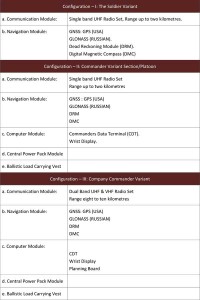 Unlike the other sub-systems of the F-INSAS programme, the Computer and Communication system is now not being pursued by the Infantry. The Infantry has now aligned itself to the Battlefield Management System (BMS) being pursued by the Directorate General of Information System. The main reason for this sudden switch can only be ascribed to the inability of Infantry Senior Commanders/Chiefs to be able understand the basic nuisances of the Integrated Soldier Modernisation Programme as originally envisaged in the Concept of the F-INSAS programme. The BMS is focussed on platform-based entities while for Infantry the low power consumption to increase its sustainability as well as reduction the weight on his shoulders are of major concerns and not to forget the integration all sub systems in to One System – for “F-INSAS is a SYSTEM” encompassing many sub-systems.

As has been the experience of the global armies who have been only able to field so far (because of the cost implications and fast technology obsolescence) a Brigade-size force or at best, plan to field a Division-size force in the near foreseeable future. The Indian Army has to first “scale” each piece of equipment for each soldier, then decide its operational priorities for test beds and finally, the manner in which the F-INSAS would gradually with its various upgrades reach the almost 400 Infantry Battalions. It is definitely a long march for the Infantry and its Senior Commanders need to understand this and take a well thought out call, for the cost implications are extremely high and technology obsolescence, equally rapid.

The future of the F-INSAS today is at the crossroads where the Weapons Sub-System and Body Armour and Individual Equipment Sub-System have made tangible progress and gradually, the basic weapons and BPJs, Ballistic Helmets along with other accessories over a horizon of two to five years would find their way in to Infantry Battalions. But the same may not be true for its Night Enabled Operations capability and its ability to operate seamlessly in a net-centric operational scenario; which is still a distant reality. The progress of Project F-INSAS is being carefully monitored by most advanced armies and it needs to be pursued by the Indian Army as an integrated, not piecemeal, effort. Integration of all the sub-systems is very critical to provide real time sensor to shooter interface otherwise stand-alone sub-systems would not meet the basic aims of the project.

Former Deputy Director General in the Infantry Directorate.   Brig BS Chauhan, SM; is from Kumaon Regt and hails from the District Pithoragarh (Uttrakahnd). The Officer has extensively travelled in this region as he has served in Kumaon Scouts, in his individual capacity he undertakes treks in the region frequently. As a Child he has lived here and travelled up to Lipulekh with his Uncle) who was in charge of construction of Bridle path: Kalapani-Lipulekh.)

One thought on “F-Insas Programme: Future Infantry Soldier As A System – A Reality Check”