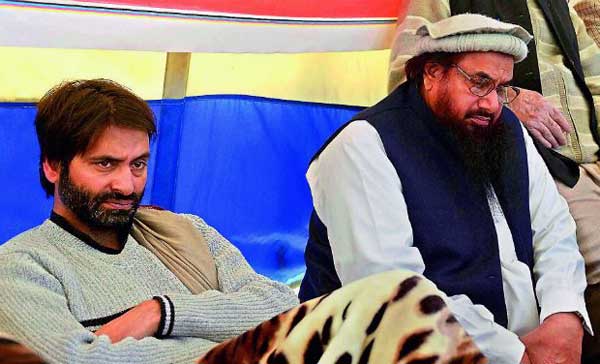 It is not the military-intelligence establishment of Pakistan, which was solely responsible for the sabotage of NSA level talks between India and Pakistan, the pre-dominant role was that of Hafiz Saeed and to some extent the Hurriyat leaders in India. The other abetting forces were some mainstream political parties of J&K, which are essentially Kashmir Valley centric, as has always been the case since 1947.

Hafiz Saeed warned the Pak authorities that under the circumstances it would be difficult for him to prevent the LeT cadres from gravitating to ISIS.

Sources within Pakistan have revealed to this author that the military-intelligence establishment was very much onboard when Ufa Joint-Declaration of India and Pakistan was being drafted. The drafting process was a horrid, painstaking and extremely contentious affair. The imposing presence and influence of Russia and China was a significant factor. Considering that India–Pakistan Joint Declaration was on the sidelines of the Shanghai Cooperation Organization (SCO) meet and therefore could not be allowed to sully the atmosphere. Pakistan had no choice but to give in. India prevailed and the ‘K’ word did not intrude the joint statement. It was effectively stone-walled.

Subsequently, as per sources in Pakistan, Hafiz Saeed met the authorities in Pakistan military-intelligence establishment and conveyed that his cadres were restive as it was difficult for them to orientate themselves against India without the Kashmir cause. He warned the authorities that under the circumstances it would be difficult for him to prevent the LeT cadres from gravitating to ISIS. Simultaneously Hafiz Saeed confabulated with the Hurriyat leaders and asked them to deliver a stern message to the military-intelligence establishment of Pakistan. Accordingly, Geelani declined the invitation from the Pakistan Embassy to attend the Eid celebrations to register his protest against the non-inclusion of the ‘K’ word in Ufa Joint-Statement.Further, at the bidding of Hafiz Saeed, the Hurriyat organized waiving of ISIS flags along with those of the LeT. It was a stern warning to the Pak authorities that Kashmiri militants were ready to switch over their loyalties from Pakistan to ISIS. It may be mentioned that the map of Islamic Caliphate released by Baghdadi includes Kashmir.

Consequently, the military-intelligence establishment of Pakistan under the pressure from Hafiz Saeed and Hurriyat permitted the LeT to carryout terrorist attacks in India at Gurdaspur and Udhampur. The intelligence and logistics for these attacks was provided by the Hurriyat.

Pakistan is now at the mercy of jihadi organizations.

It has escaped the attention of most Pakistan analysts in India that the composition of the ruling Troika, i.e. The President – the Prime Minister and the Army Chief has changed. The power that the President enjoyed was emasculated long back, the space has been occupied by the jihadi organizations.

Khaled Ahmed in an article in Indian Express, ‘Pakistan’s New Normal’ dated 18 August 2015 wrote that while Pakistan has been making noises about its external sovereignty at various international forums, it is rapidly losing its internal sovereignty. He says that the State has lost its writ not only in the tribal areas and Balochistan, but to a great degree in Karachi as well, the city which contributes most to the coffers of Pakistan. He further says that internal sovereignty has been lost in parts of Southern Punjab and Islamists hold sway on the towns and cities that dot the Peshawar–Pakhtunkhawa Highway. In other words, Pakistan is now at the mercy of jihadi organizations. Khaled Ahmed forebodes that without ‘internal sovereignty’no state can survive, and Pakistan shares this similarity with dying states like Afghanistan and Somalia.

Pakistan has reduced itself, Hafiz Saeed and likes are in a position to blackmail the military intelligence establishment of Pakistan or even threaten it.

The military-intelligence establishment of Pakistan had the confidence that the jihadi discourse that it created for proxy war in India and Afghanistan could be bridled or rolled-back as long as the nerve center of the country, i.e. Punjab remained unaffected and under its sway. It is Punjab which provides 70 percent of the manpower for the armed forces. However inroads by jihadi forces in the state could not be prevented. Pakistan’s Punjab today has become the most radicalized and dangerous region of the country. While the state is the predominant manpower source, it is also the main source for the parallel military, like the LeT, Hizbul Mujahideen and Jaish-e-Mohammad. The jihadi discourse in Punjab has in effect tribalized the Punjabis.

Salmaan Taseer, the Governor of Punjab, was assassinated in 2011 in Islamabad for raising his voice against prosecution of minorities. His bodyguard and assassin Mumtaz Qadri is a toast of Pakistan. When he entered the Supreme Court premises, rose petals were showered on him by the public and lawyers alike. No lawyer dared to take up the case against him. The Judge who passed stricture against him was compelled to flee the country. More recently just before the scheduled meeting between the NSAs of India and Pakistan, the Home Minister of Punjab (Pakistan) Mr Shuja Khanzada was assassinated. His mistake – he had the gumption to claim that the entire command structure of Al-Qaeda had been liquidated. Lashkar-e-Jhangvi (LeJ), a rabid anti-Shia organization claimed responsibility. The state of Pakistan therefore does not enjoy the ‘monopoly of violence’.

The NSA talks therefore had to be derailed by Pakistan. In this derailing process the Hurriyat and some mainstream political parties of the Valley played no mean role.

Pakistan state is therefore scared of jihadi organizations and so is the case with Pakistan military, notwithstanding Operation Zarb-e-Azb.

This is the prevailing reality of Pakistan, which is being exploited by the jihadi organizations. Under the circumstances that Pakistan has reduced itself, Hafiz Saeed and likes are in a position to blackmail the military intelligence establishment of Pakistan or even threaten it.

Pakistan had two important instrumentalities for waging proxy war against India, i.e. the Dawood Network and the LeT Network. In the run-up to the NSA meet, India had such evidence about the respective networks that the complicity of the Pakistan state became outrageously naked. Evidence against Hafiz Saeed was in flesh and blood by way of Naved. The situation for Pakistan became hopeless and it was left with no maneuver space.

The NSA talks therefore had to be derailed by Pakistan. In this derailing process the Hurriyat and some mainstream political parties of the Valley played no mean role. The leaders of mainstream parties spoke in forked tongues – the father in support of India and the son/ daughter in support of the Hurriyat and by extension, Pakistan. These political families have perfected this business and taken upon themselves to facilitate the ‘electoral route’ to Pakistan in concert with the Hurriyat.

Till the time the two terrorist organizations, the LeT and the Hurriyat enjoy respectability in Pakistan and India respectively, there can never be enduring peace between the two countries.

What is the solution? Simple, if we have the gumption and integrity. The proxy war against India as mentioned earlier is essentially being carried out by the Dawood Network and the LeT Network. Both these networks stand thoroughly exposed. The nerve center of these Networks is in Pakistan, but the arms are in India. Dawood has criminal influence over three major aspects of India’s national life, i.e. Bollywood, Politics and Cricket. His larger network comprises Bollywood film personalities, activists, lawyers, so-called intellectuals, politicians and segments of media. They were exhibition during the hanging of Yakub Memon. Some 17 PR firms had been employed by the Dawood Network to stave the hanging. Each of these firms were focusing on different arenas like the legal domain, the media world, the professional activists world etc. 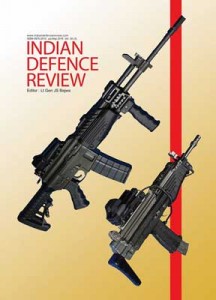 Similarly, the LeT Network comprise the Hurriyat, major mainstream political parties of the Valley, politicians, activists and some media personnel. Without the collusion of these elements, 26/11 would never have happened. If we were to crush these arms, there would be no need for Osama type operations. The two situations are vastly different. For the US, the question was one of big symbolism, for India the question is to quash the proxies and the instruments of proxy war.

It is anti-national to say that the Hurriyat are mere separatists or fringe elements. Most jihadi terror attacks in the hinterland of India, as far as Mumbai, have some kind of involvement of Kashmiri militants, as well as signature of the Hurriyat.

Till the time the two terrorist organizations, the LeT and the Hurriyat enjoy respectability in Pakistan and India respectively, there can never be enduring peace between the two countries.

8 thoughts on “Exposé: How Hafiz and Hurriyat killed NSA talks”